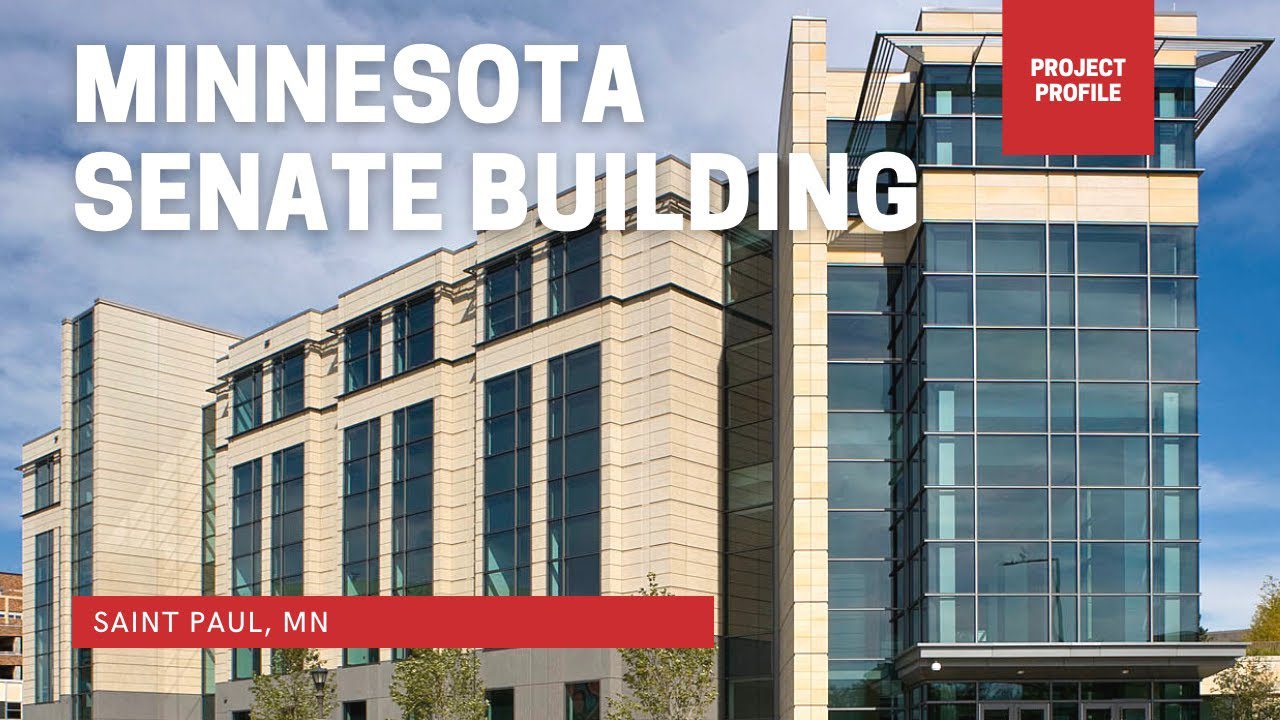 Sited northwest of the historic 112-year old State Capitol Building, the Minnesota Senate Building was designed to meet the need for an expansion of the Capitol Campus and, as a I 00-year building, to serve the citizens for generations. Its design purposefully facilitates greater interaction and communication with the citizens it represents. Radially arcing around the historic State Capitol Building, the Minnesota Senate Building’s massing gently curves to maximize views back to the Capitol. At four-stories with two levels of below-grade parking across the sloped site, the building is considered an extension of the Capitol with offices and support space for senators and their staff.

The building houses all 67 senators under one roof and supports more than 360 staffers and state employees who are also offices in the facility. The new structure also contains critical technology and infrastructure, a broadcast studio, and a 250-seat theater style hearing room. The design provides ample daylight, and senator offices on the upper two levels all have individual views of the capitol. From the main entrance to the public forum hearing rooms, everything radiates to the state capitol and is even reflected in the design of the plaza landscape.
Strong horizontal reveals in the precast concrete panels create shadow lines and reliefs around the building. The datum in the precast concrete panels and those with dimensional stone extend into the interior detailing. The wood paneling in the interior follows the same rhythm as the exterior. The end result is that most people can’t distinguish between the precast and the stone as they walk by the building.

The Minnesota Office Building was designed and built as a landmark in its own right, architecturally distinctive and worthy of the 21st century and the residents it represents. Designed as a 100-year building to stand in complement to the State Capitol, it gives deference to its historic neighbor while welcoming guests, office staff, and legislators into a facility designed for democracy and citizen participation. 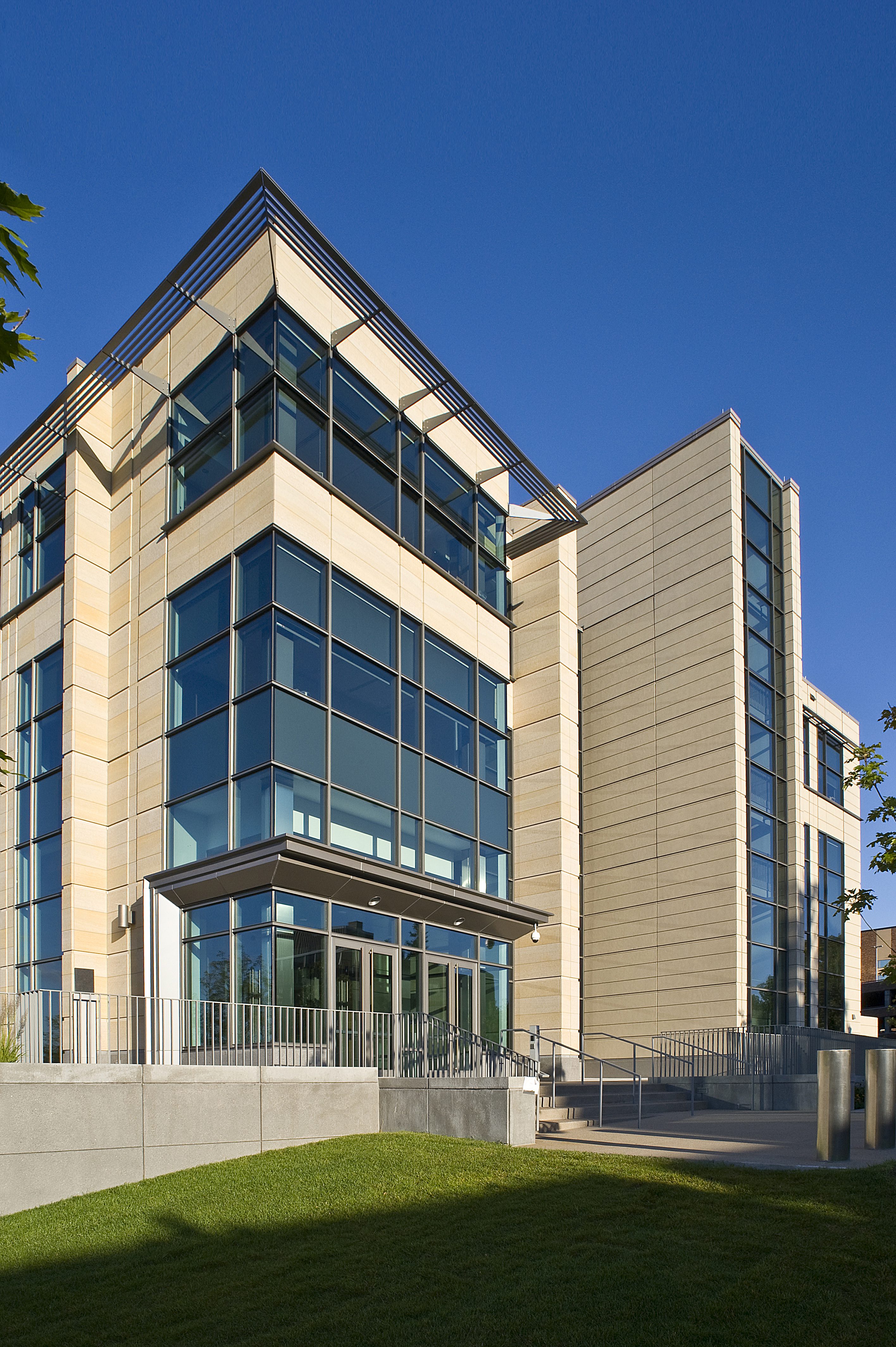 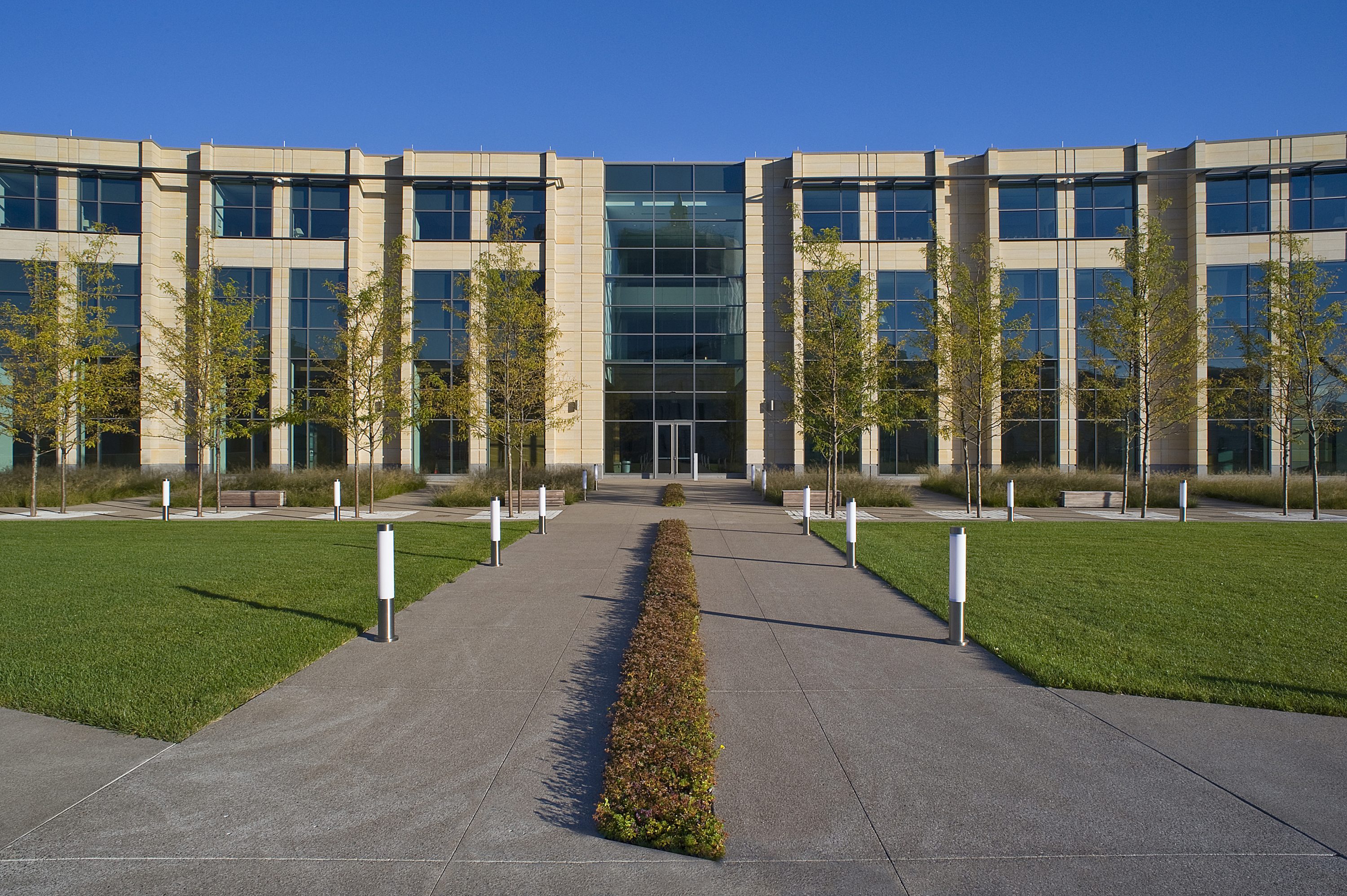 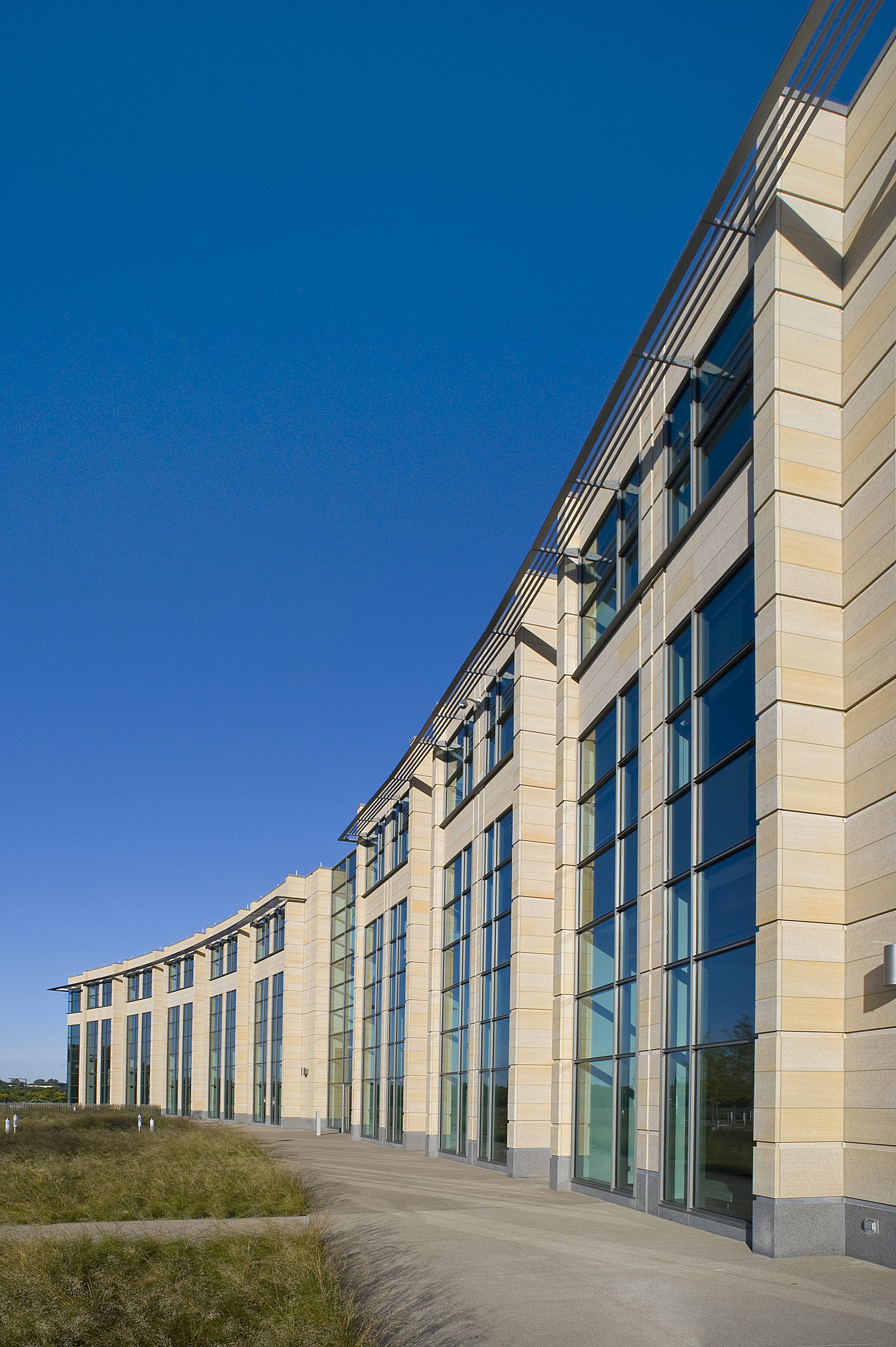 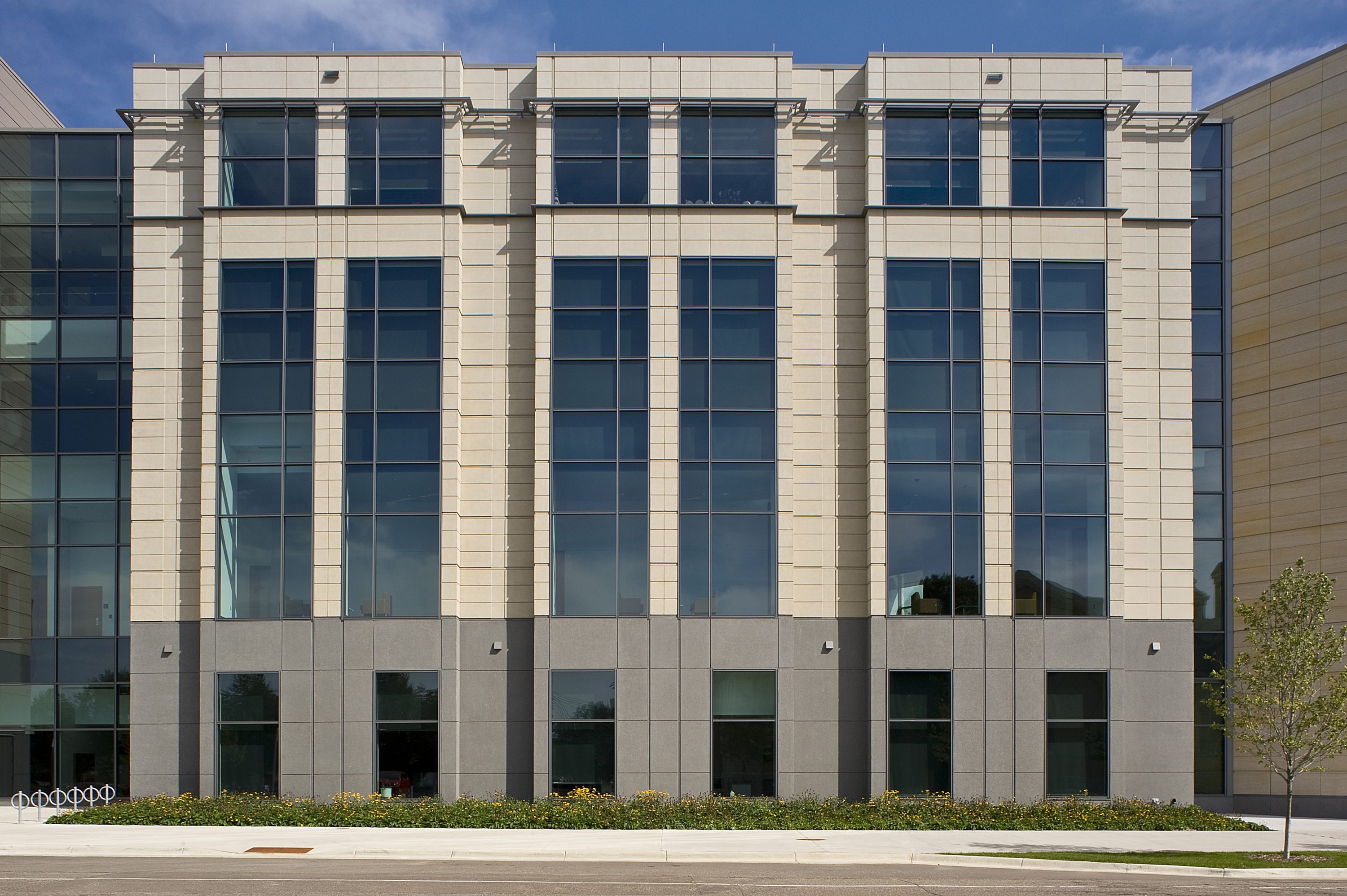 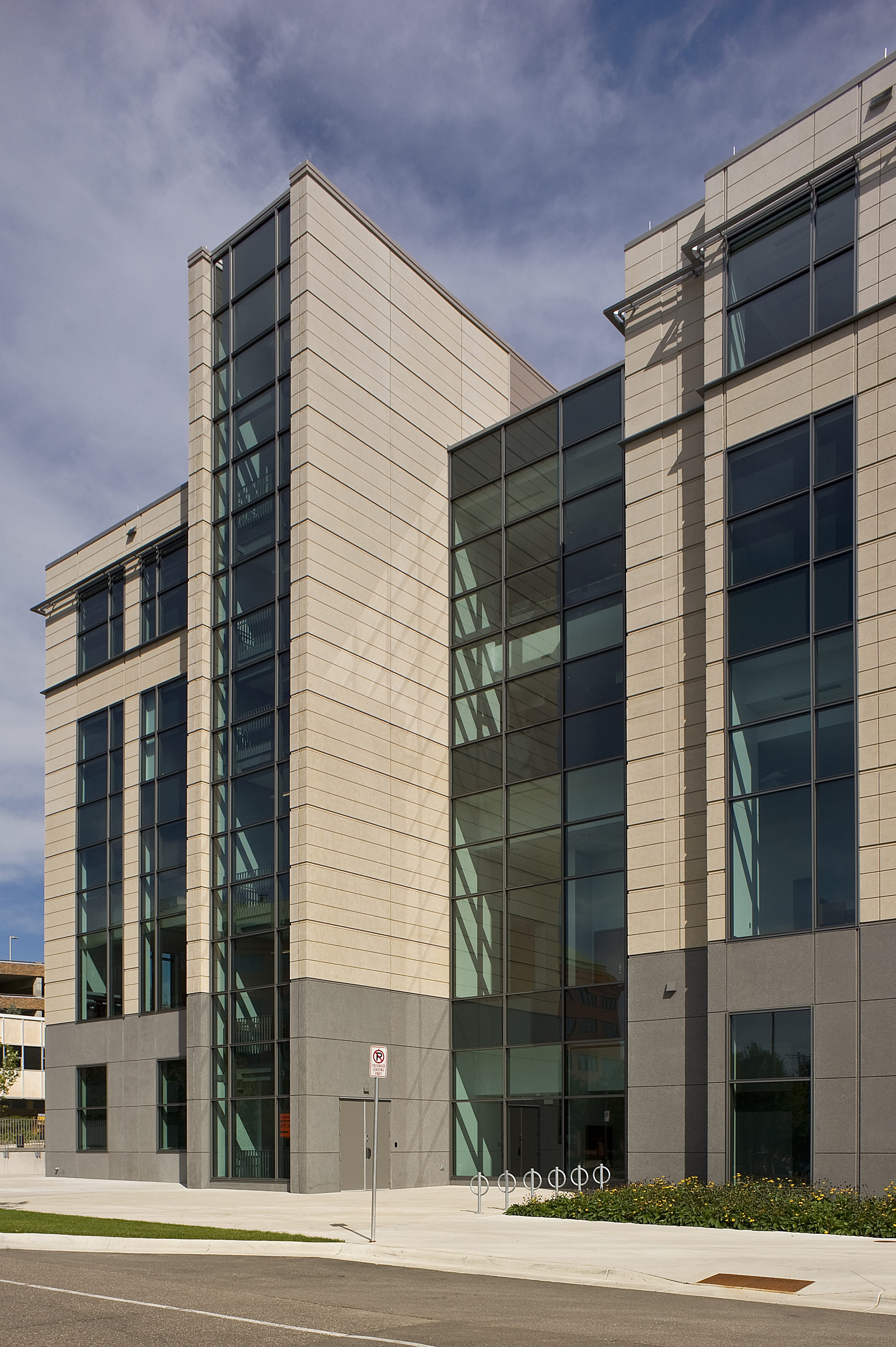 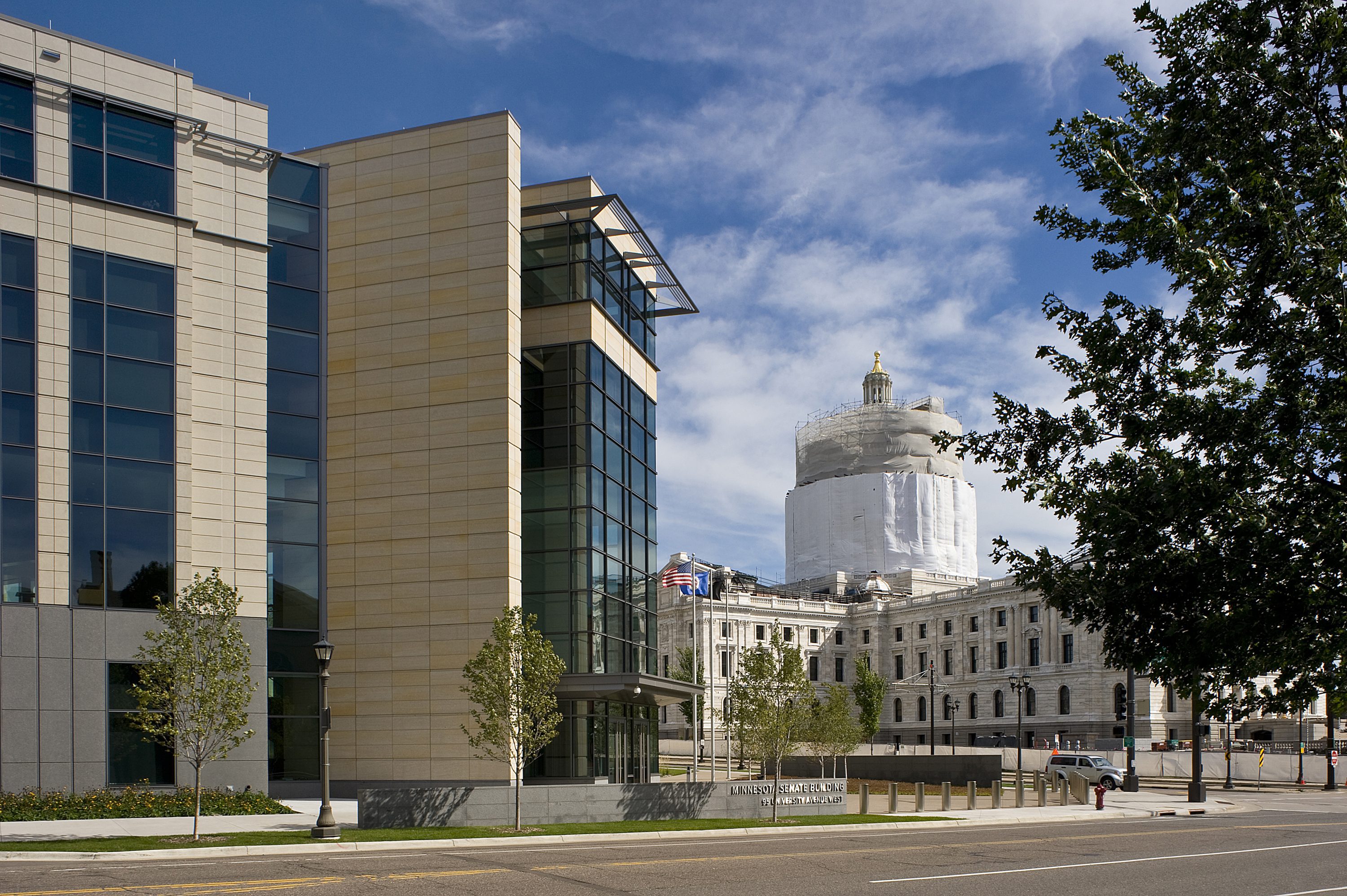 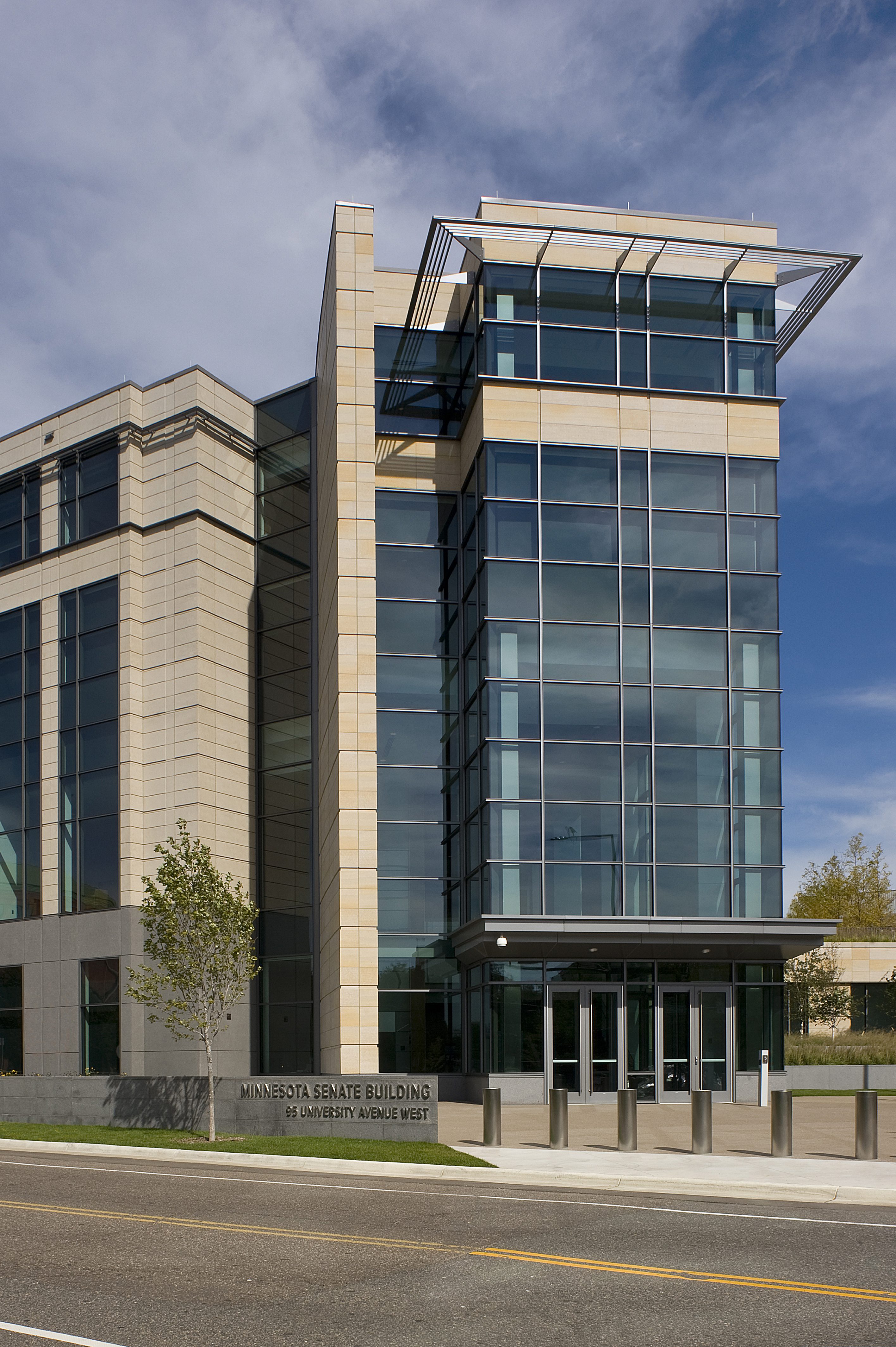 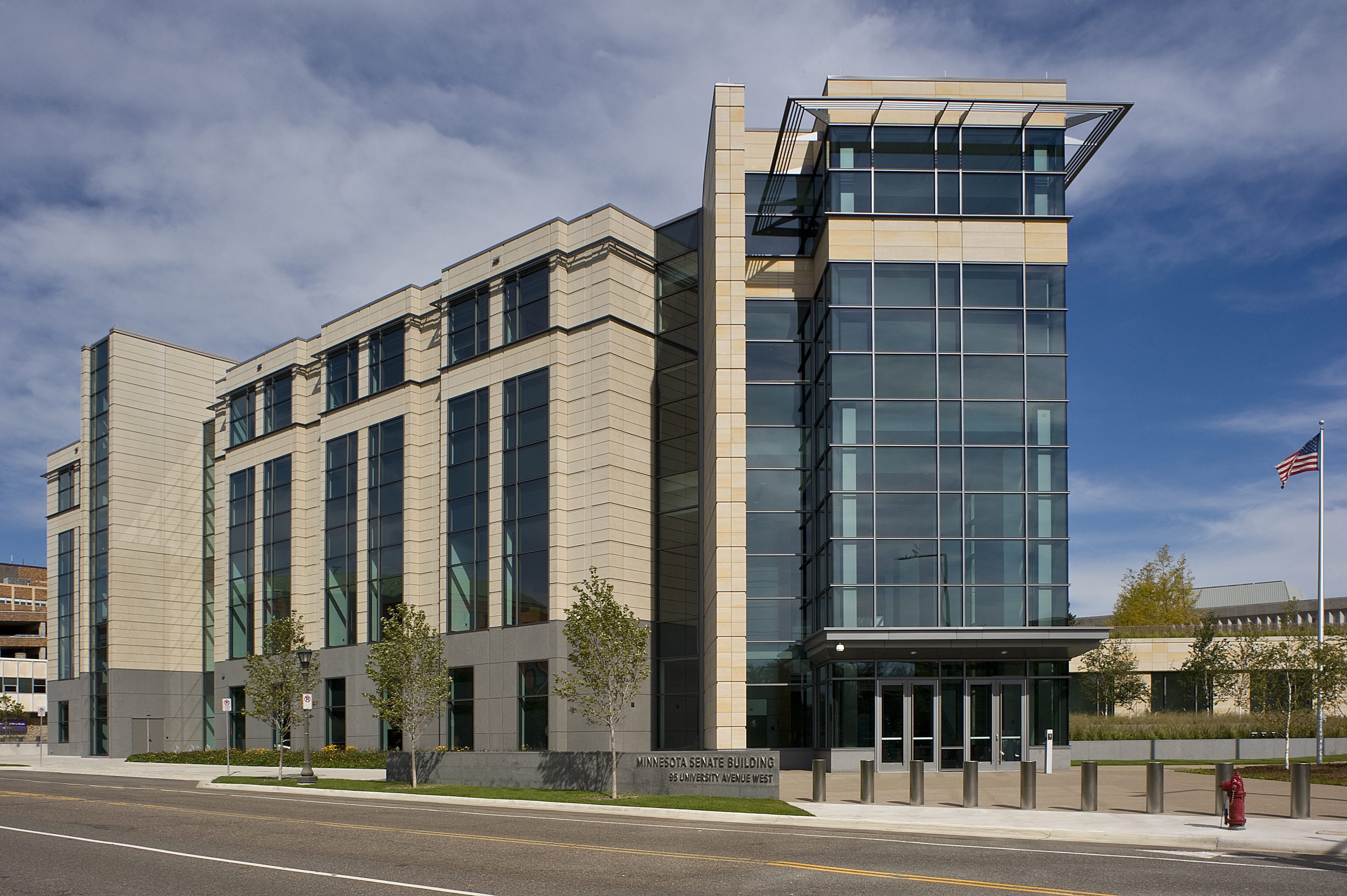 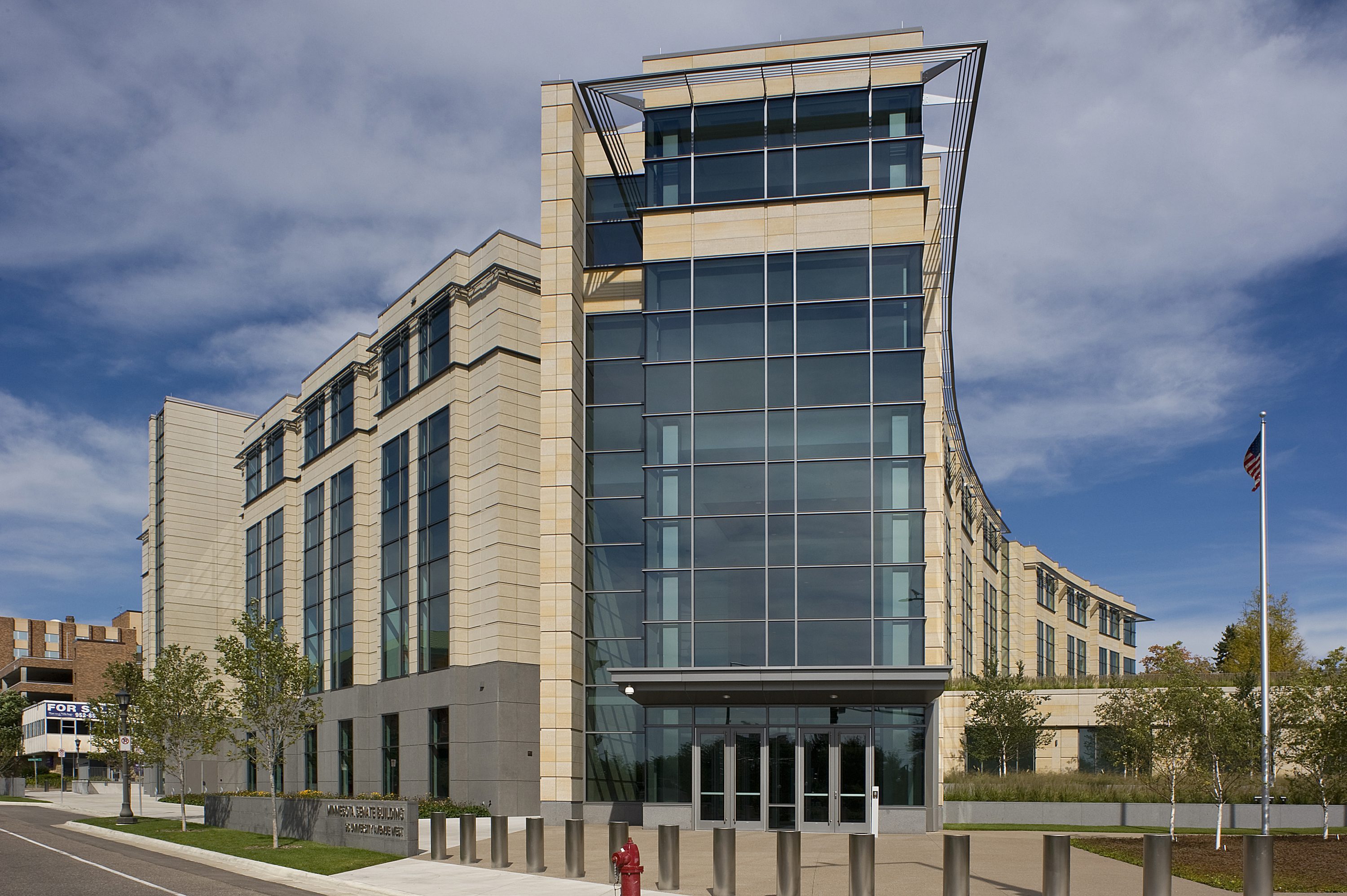 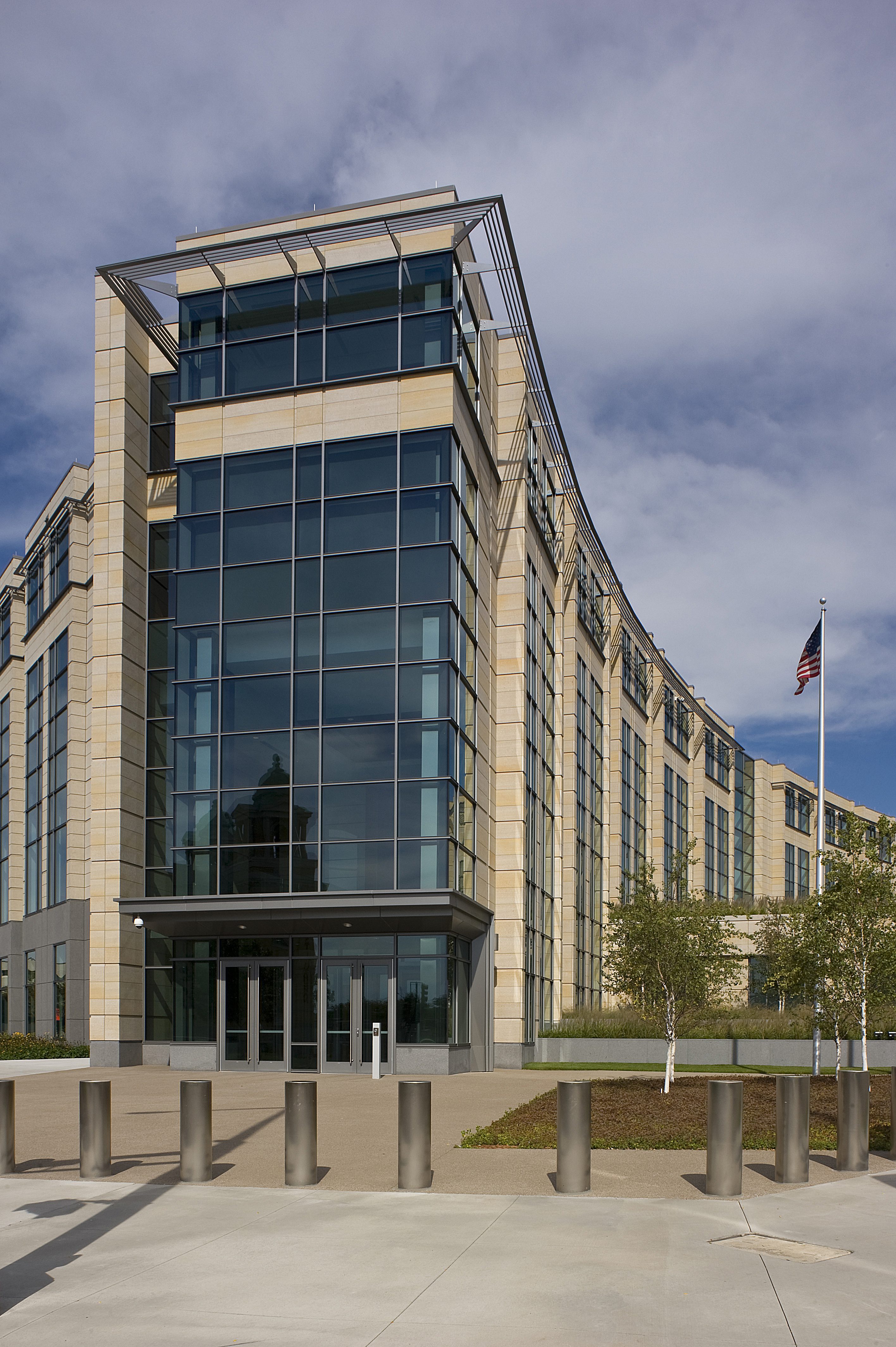 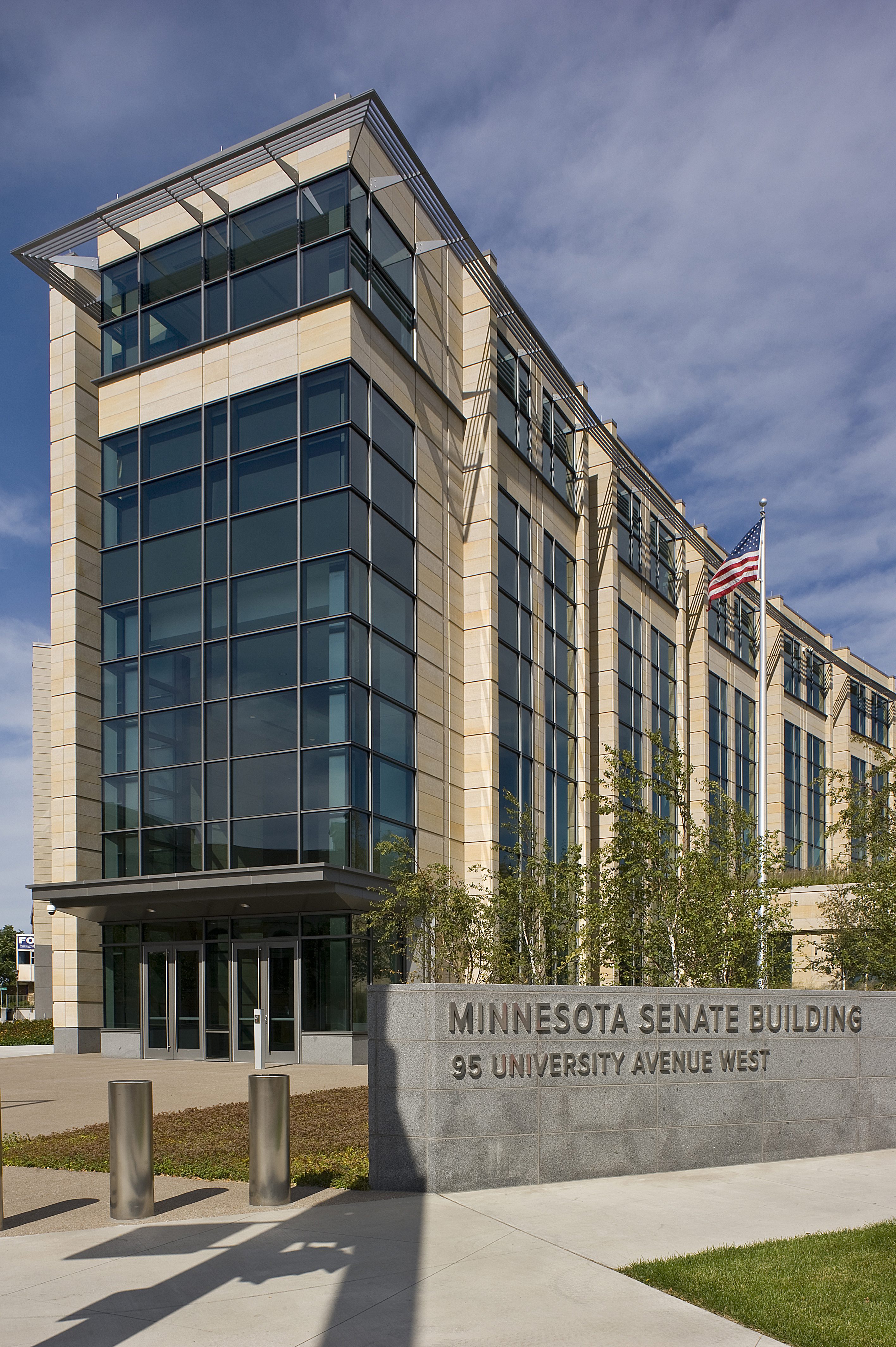 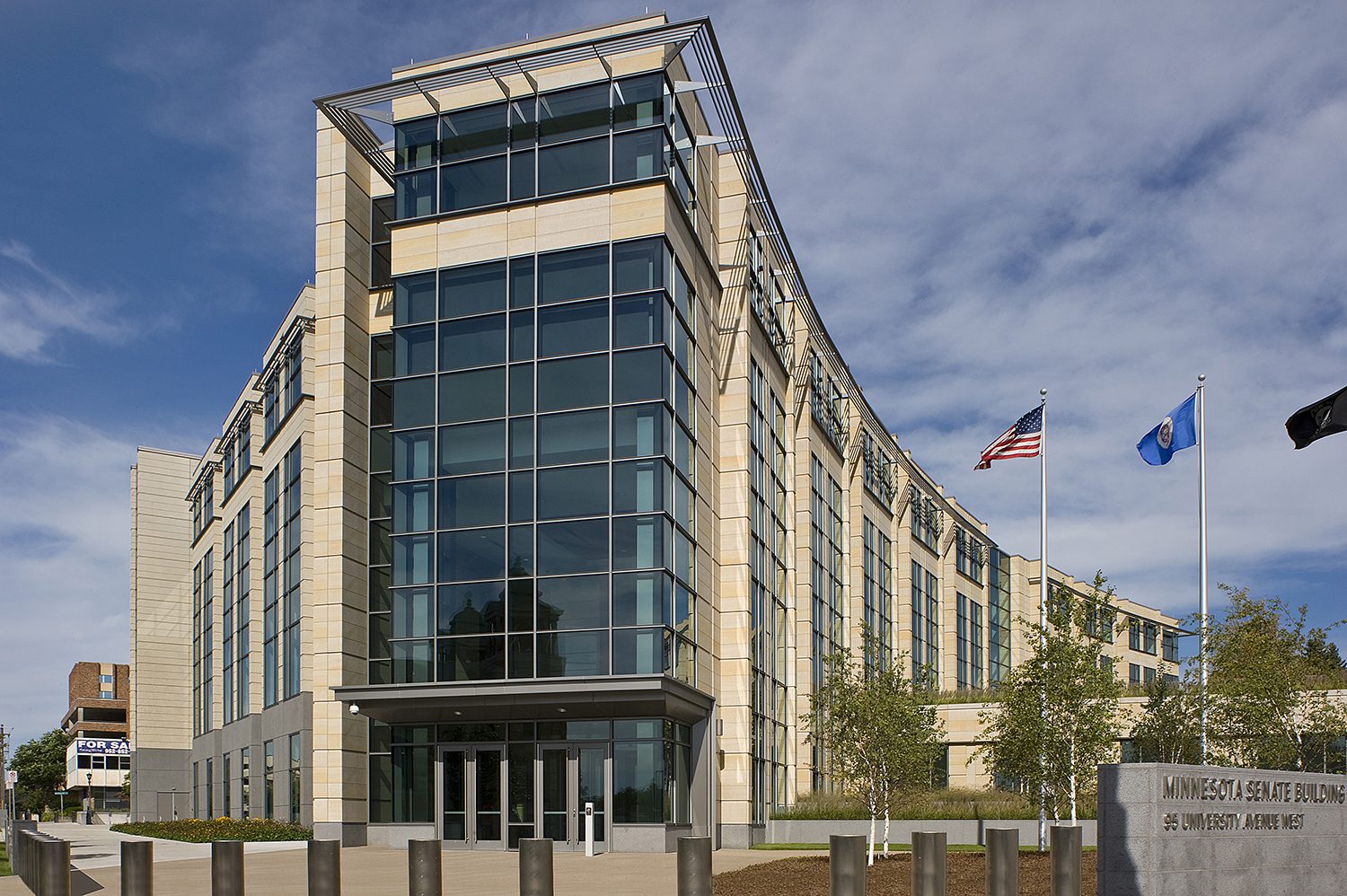 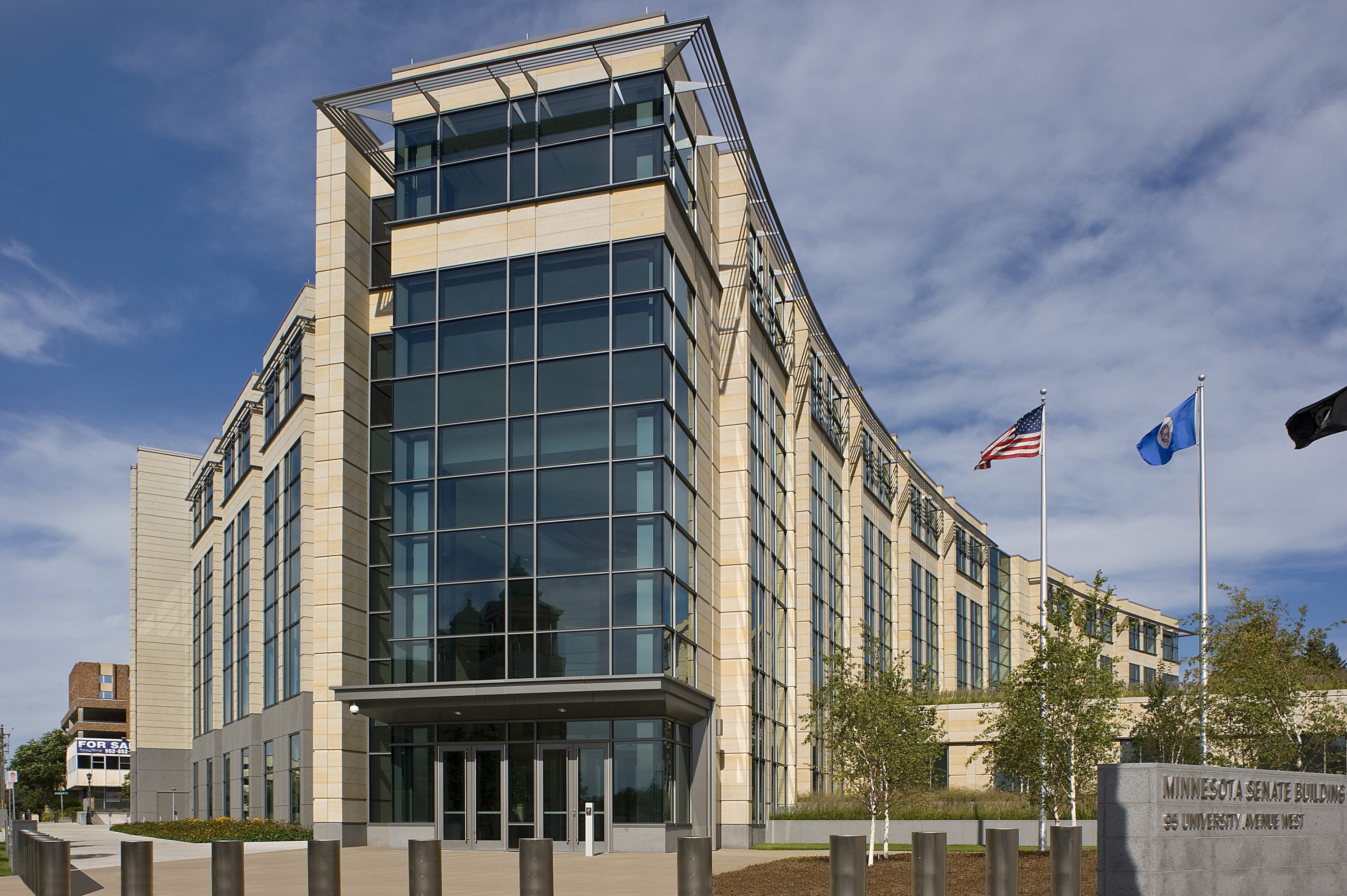 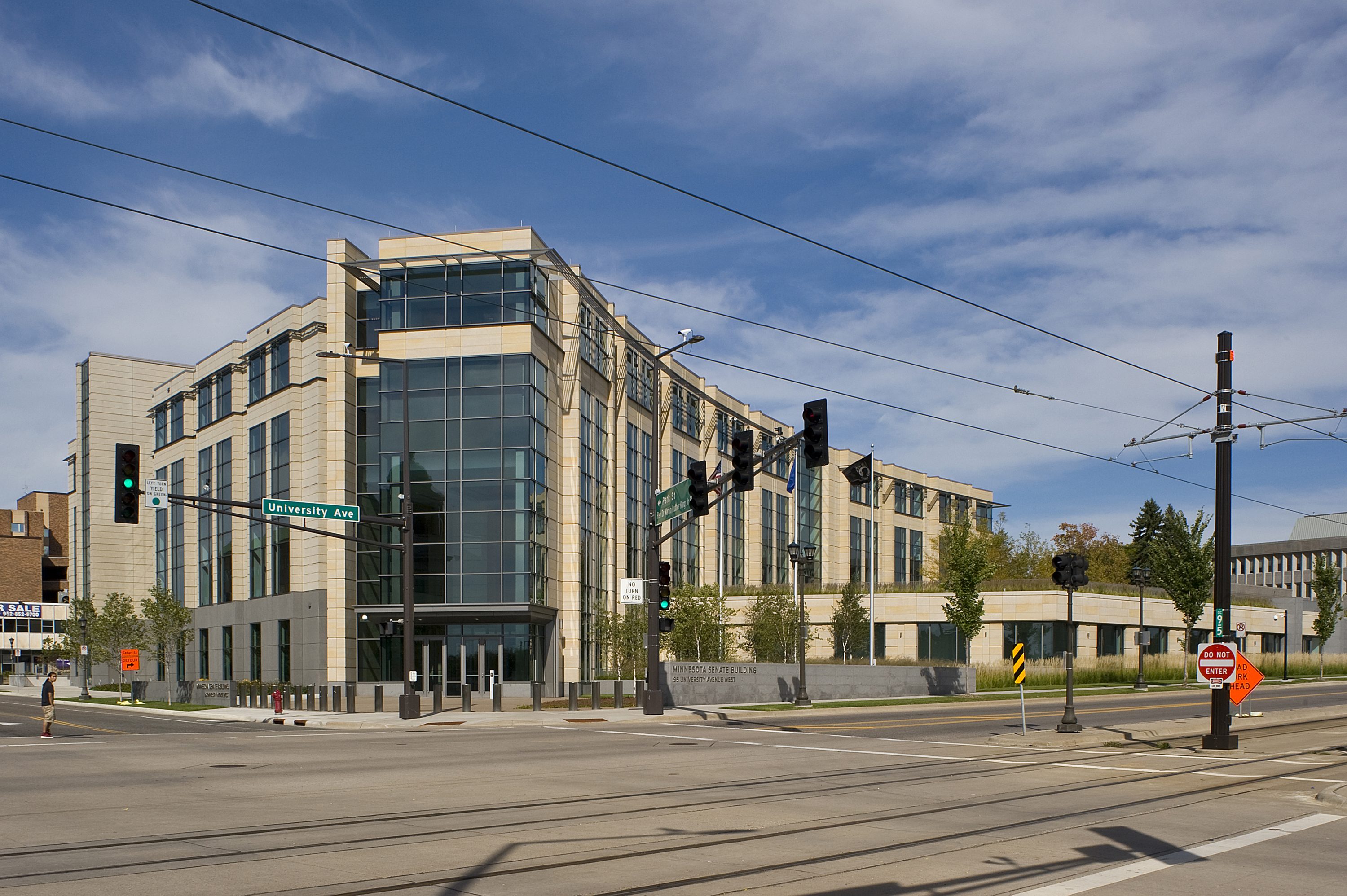 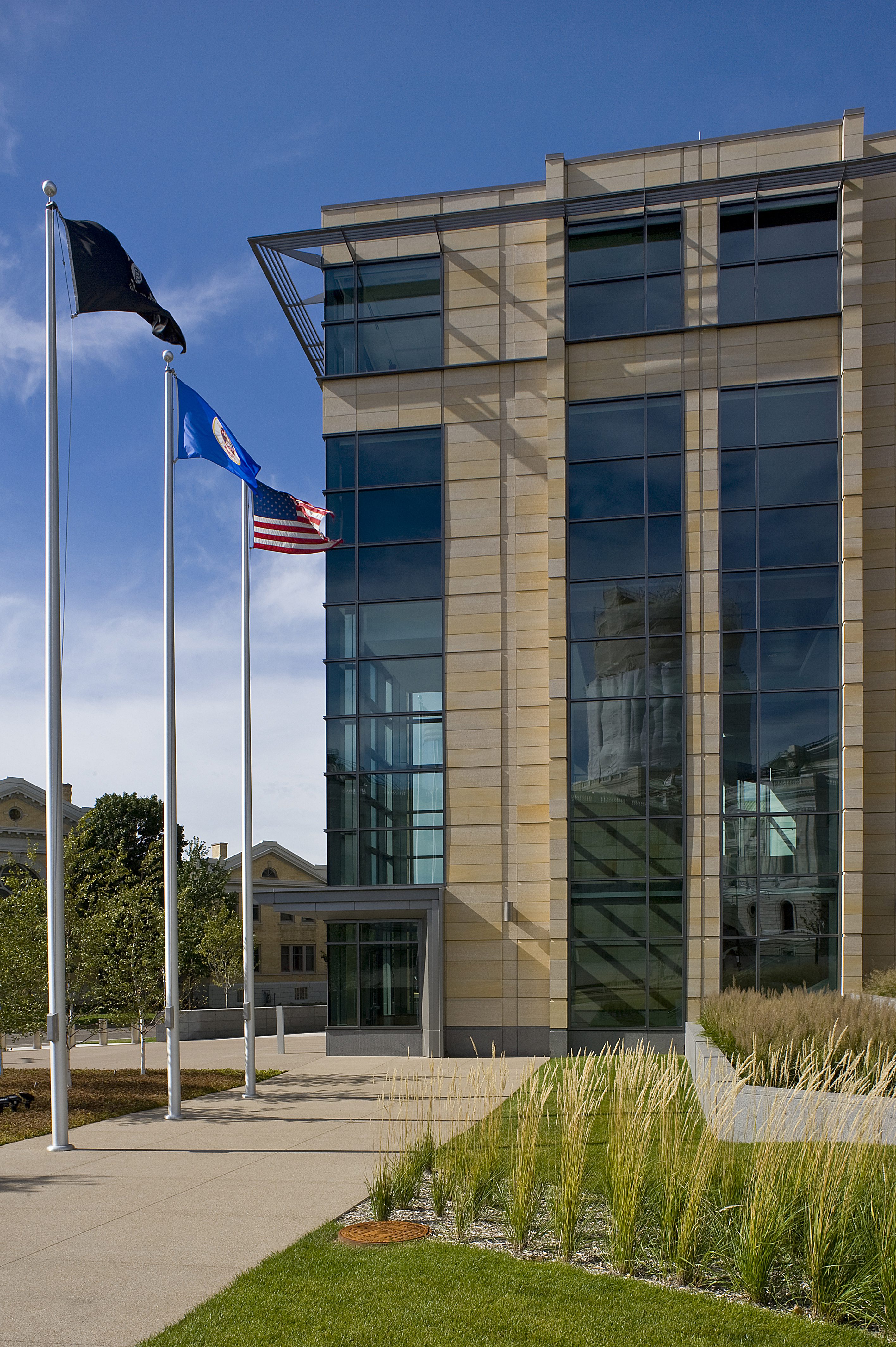 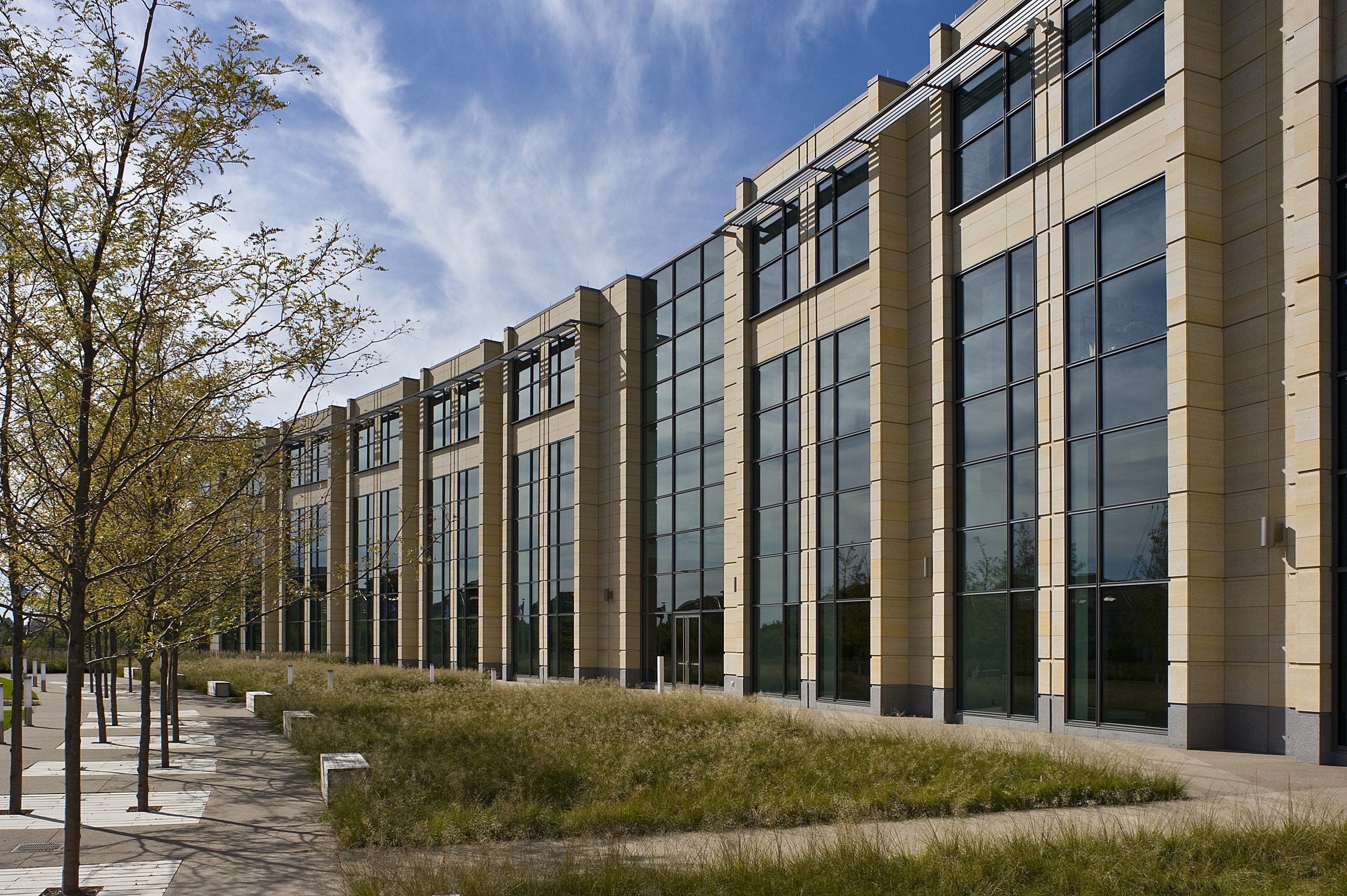 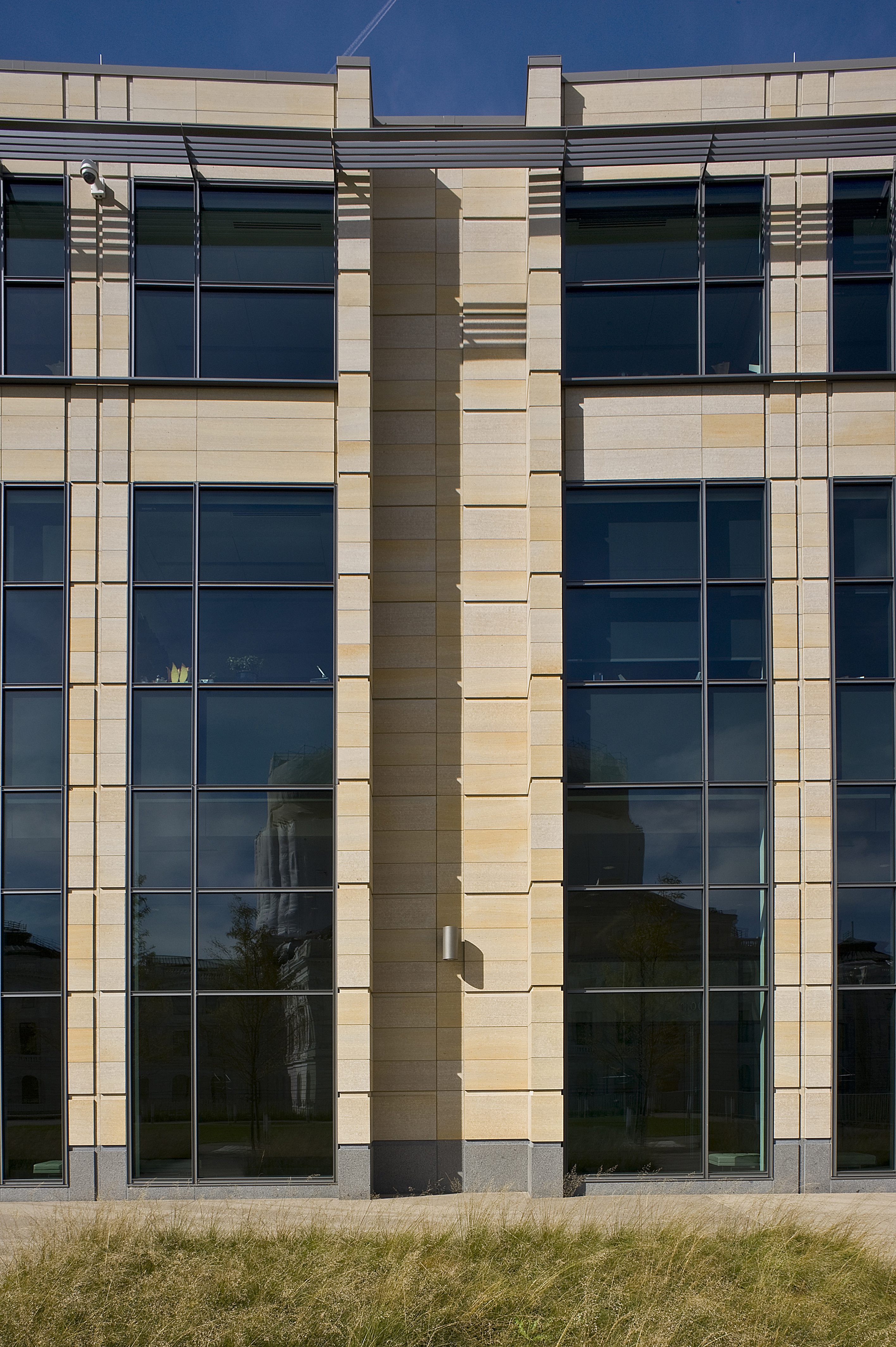 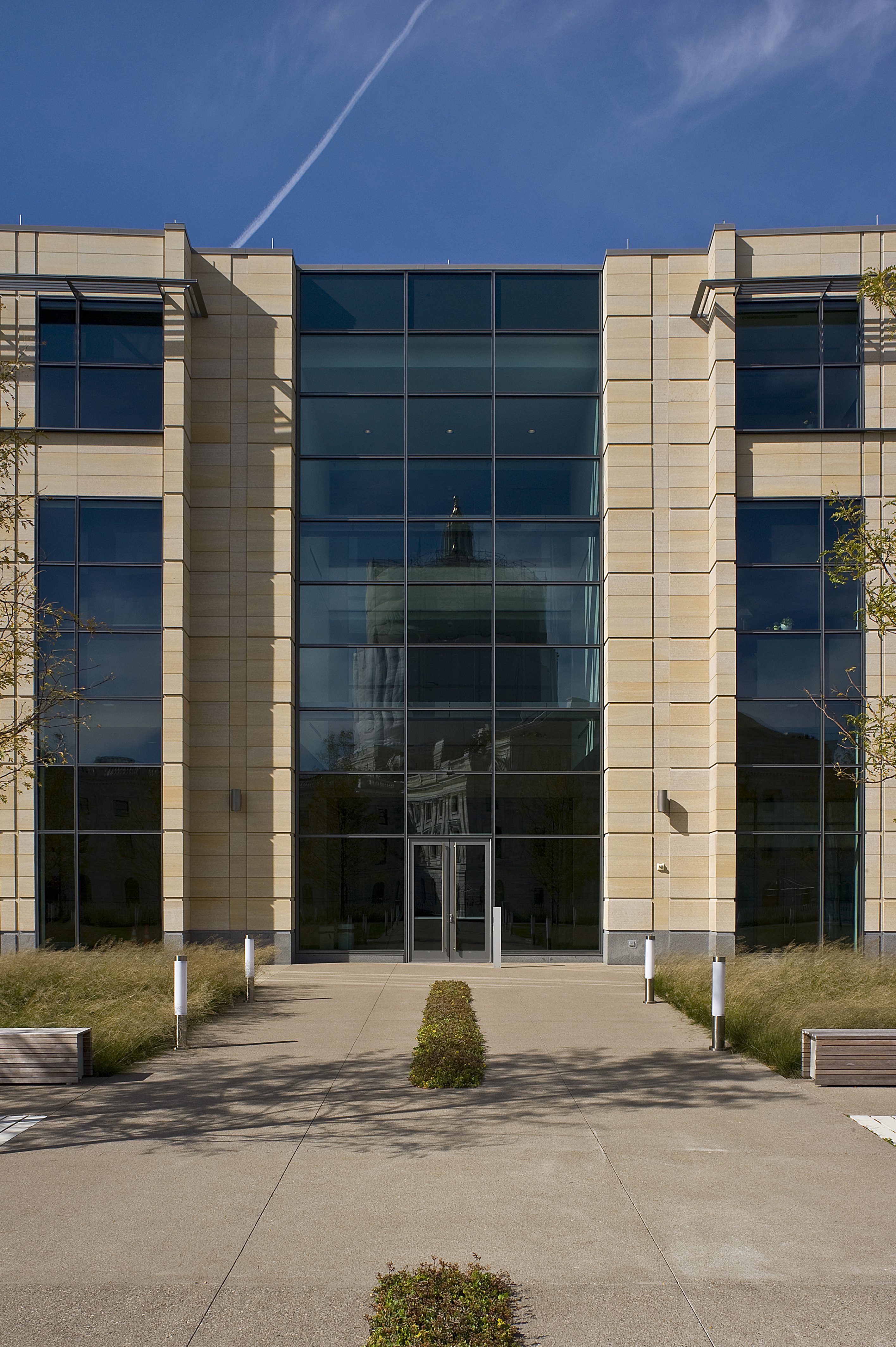 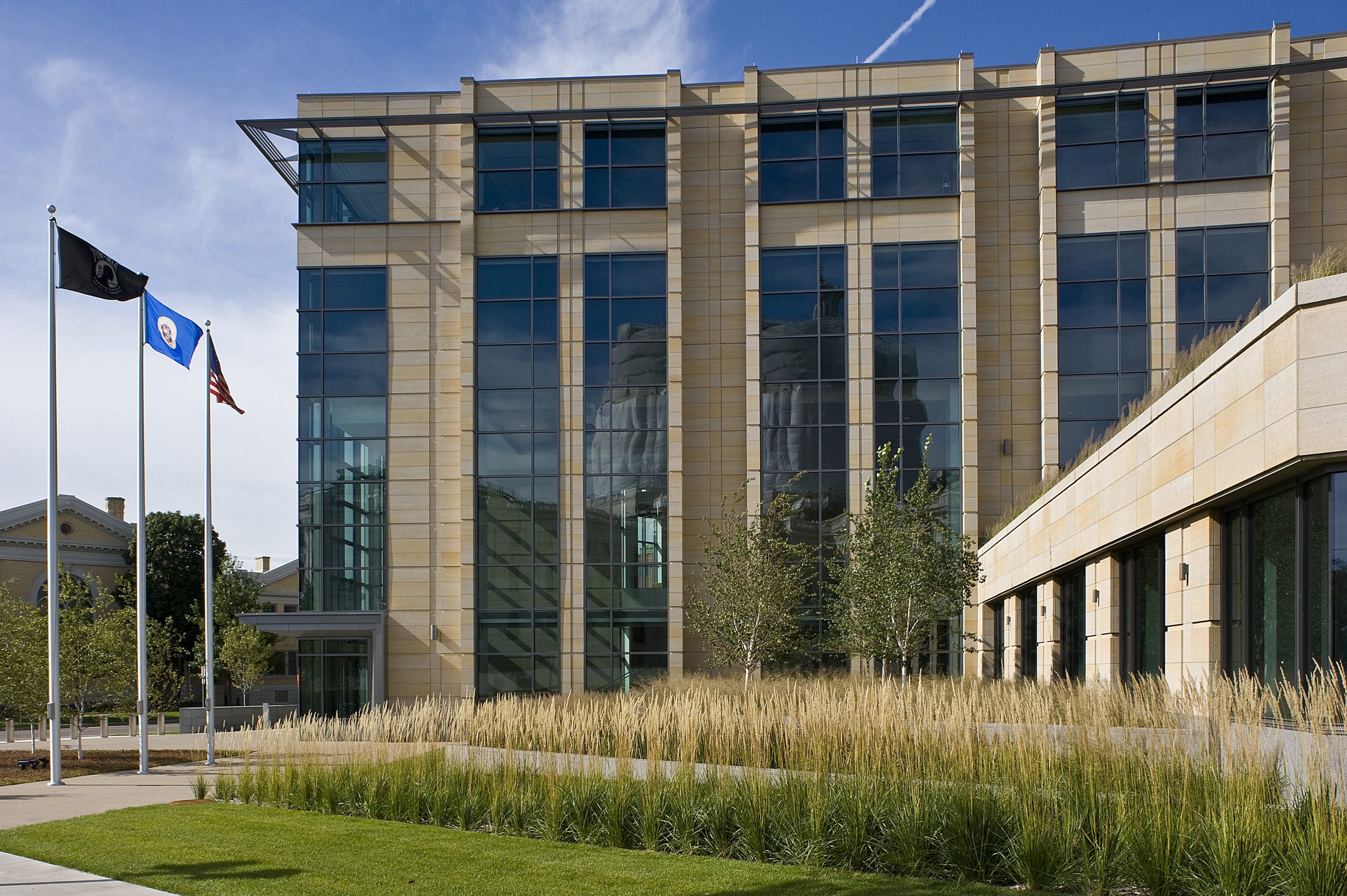