Since its opening in 1974, Orchestra Hall has played a vibrant role in the cultural and civic life of Minneapolis. The original design by Hardy Holzman Pfeiffer focused on the auditorium experience; the lobby spaces were considered temporary and were to be replaced after 15 years. But it was 39 years before the renovation and expansion project was undertaken, with primary focus on improving the experience for concert-goers and revitalizing the relationship of Orchestra Hall to the City of Minneapolis. A broader objective was to contribute to the transformation of the southern downtown district within the Twin Cities’ cultural community.

A top priority of the project was to preserve the concert auditorium as the iconic element of the original 197 4 design while re-envisioning lobby and amenity areas. The architecture of the additions, constructed of stone and glass, reasserts the presence of Orchestra Hall as the southern anchor of Nicollet Mall. It is designed to give new emphasis to the Hall within Peavey Plaza and to re-engage the Hall with its urban context. The design juxtaposes a light, transparent, rectangular “wrapper” against the Hall’s existing, distinctively angled, brick shoebox auditorium. On both the 11th Street and Peavey Plaza sides of the building, the expansion maintains the views to the red brick walls and the rounded corners of the auditorium, underscoring its prominence within the new ensemble.

Gage Brothers was contacted early during the design development stage to explore the use of stone-clad precast panels for the expansion. Gage Brothers supplied panelization concepts, budget assistance, preliminary panel design and connections and also provided various stone options to achieve the architect’s concept. The expansion introduces a contextual urban palette of exterior materials including Alabama Silver Shadow limestone precast panels with a honed finish for the upper levels, and Mesabi Black boned granite at the base.

The crisp contemporary open aesthetic of the addition acts as a counterpoint to the original auditorium while acknowledging the legacy of Minneapolis’ modernist downtown buildings and public spaces, designed by some of the 20th century’s most prominent architects. 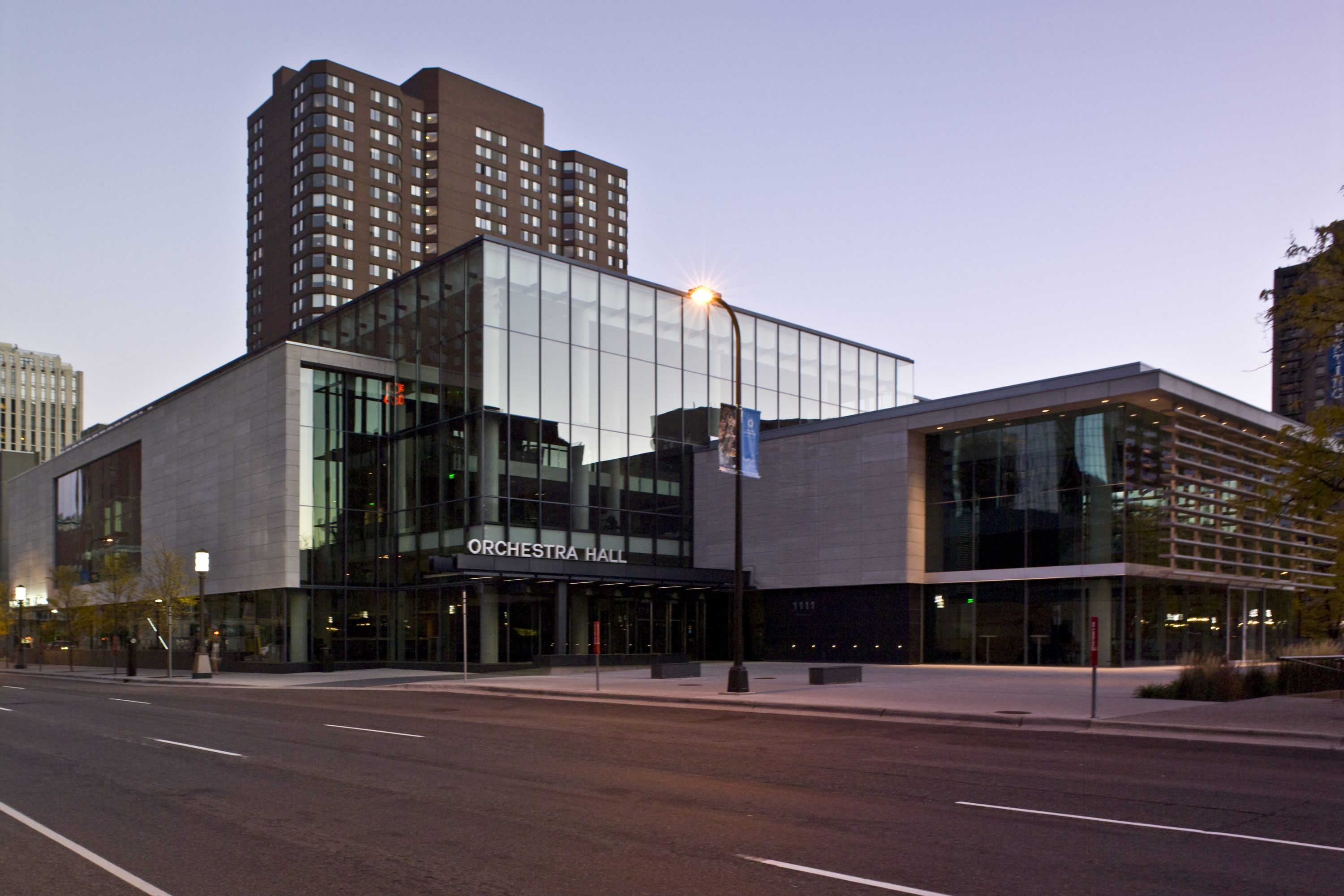 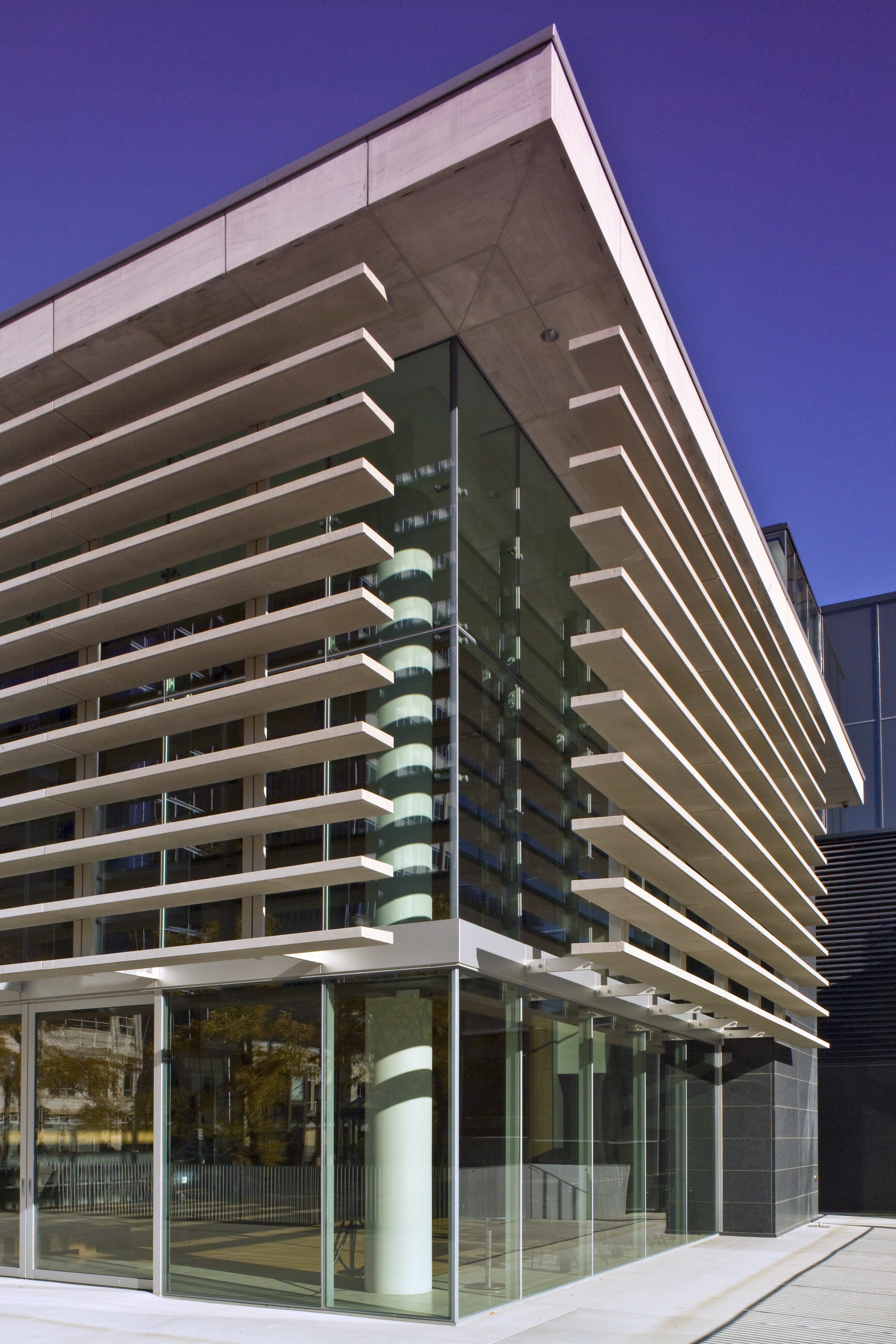 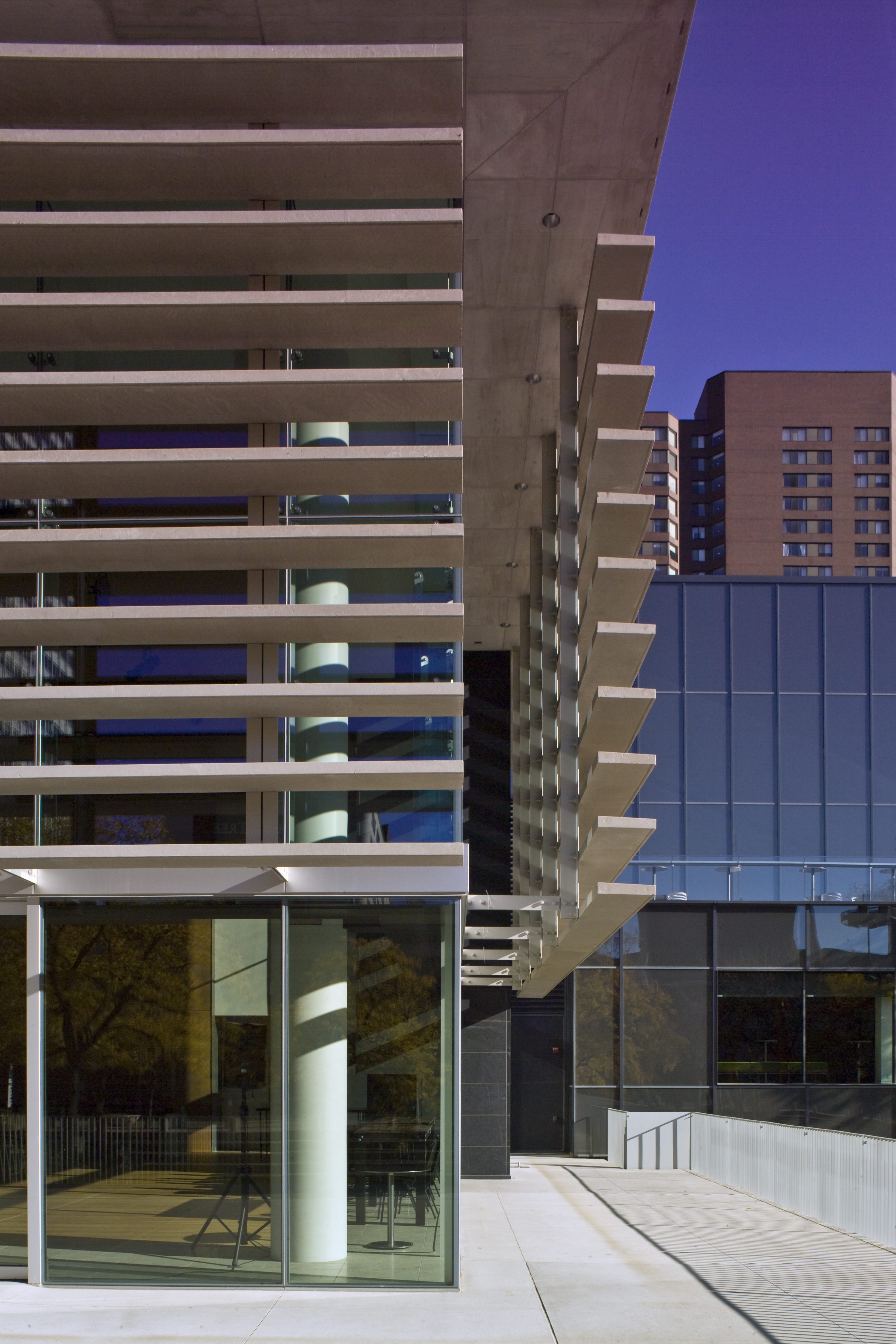 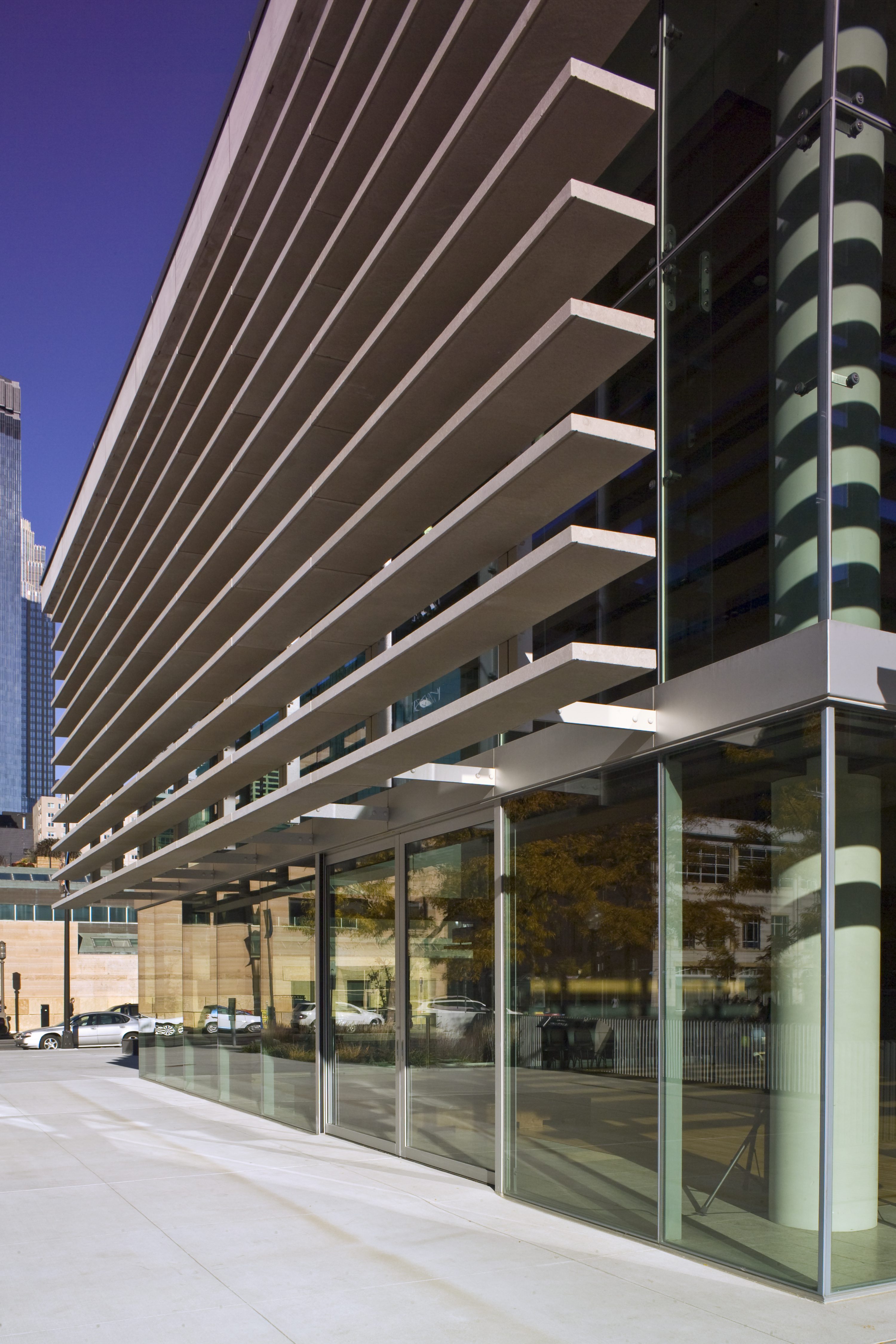 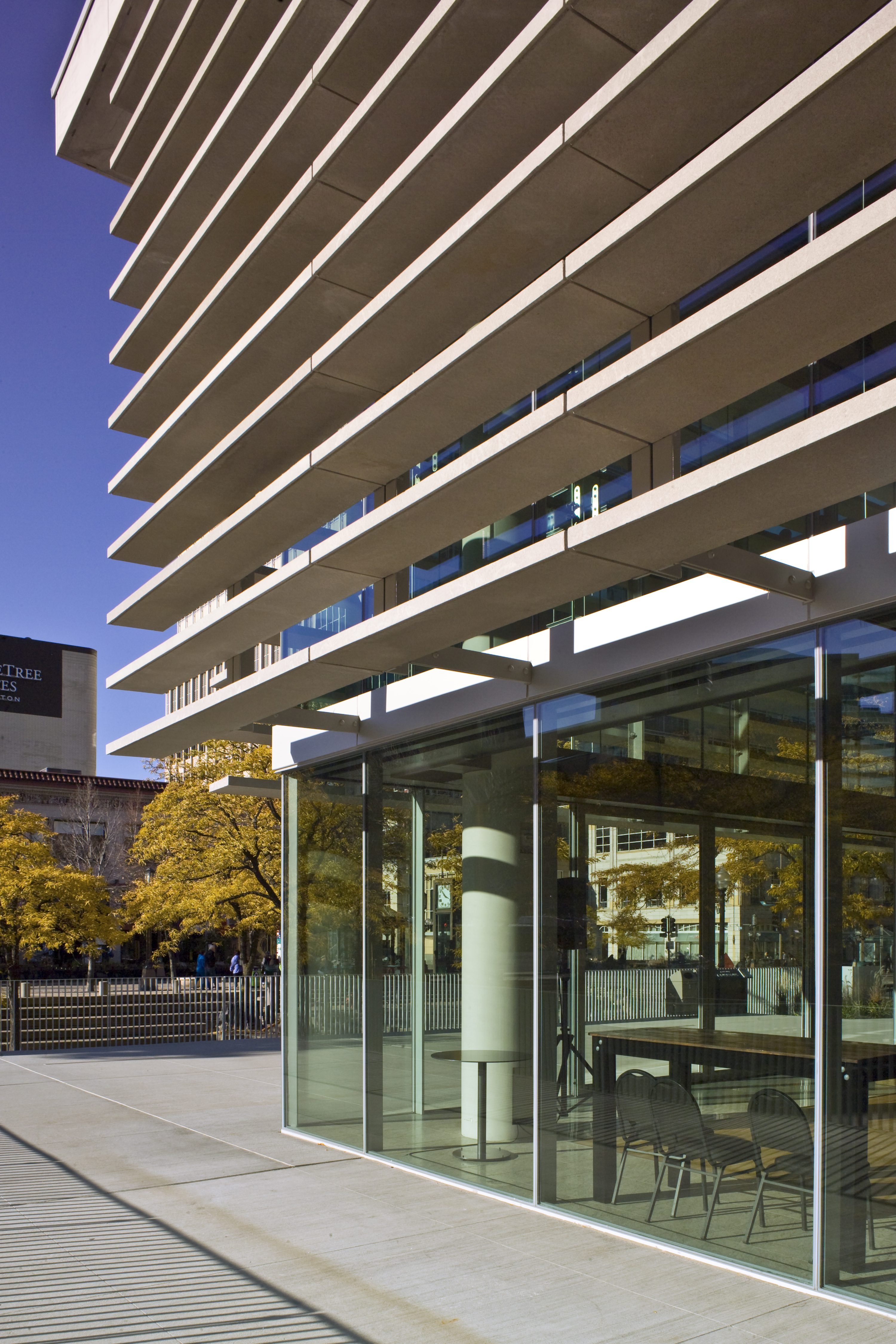 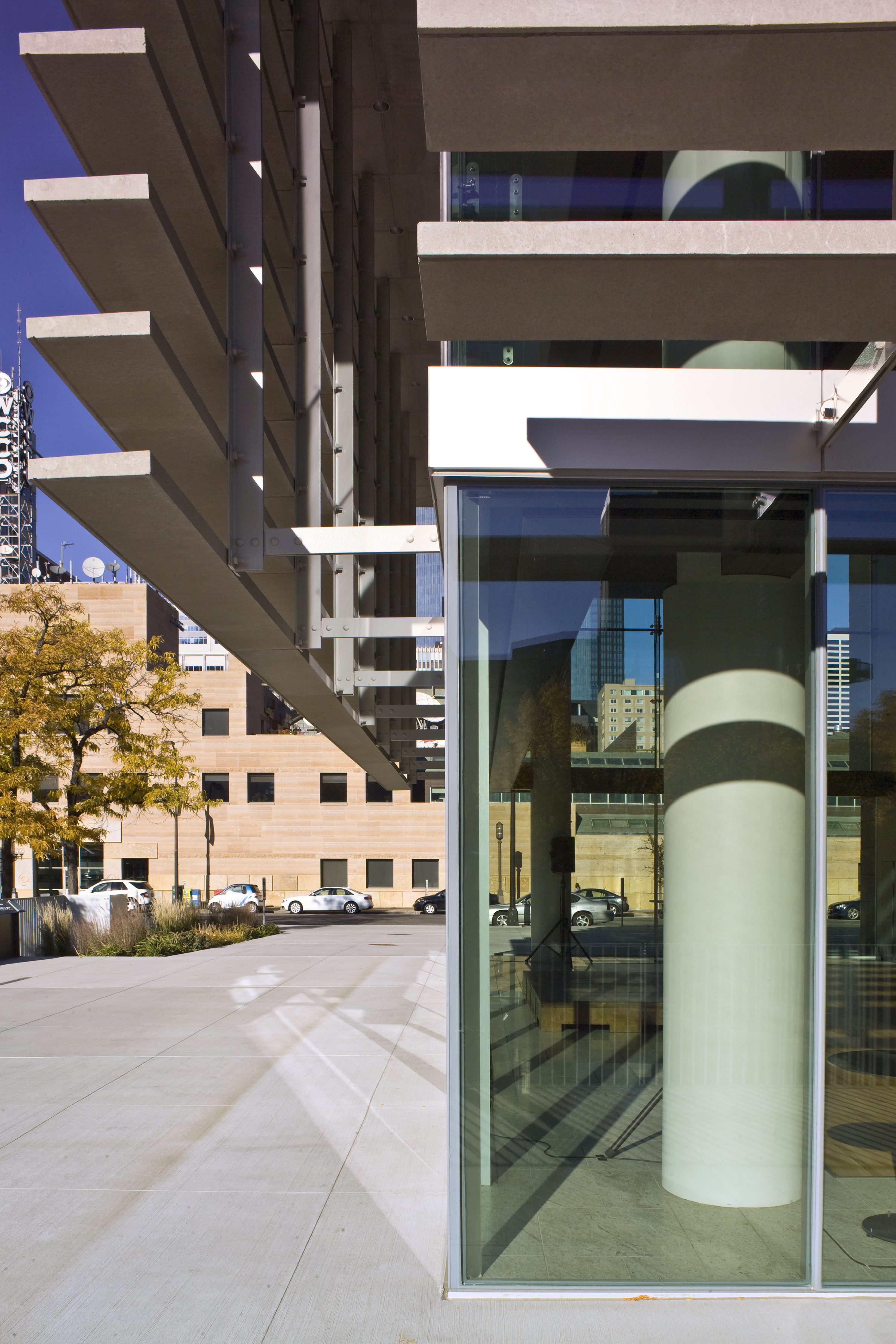 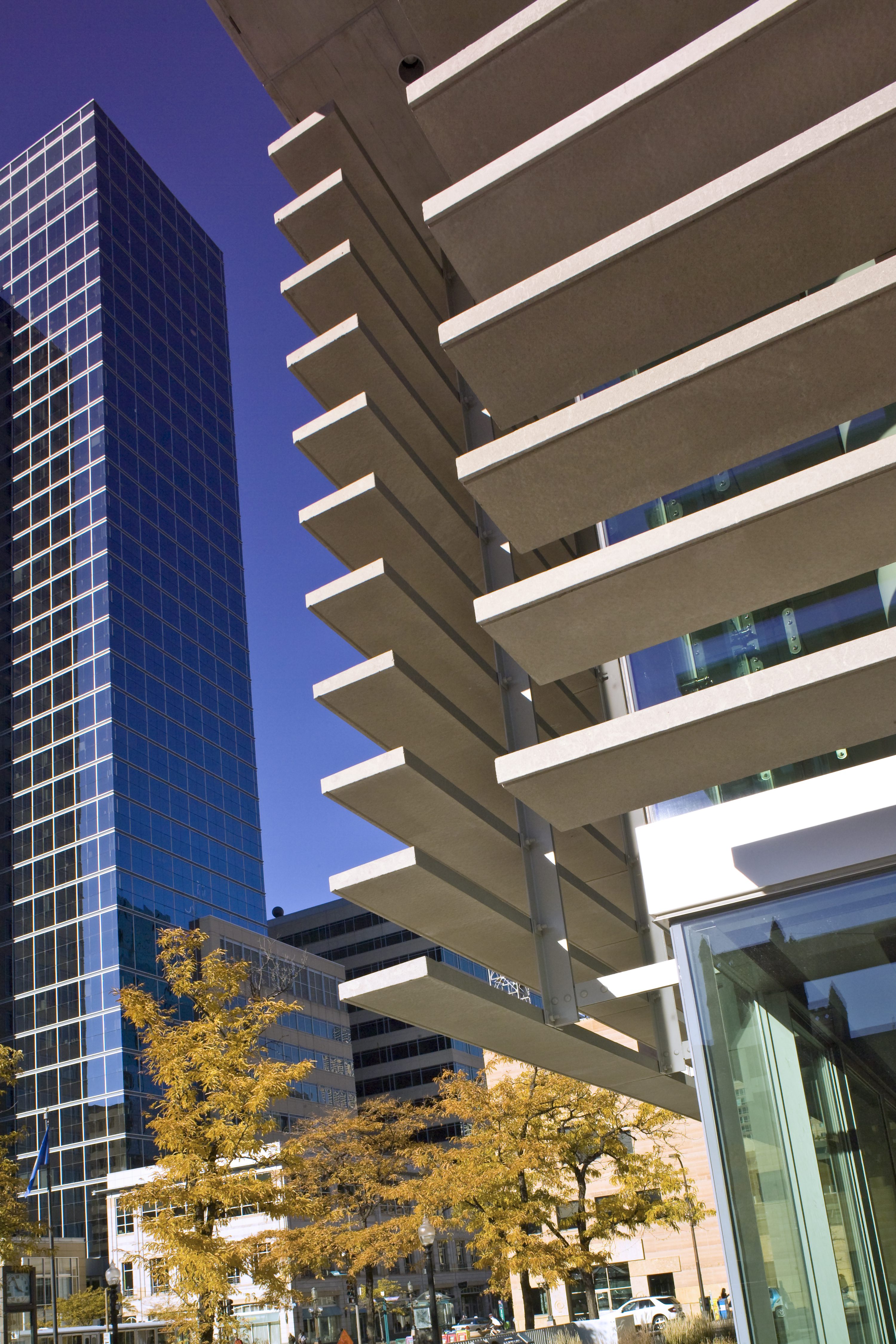 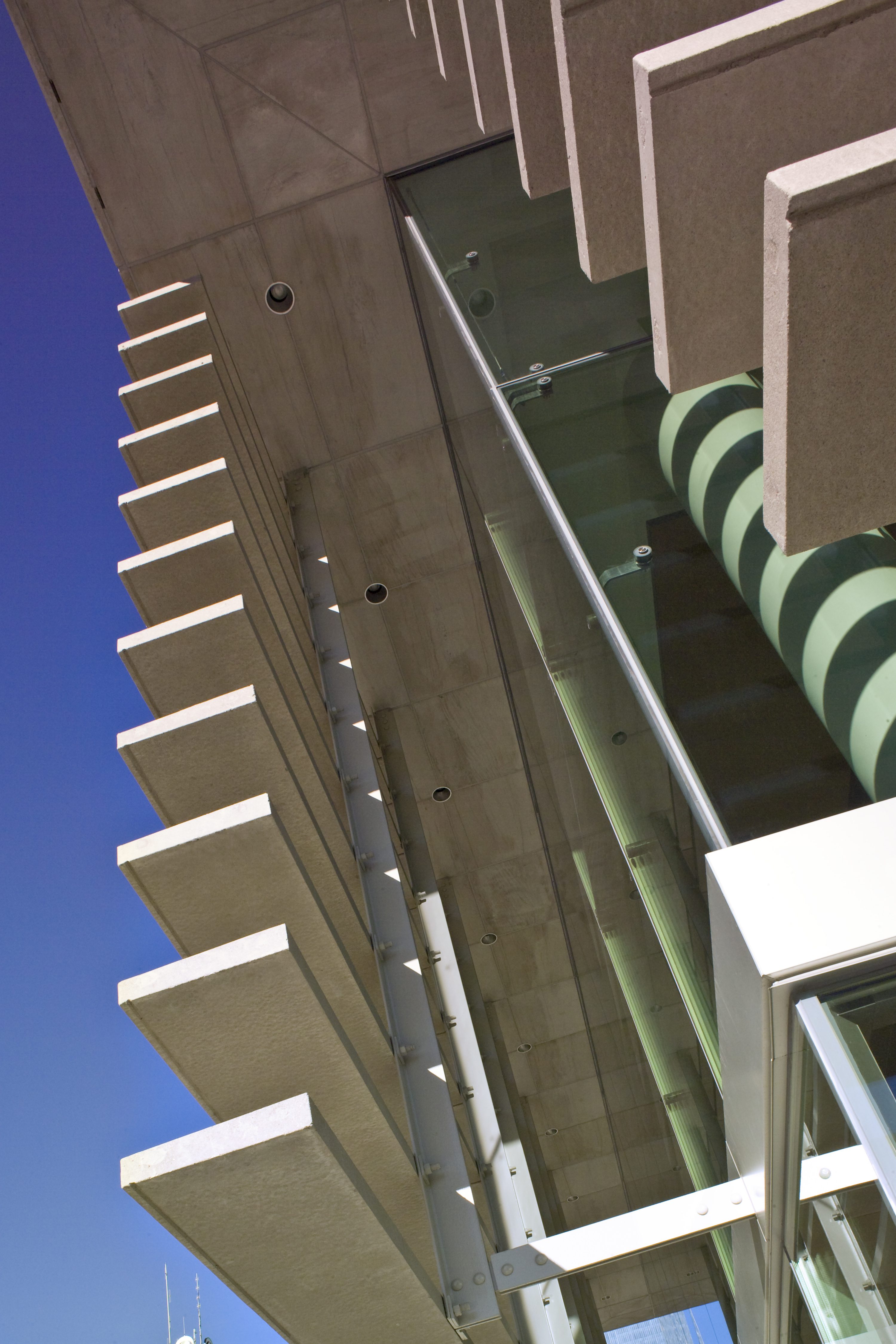 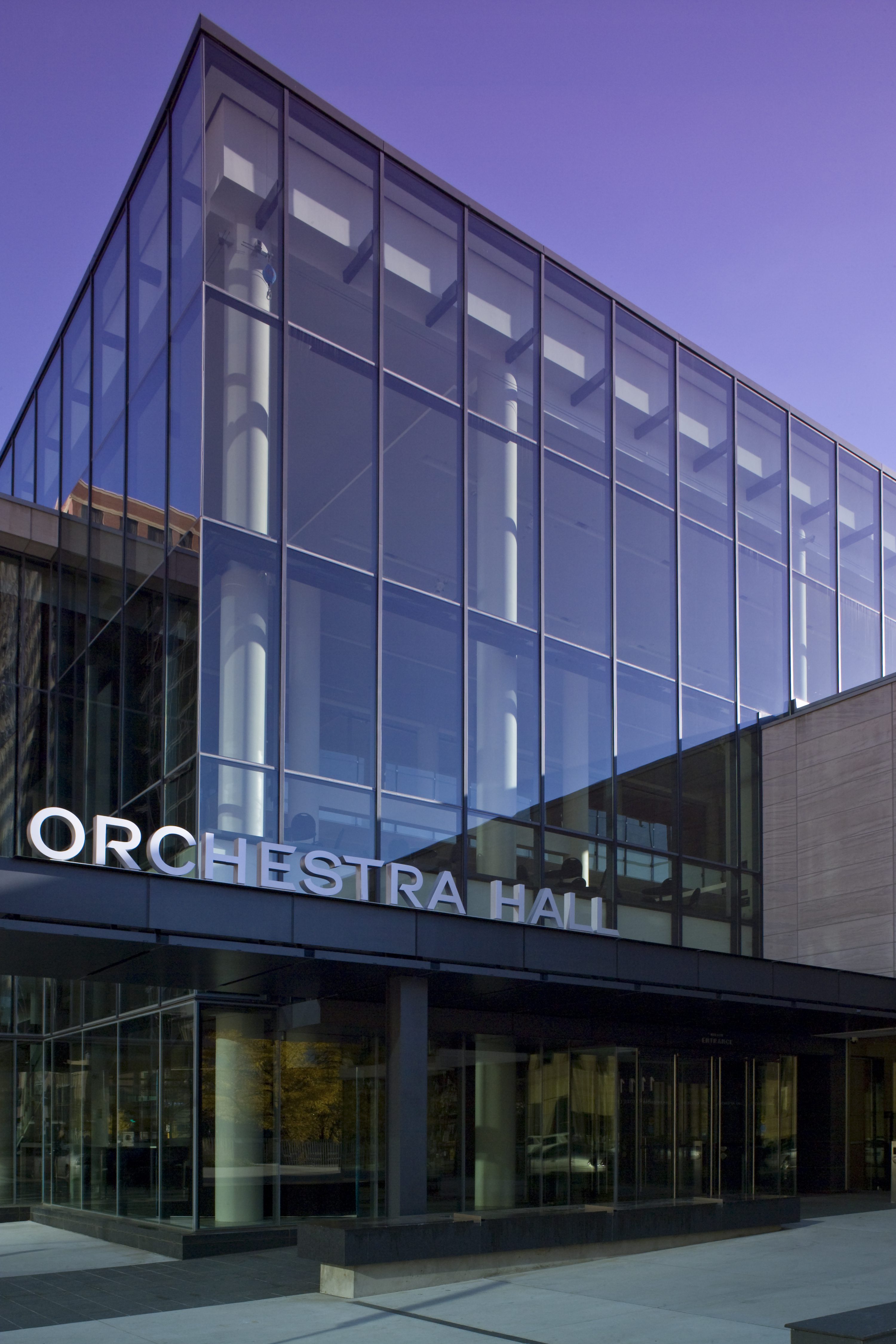 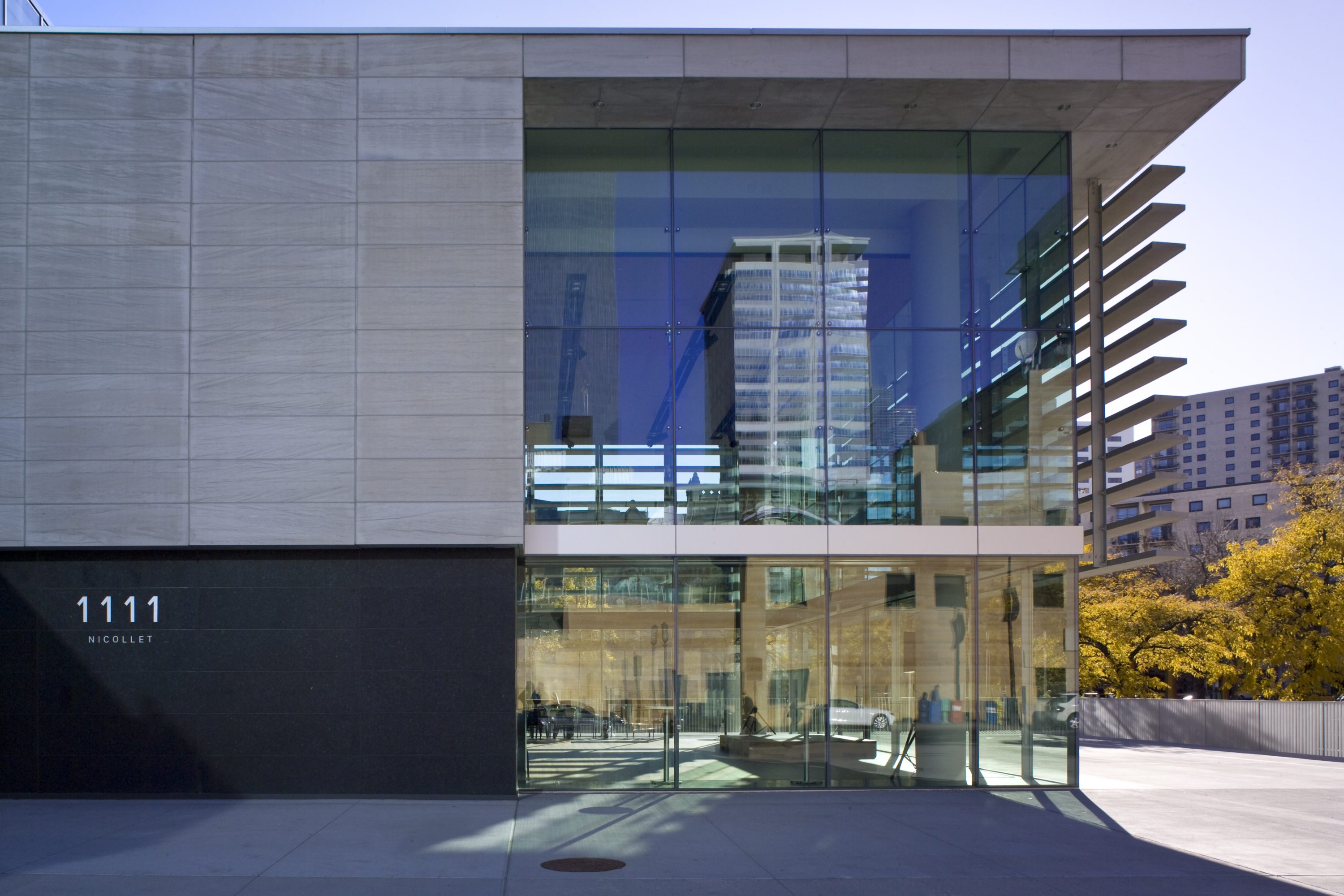 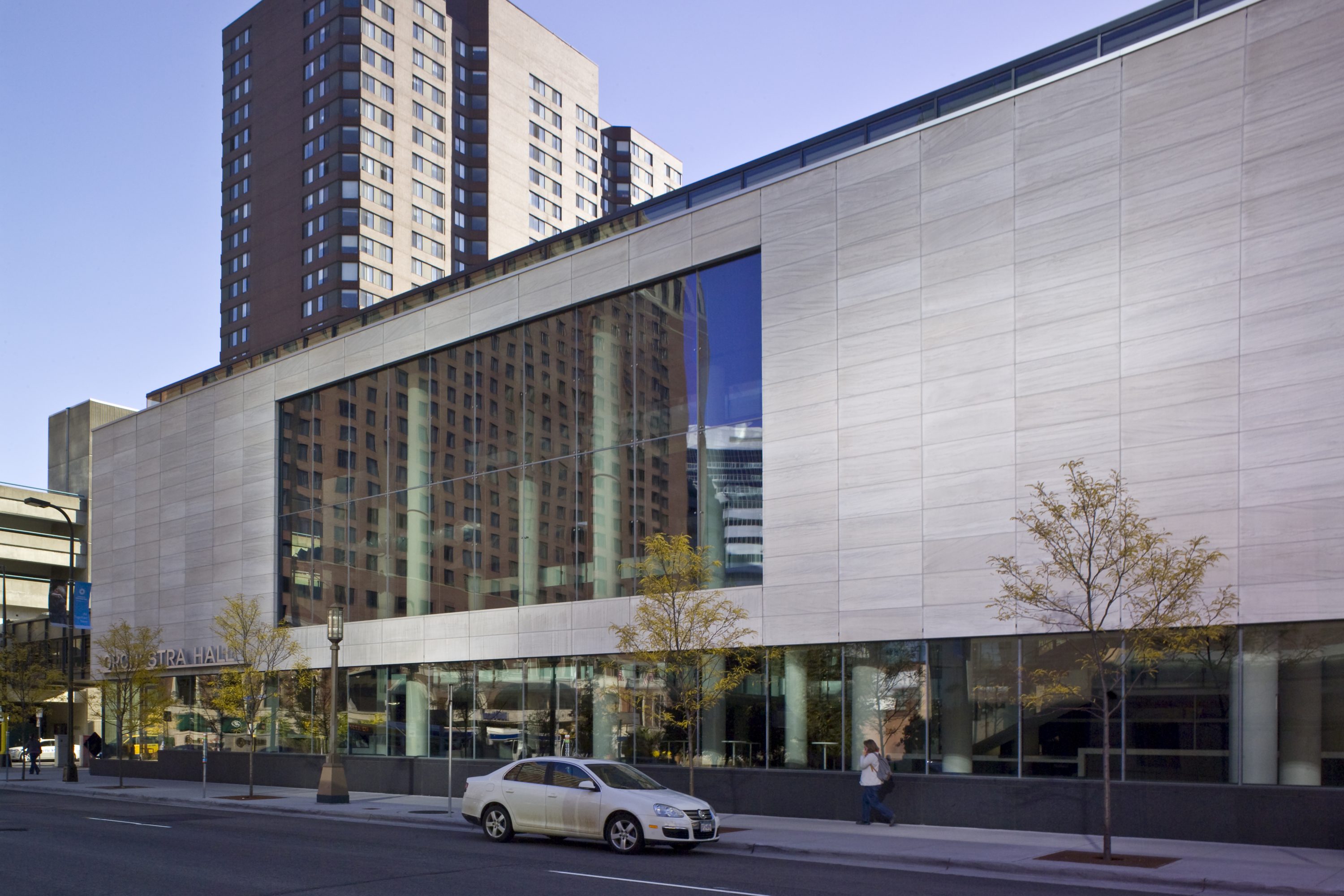 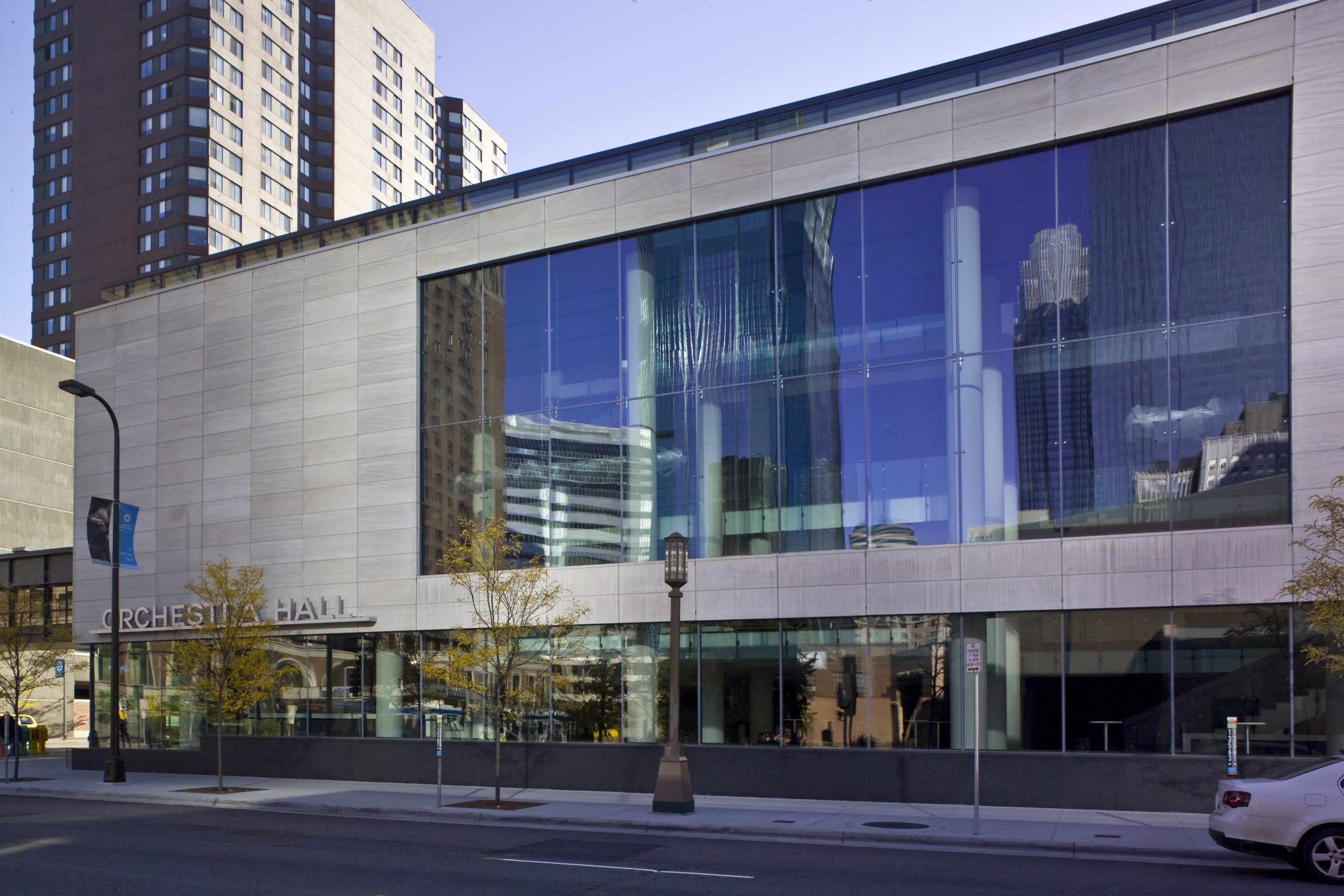 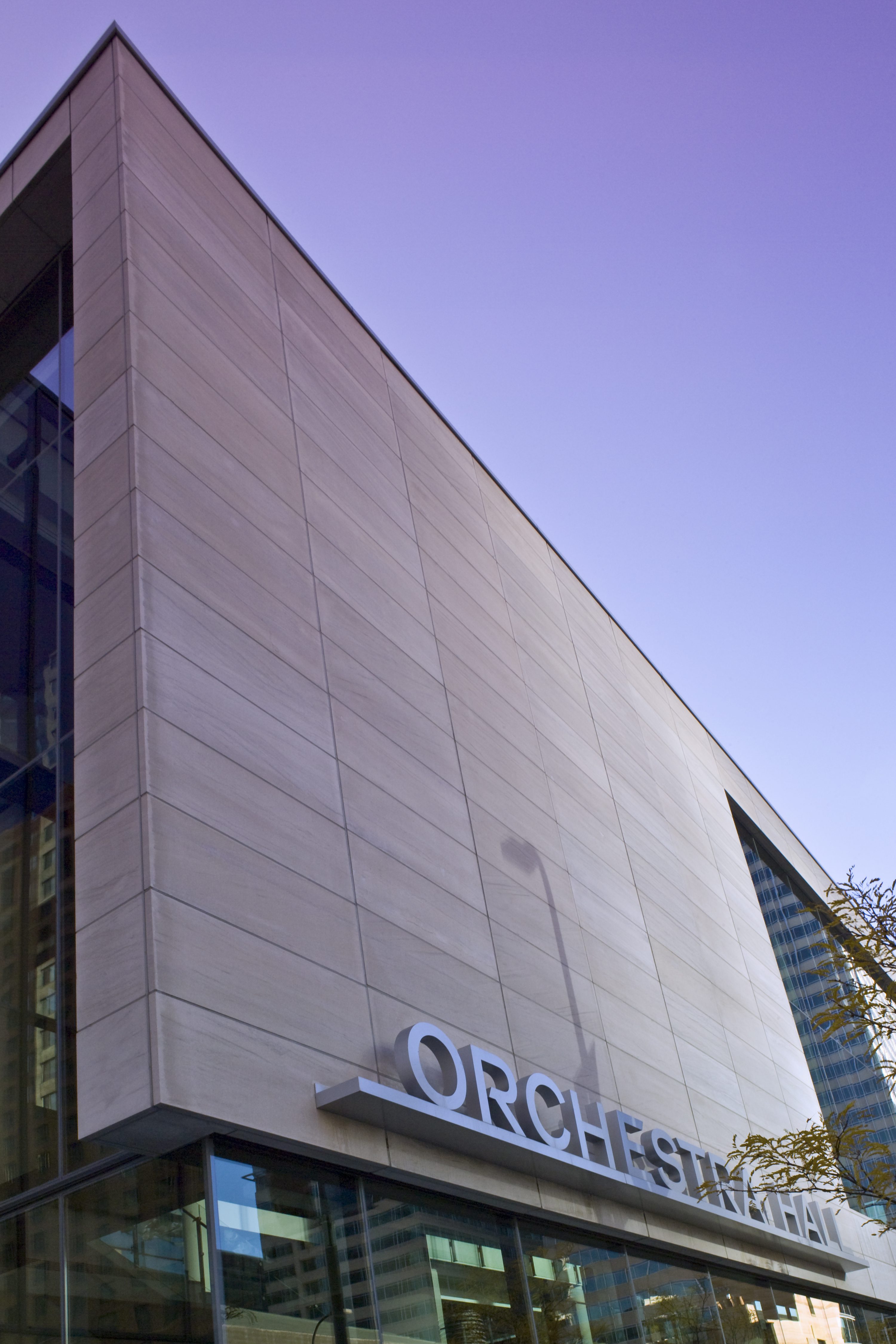 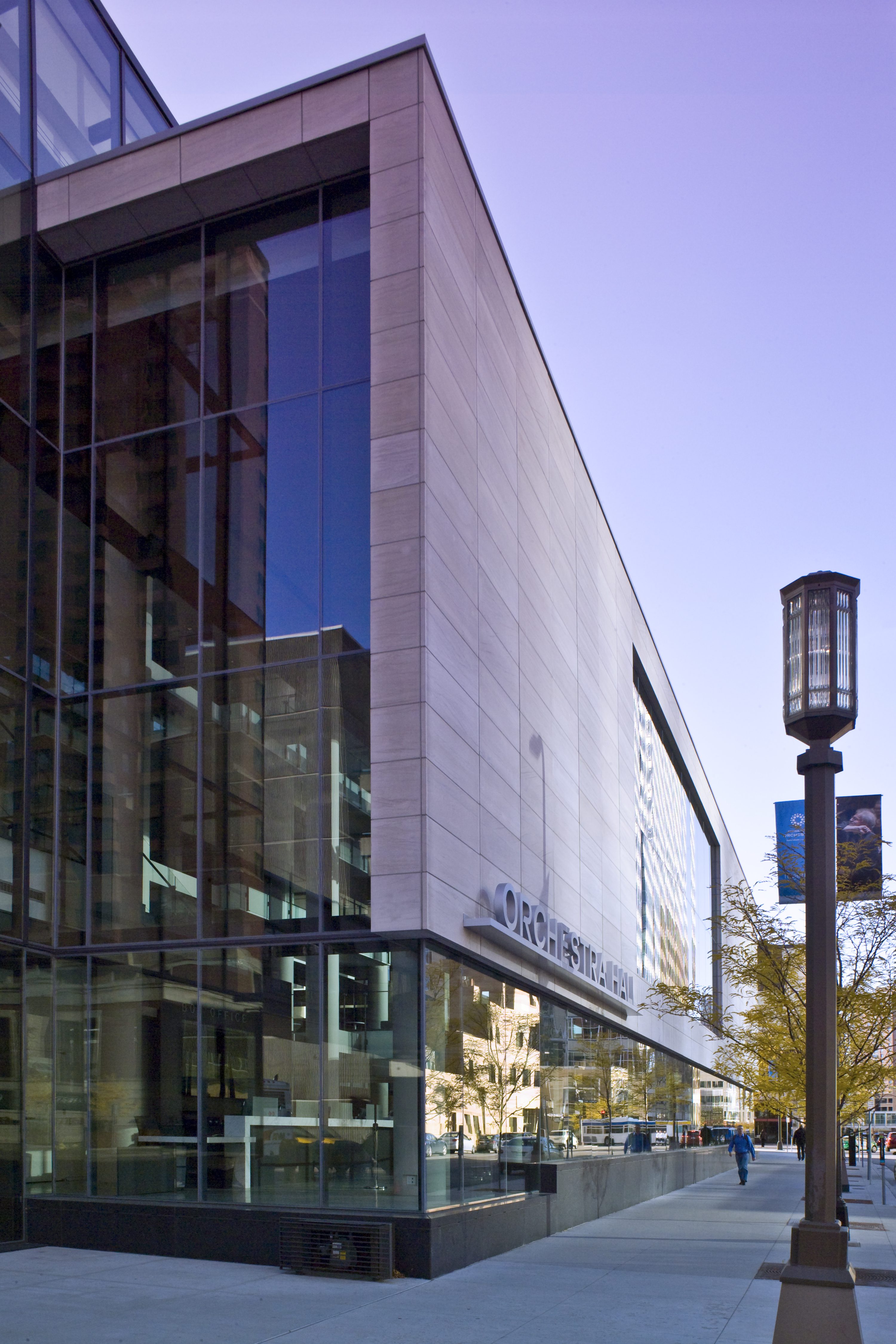 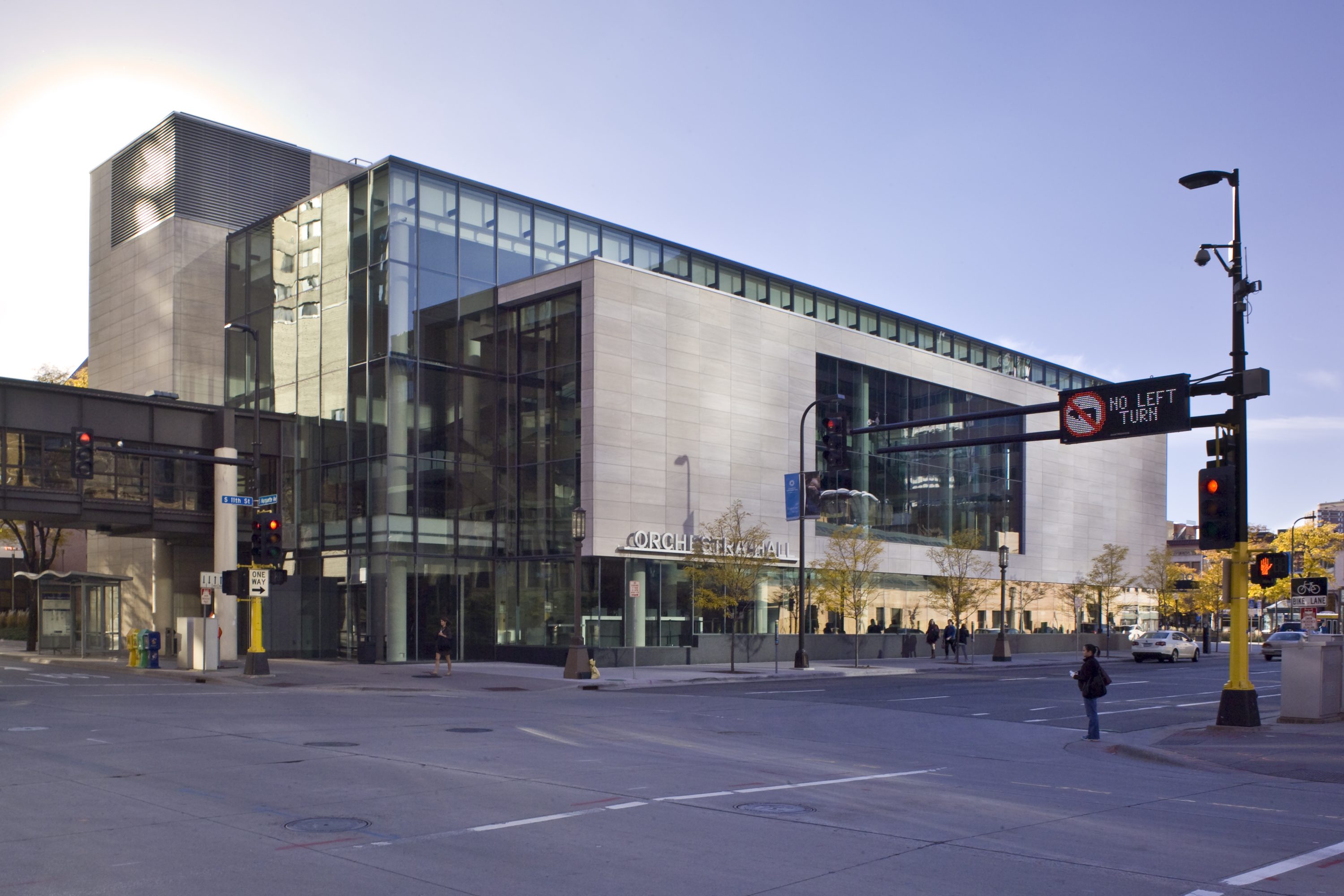 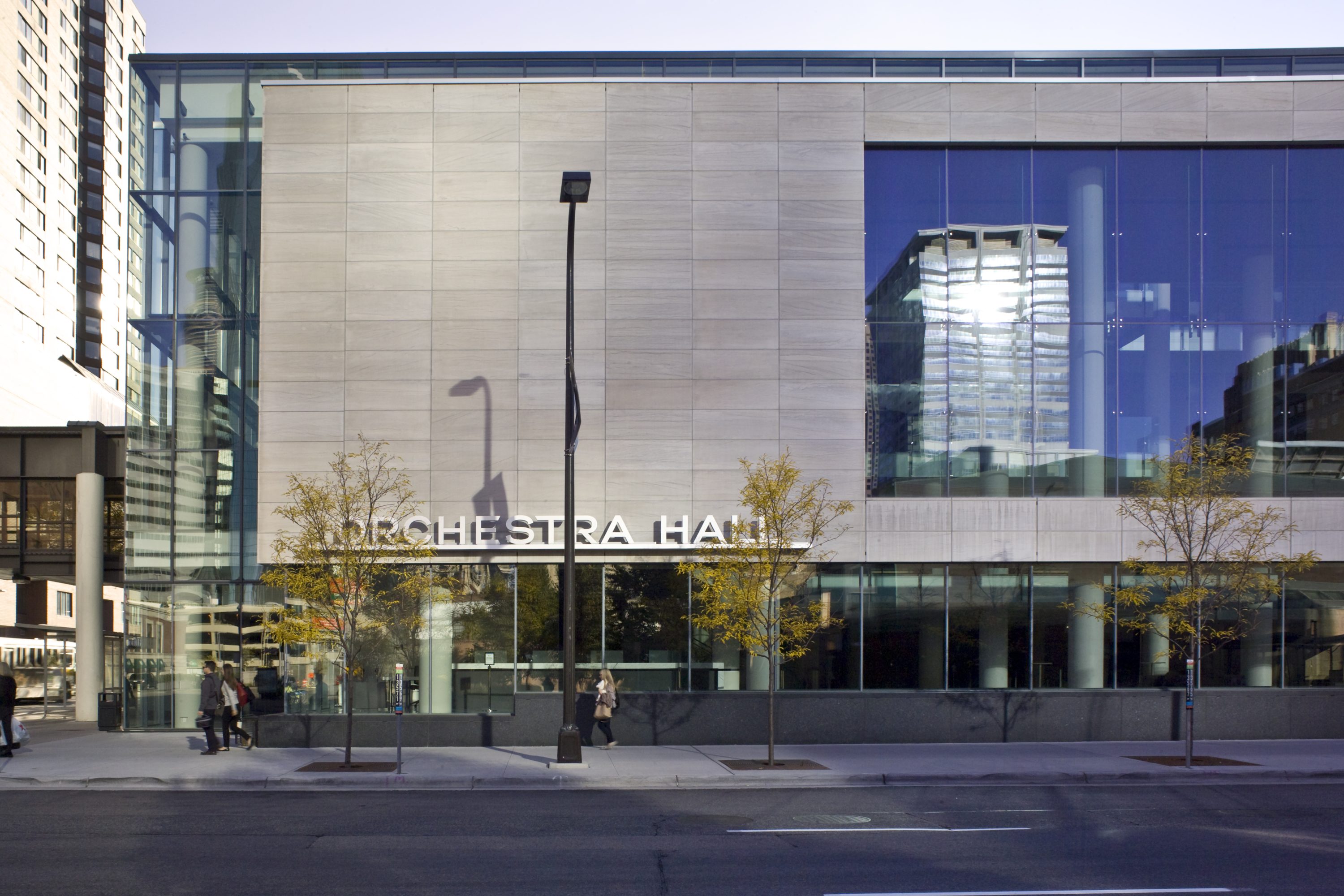 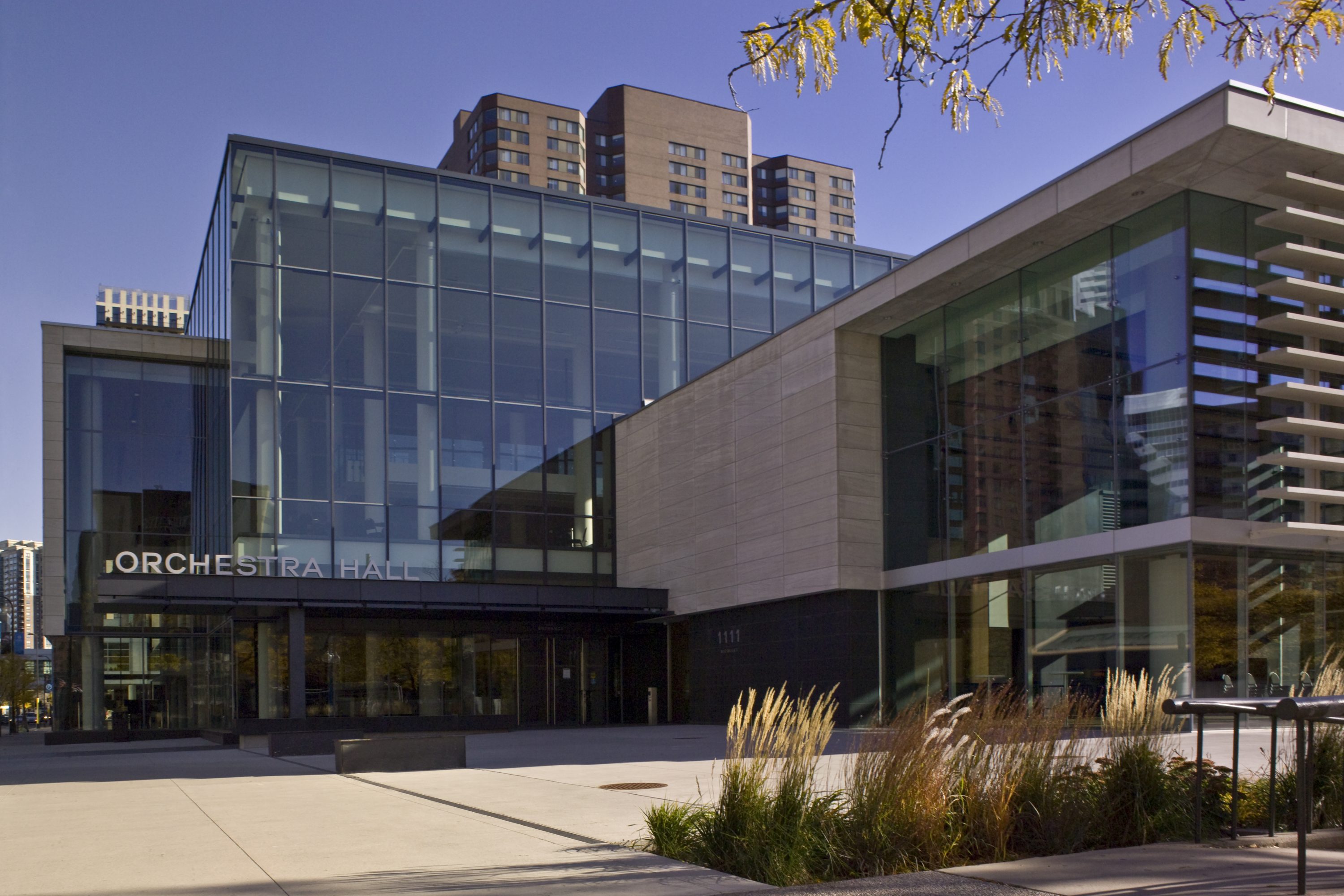