With both Design and Construction completed in a record 27 months, the 147,000 square feet courthouse represents the fastest delivery of a federal courthouse in modem history. From the beginning, precast concrete was envisioned as an important design component. Located in the heart of downtown Billings, the courthouse is home to three courtrooms, four judges’ chambers, the U.S. Marshal’s Service, the U.S. Attorney’s Office, the U.S. Probation Office, the Clerk of the Courts, and the General Service Administration. Due to the security needs of the owner, the courthouse is blast resistant to ensure public safety.

The design integrates local Yellowstone materials with a 21st Century interpretation of classical public architecture, to capture the warmth of the surrounding mountain rims and to symbolize the dignity, enterprise, vigor, and stability of the justice system. Natural elements are reflected throughout the space, and the building features rugged precast panels to reflect the regional landscape while supporting the two courtroom floors.

The concrete patterning of the lower three floors is designed to appear somewhat random, with carved angular planes for the strong local sunshine to play upon. In order to achieve this seeming randomness, 12 basic formliner patterns are combined in various combinations to achieve 8 different larger panels, which are then laid up on the building in a carefully orchestrated procession. Elastomeric liners were bought in blocks and Gage Brothers changed the placement of each section in order to create a random appearance. The readjustment of the liners allowed Gage Brothers to make efficient reuse of the liners. The building is designed to be at least 30 percent more energy efficient than the industry standard and has already achieved energy cost savings of more than 40 percent. The courthouse is on track to achieve LEED-Gold certification. 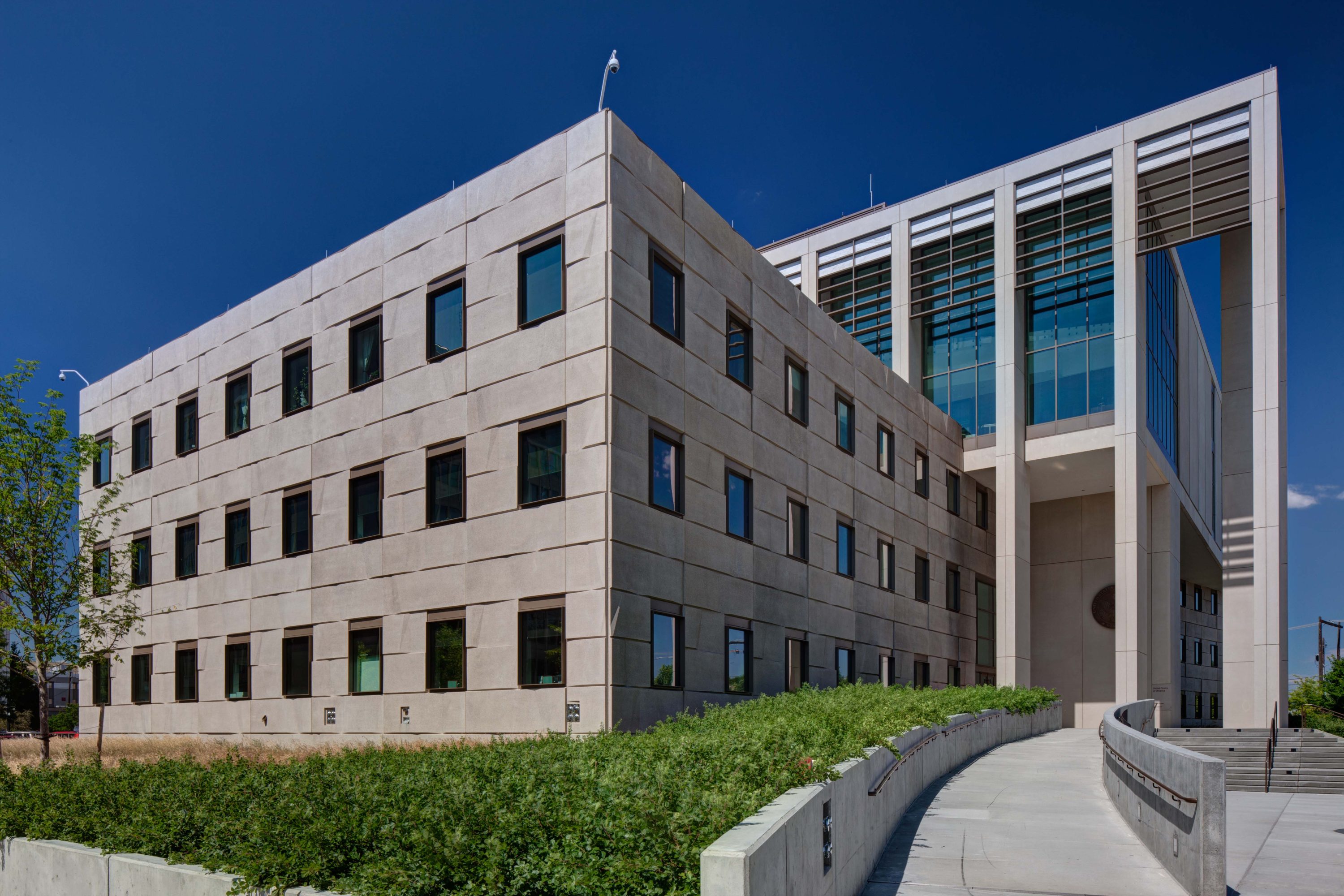 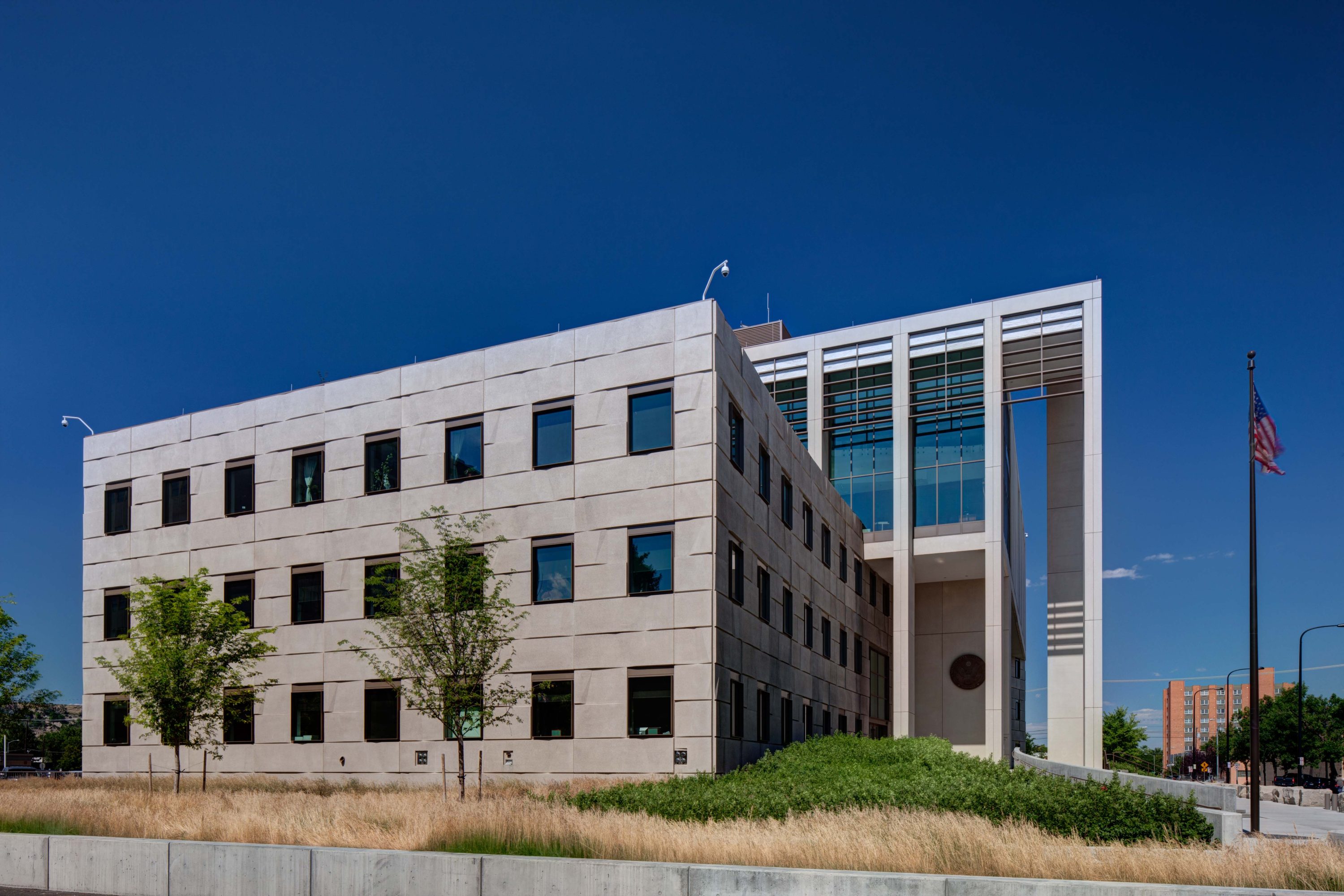 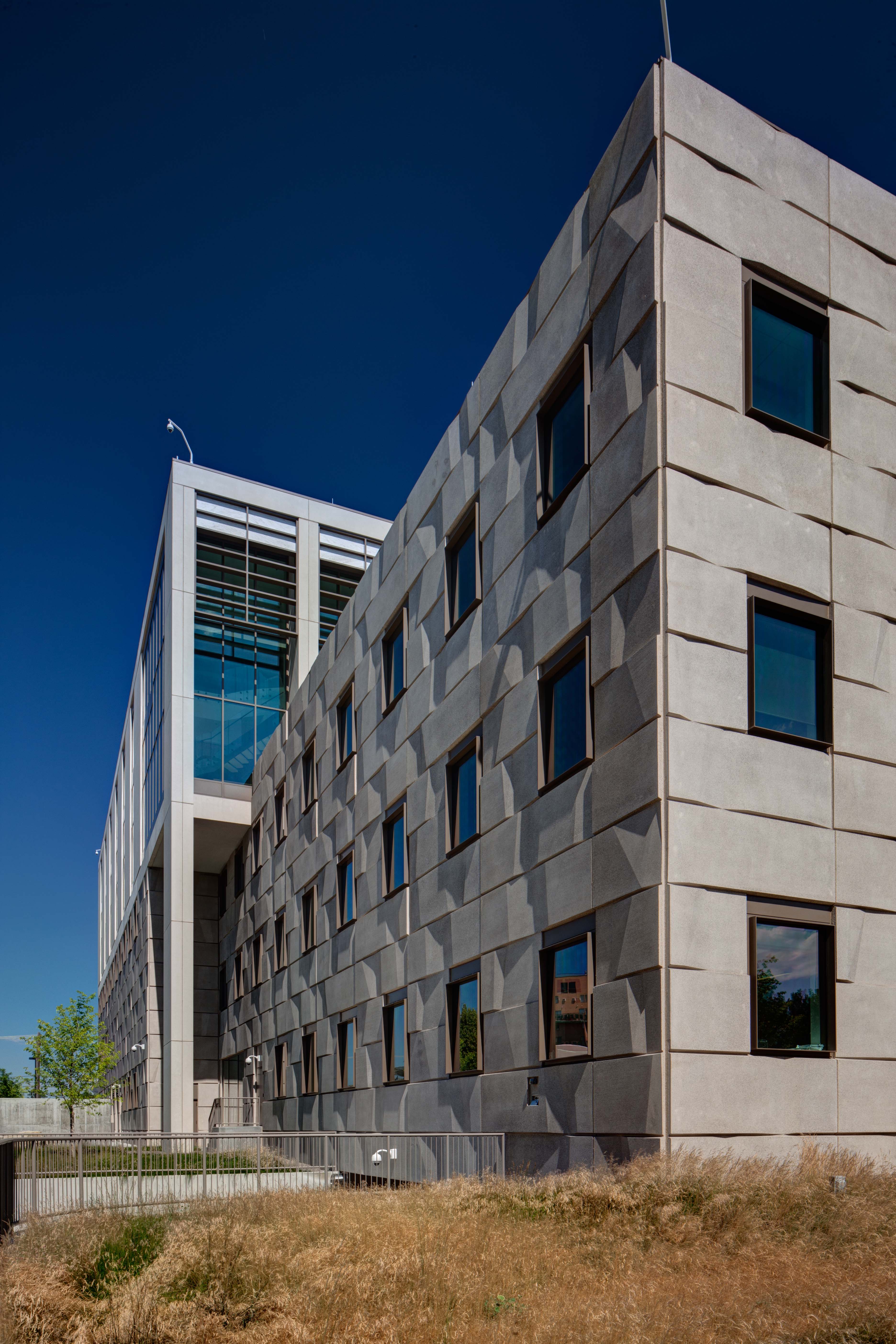 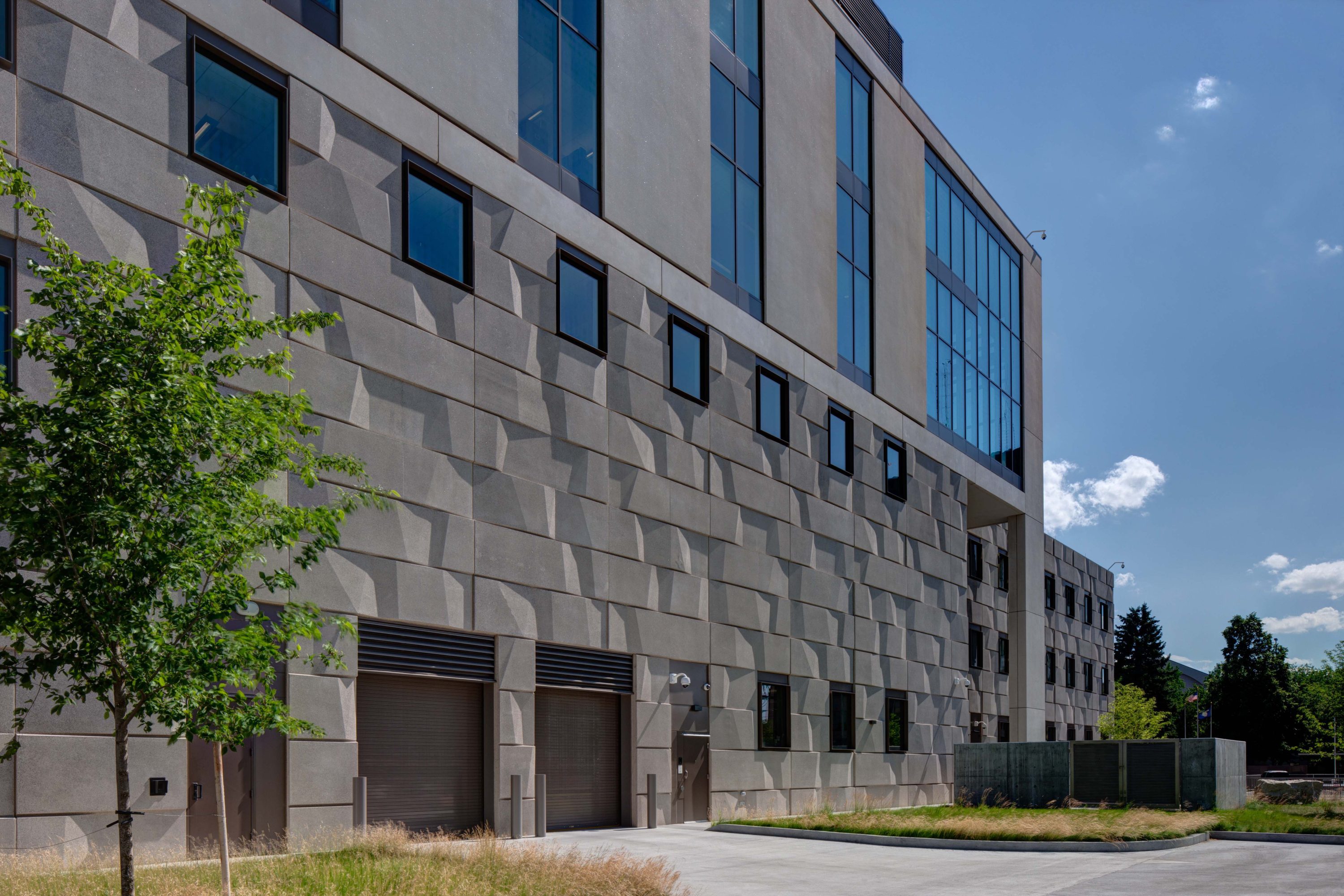 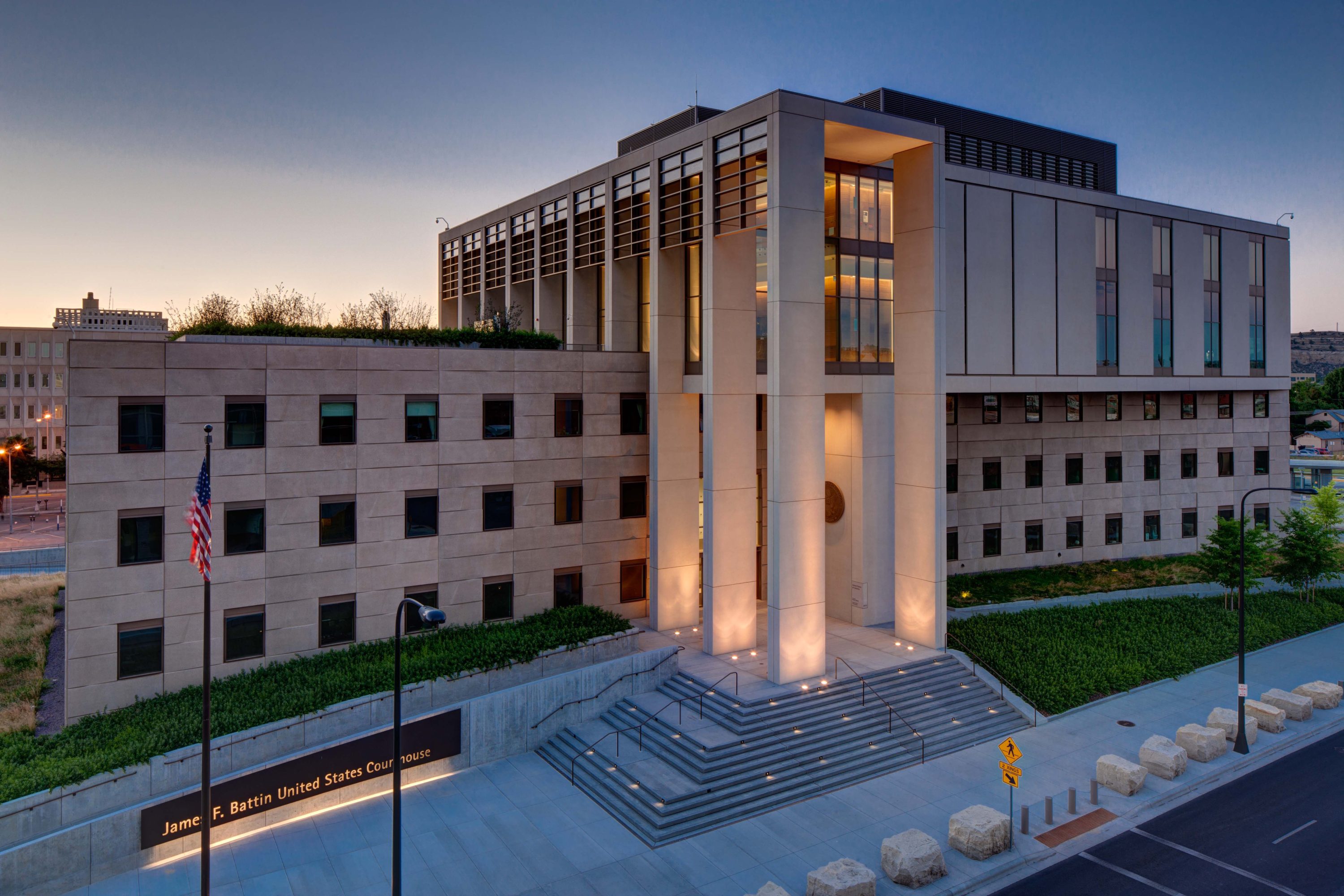 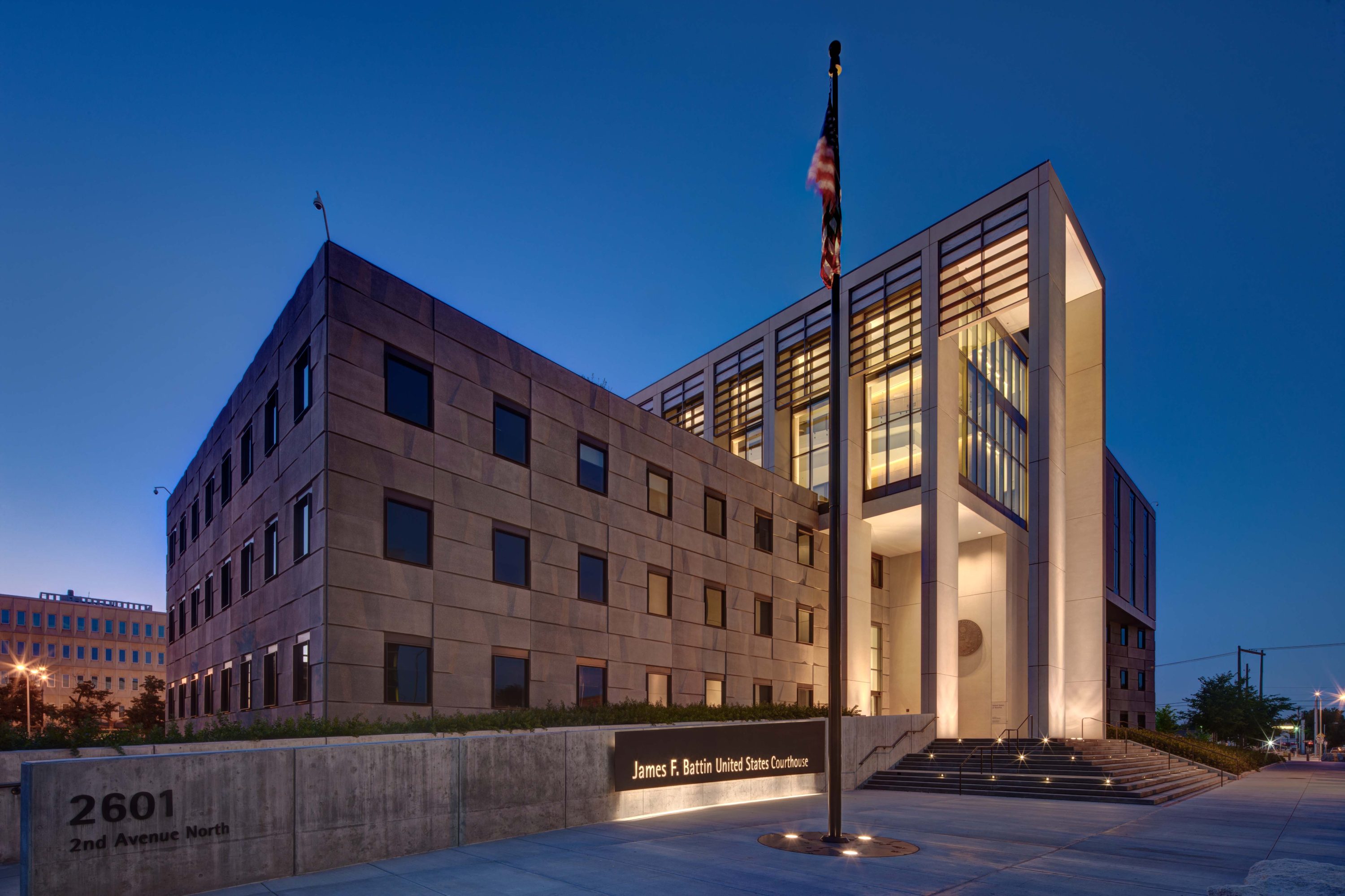 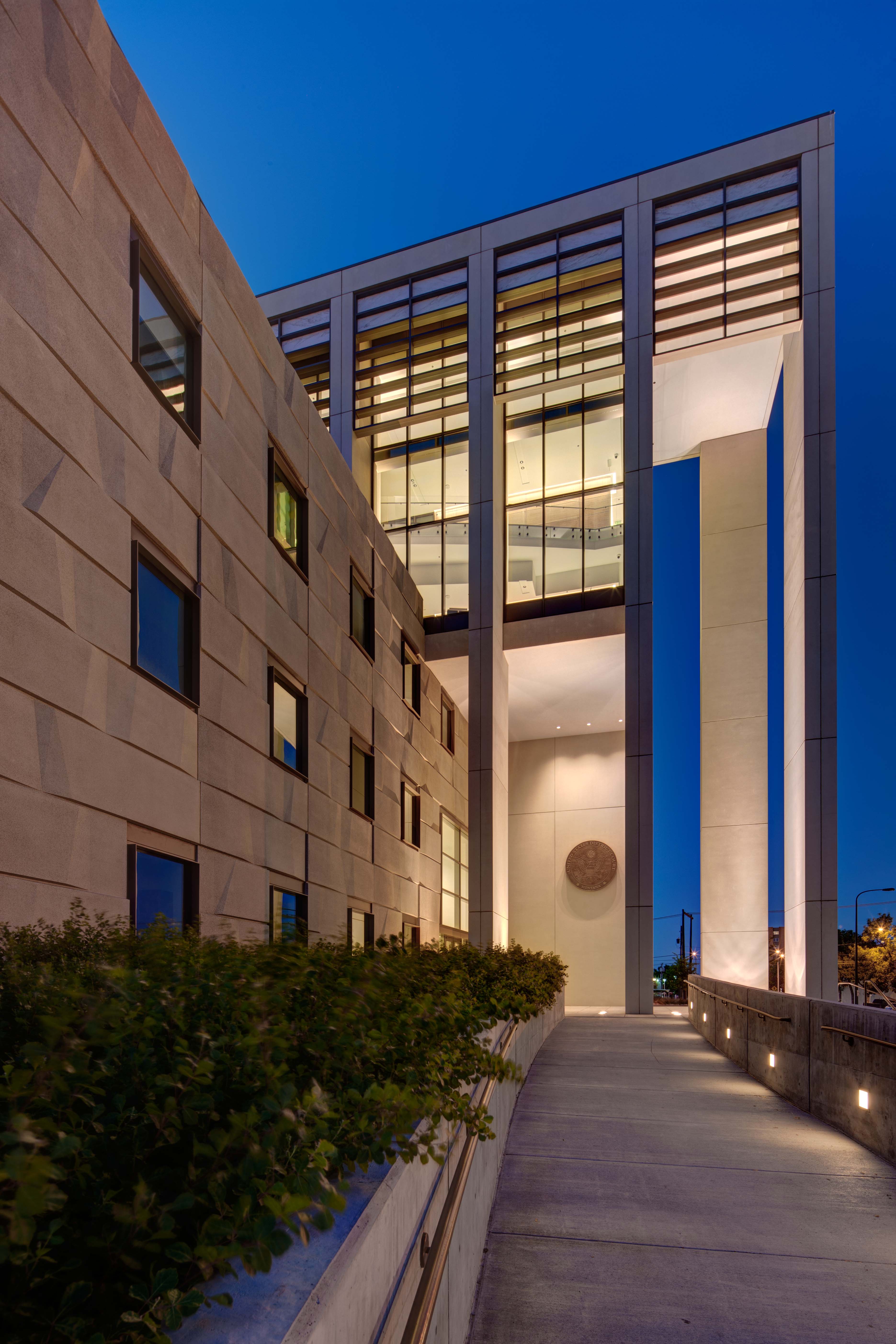 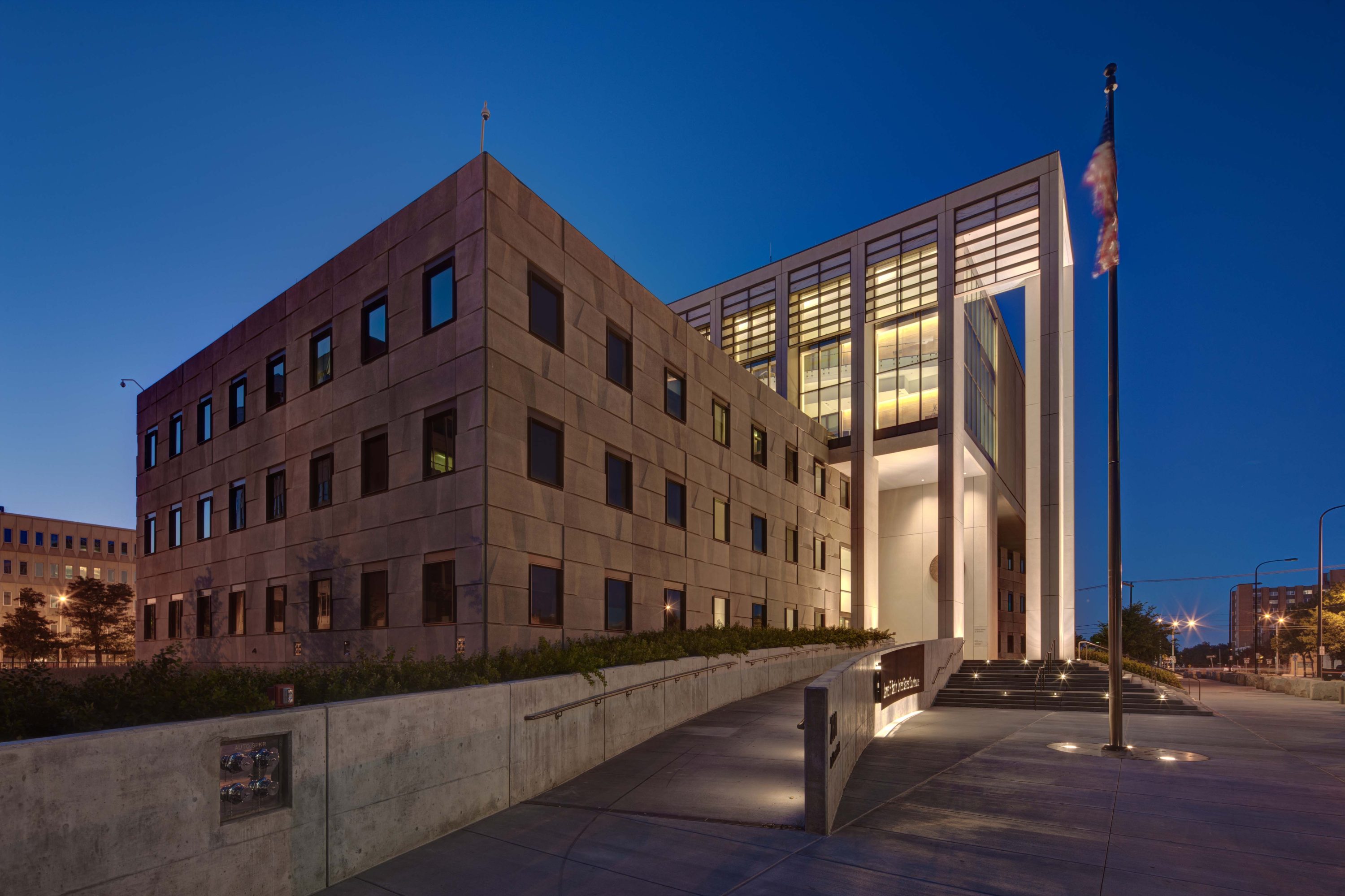 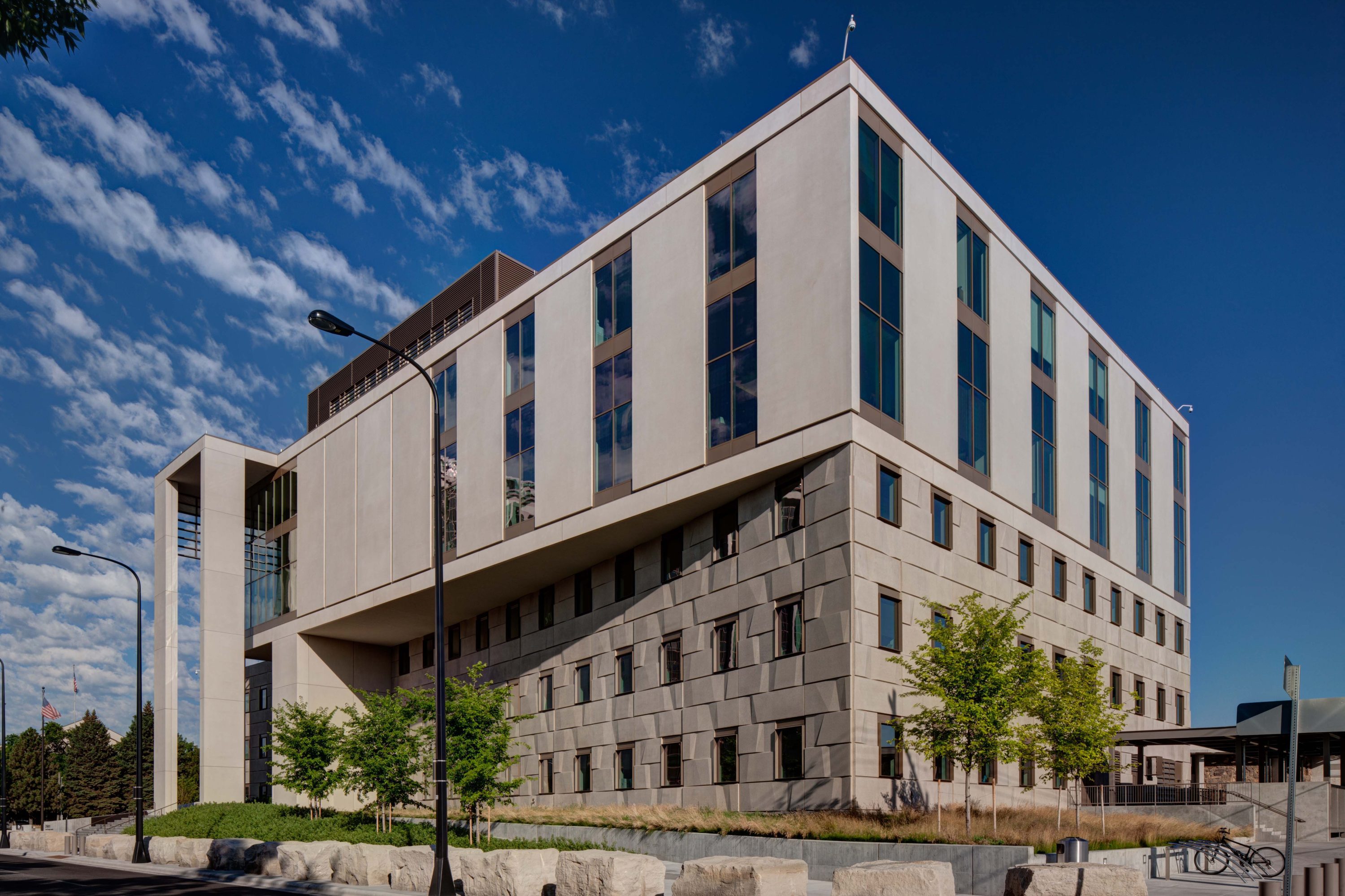 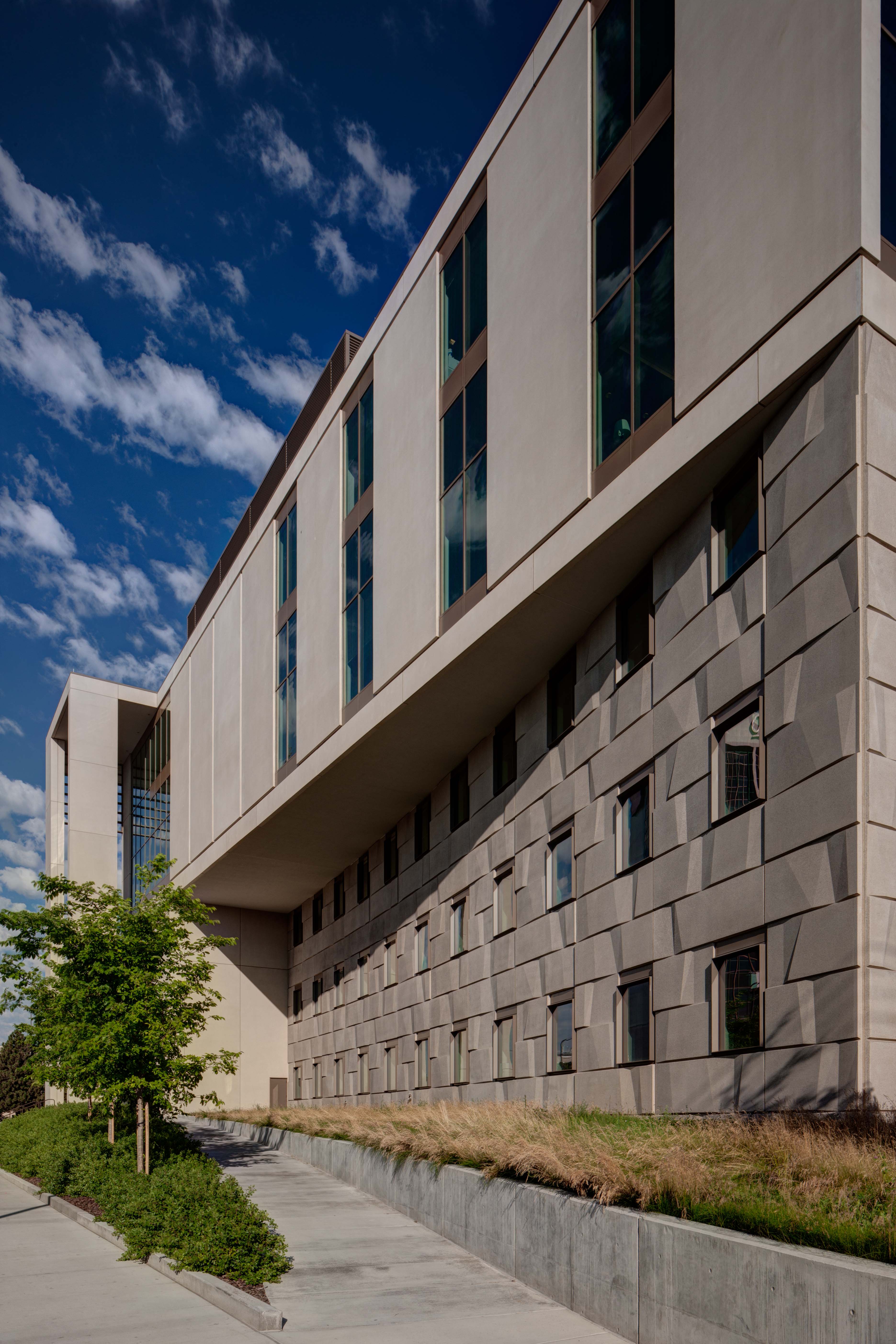 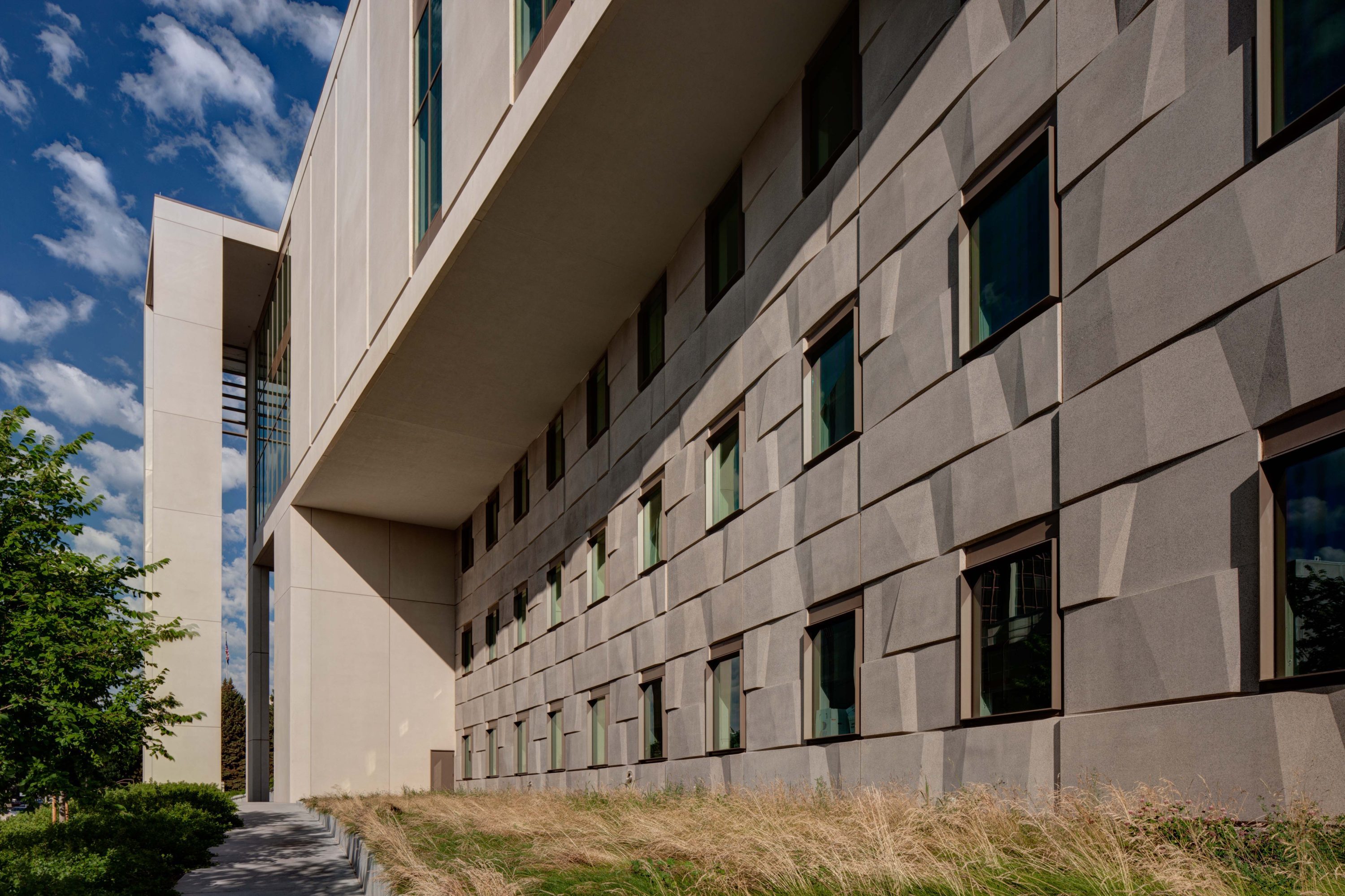 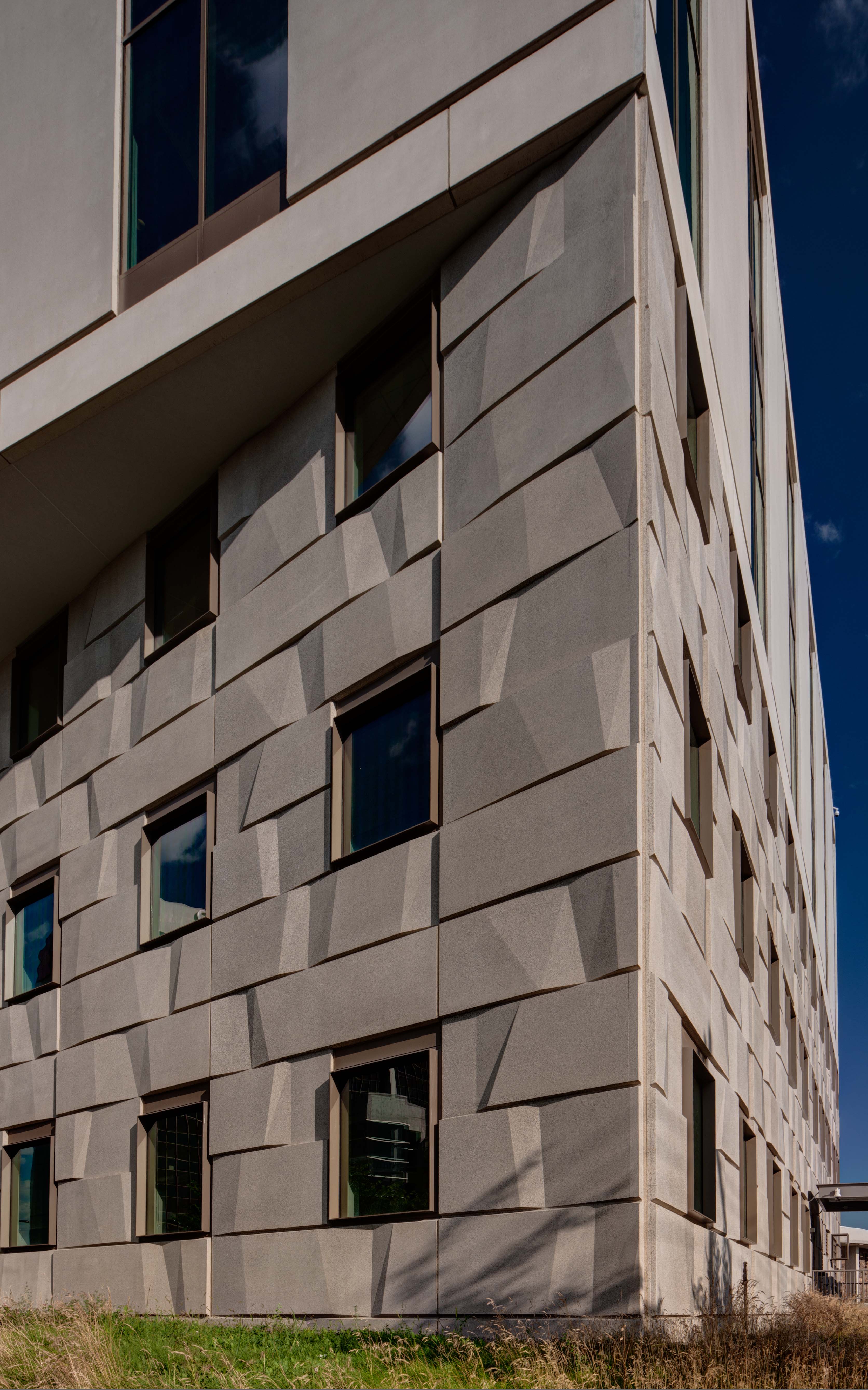 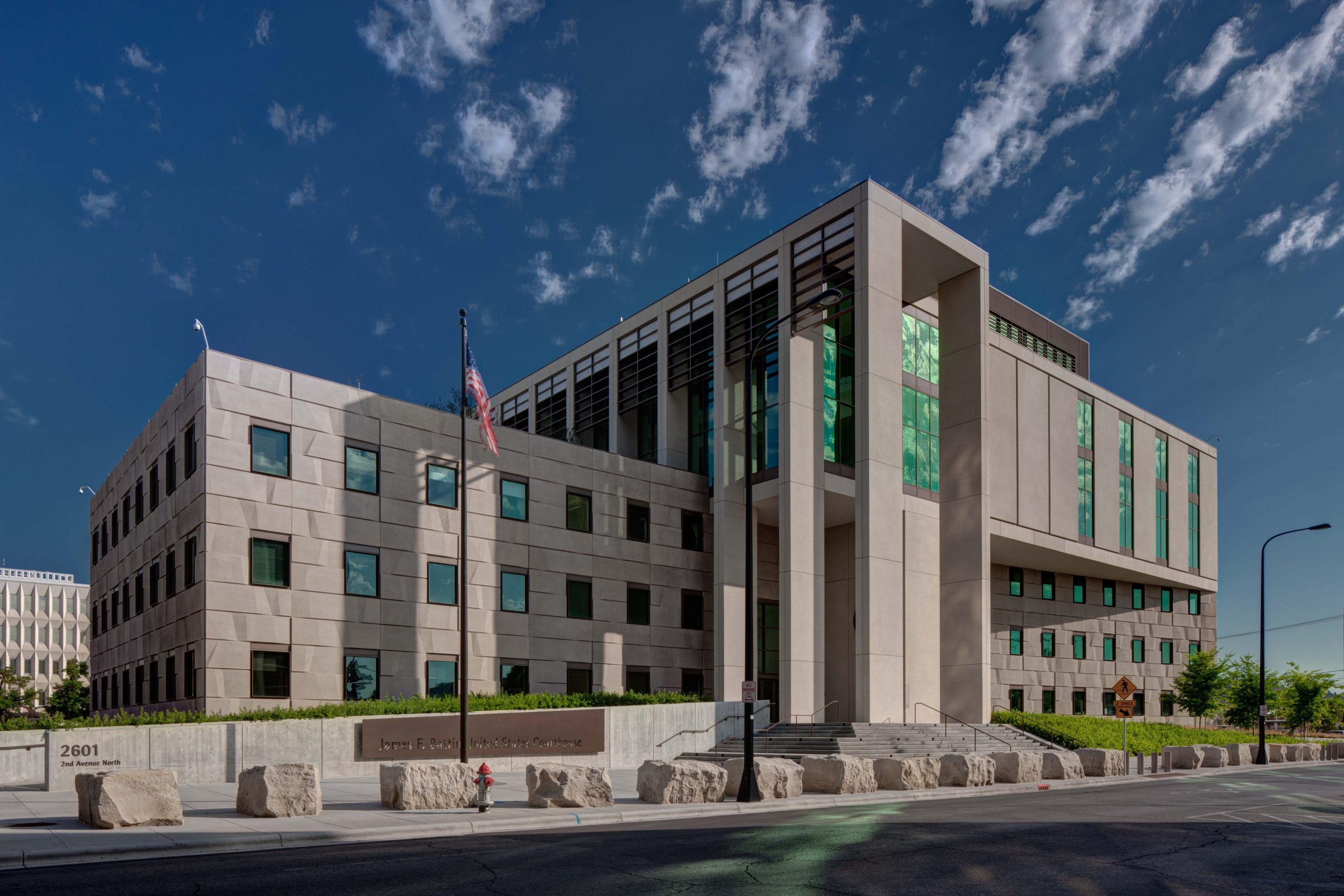 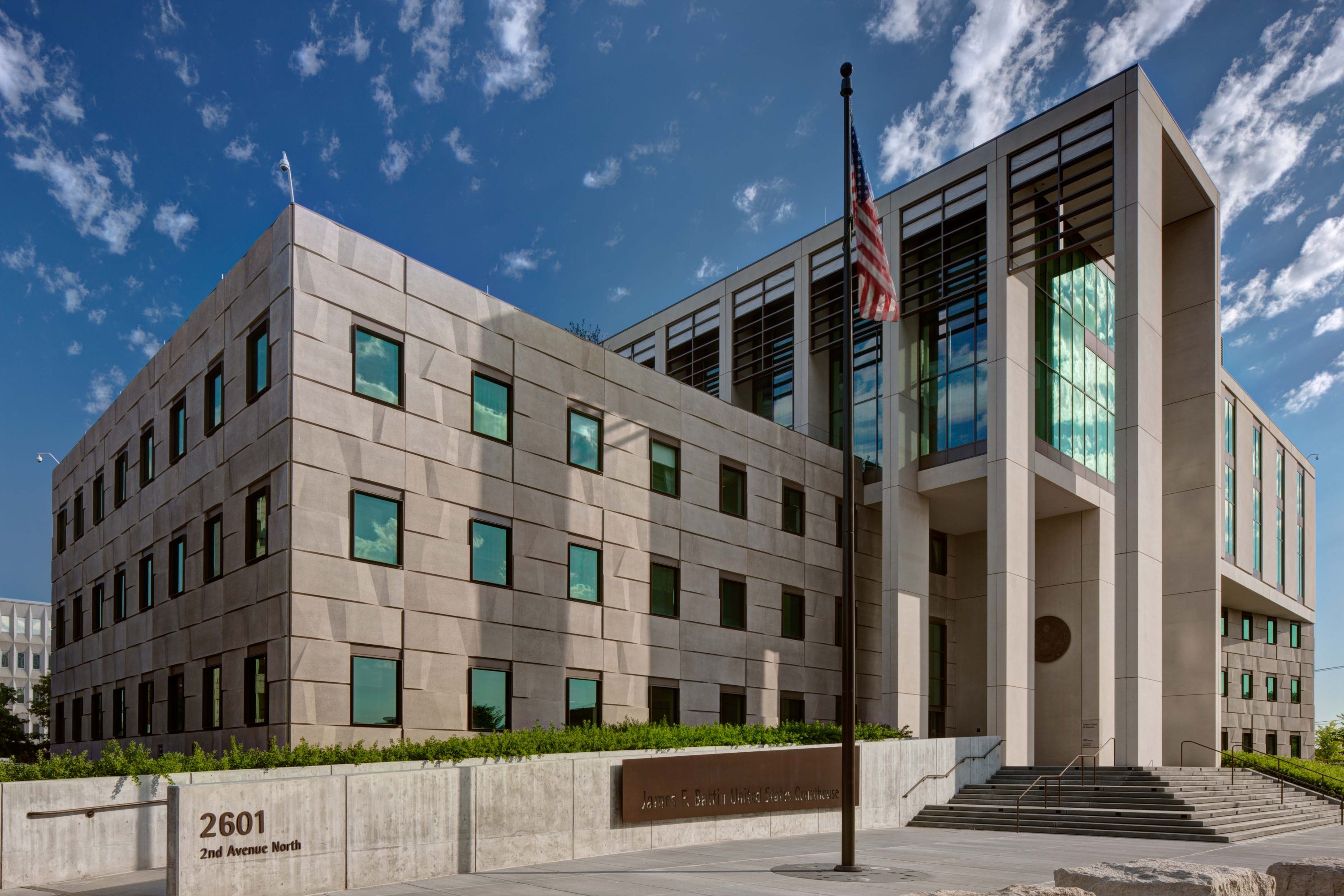 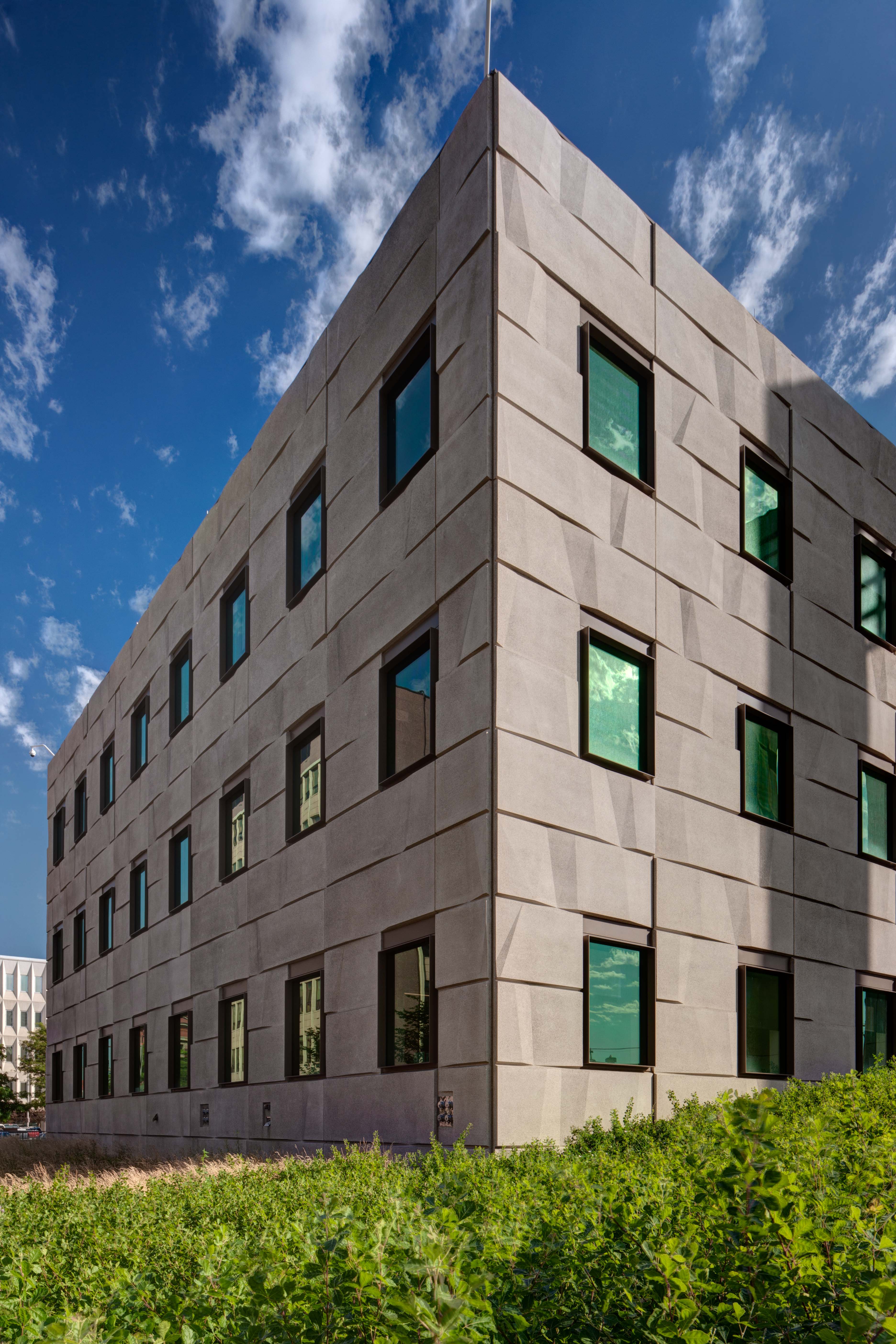 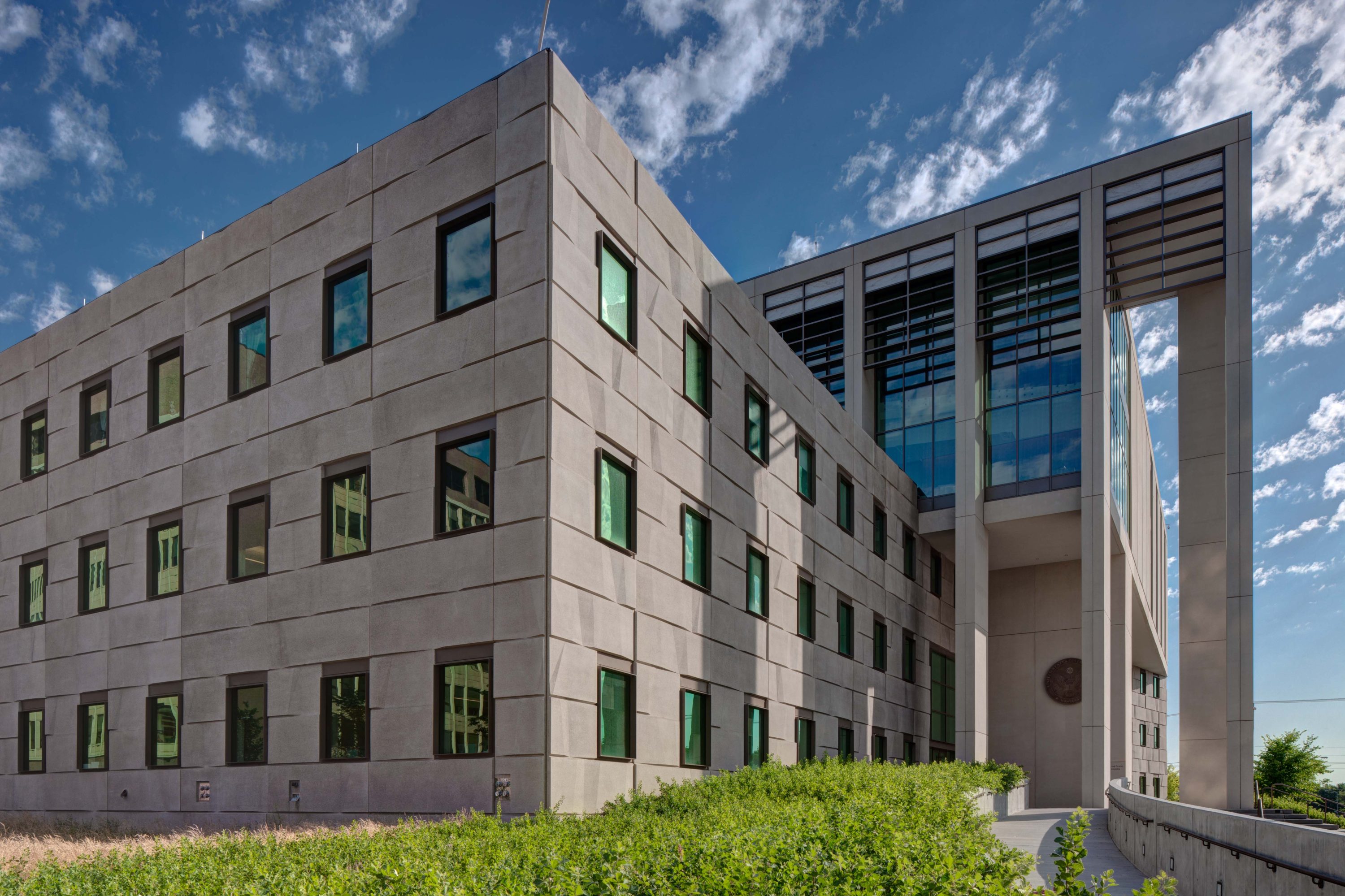 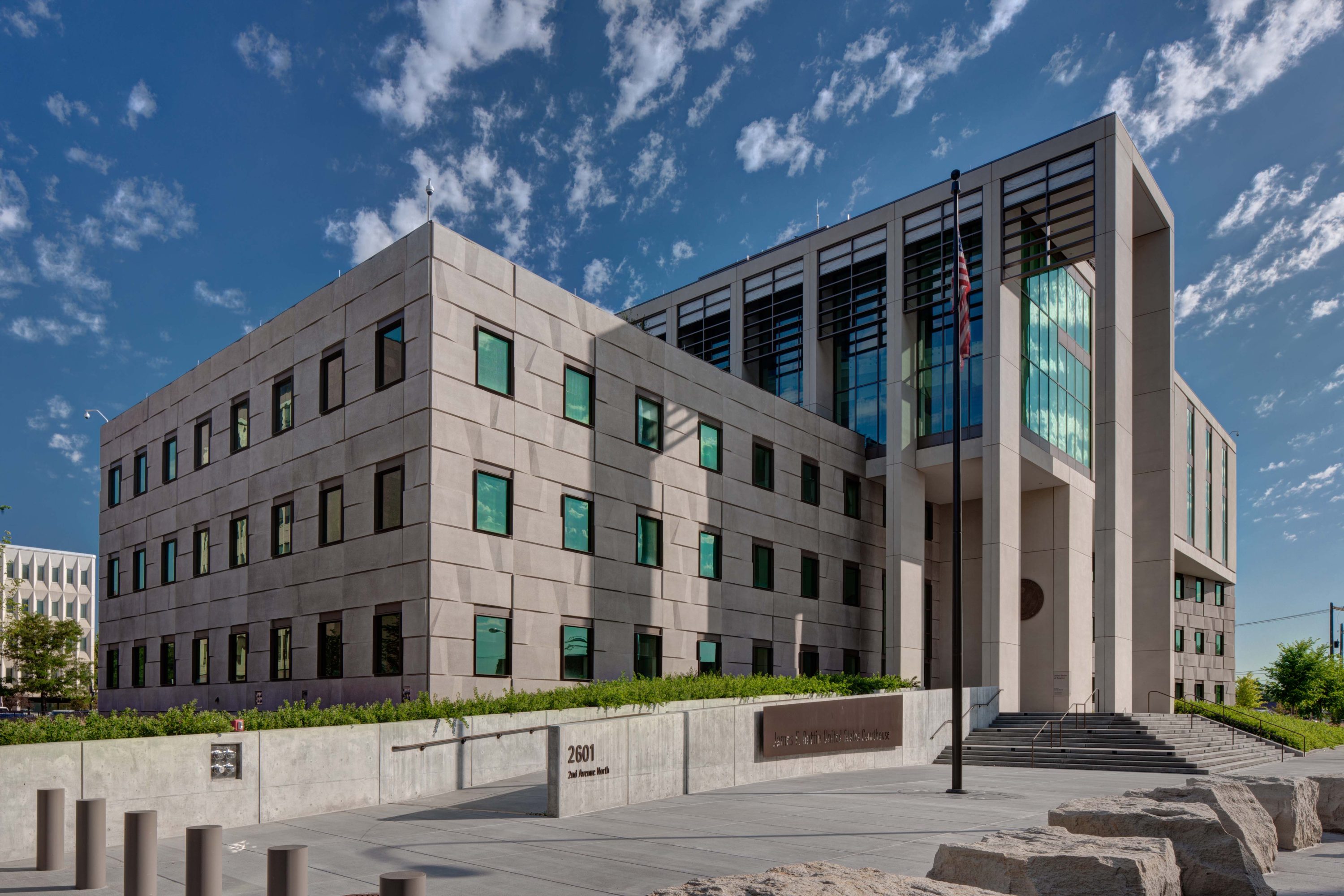 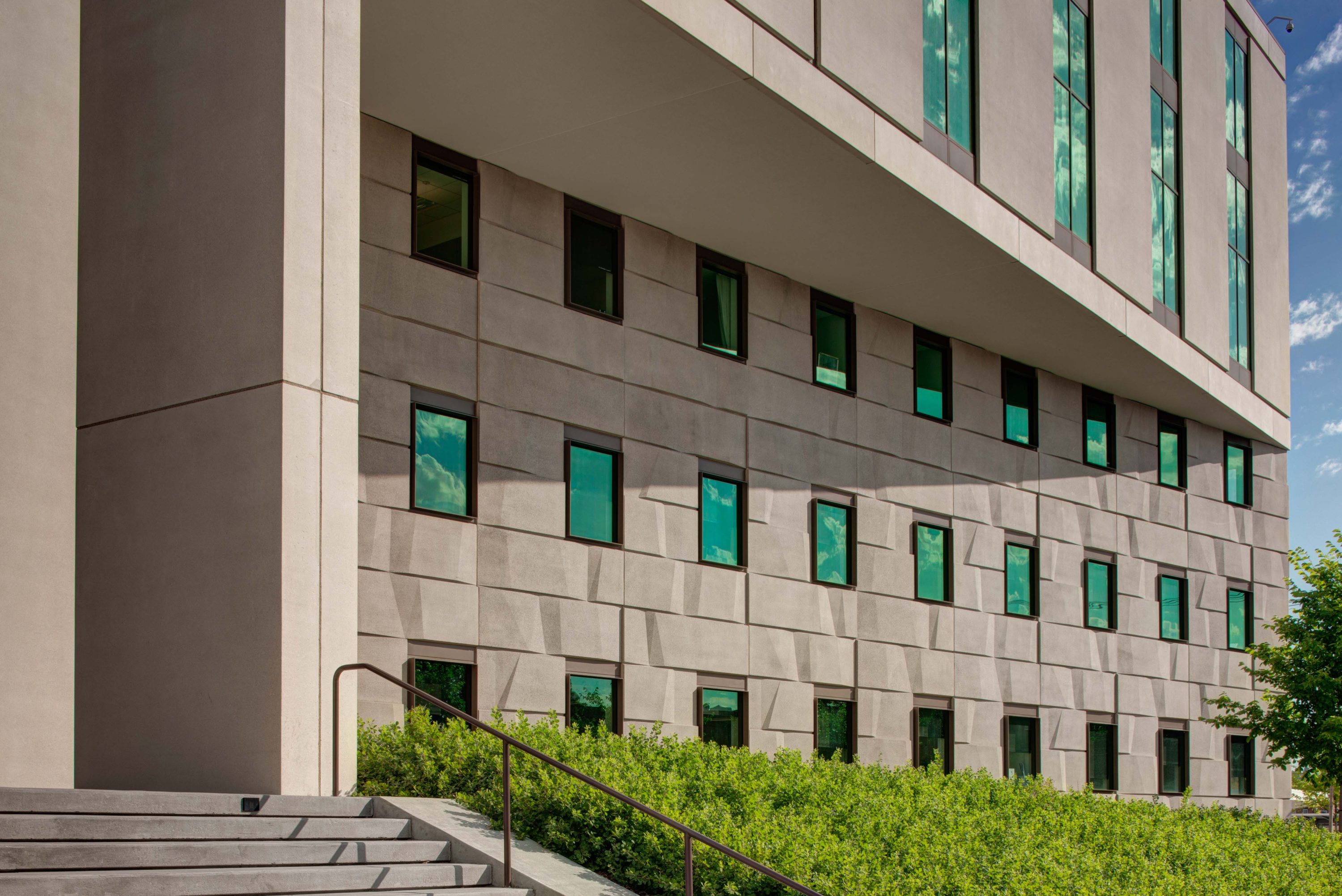 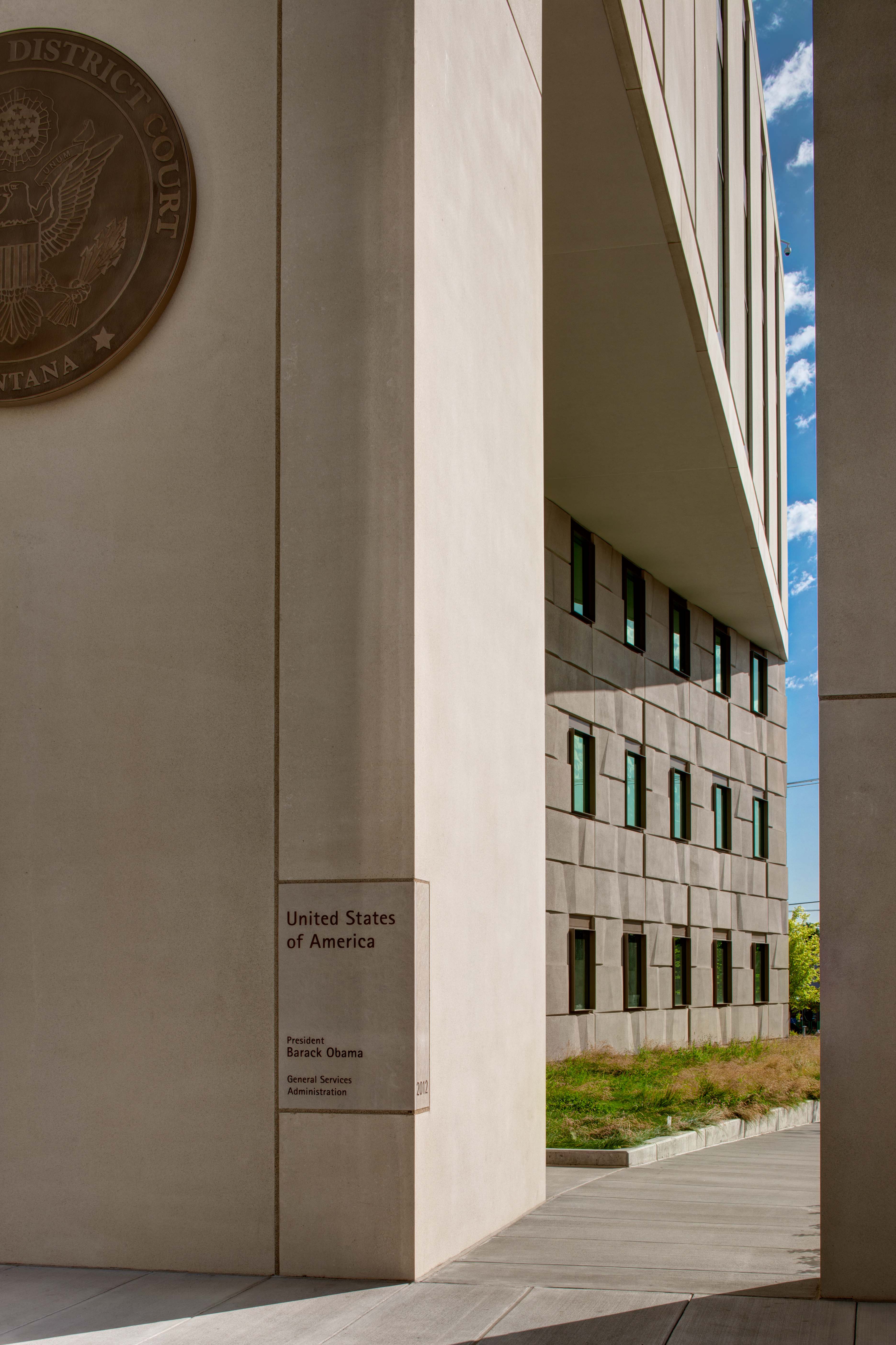 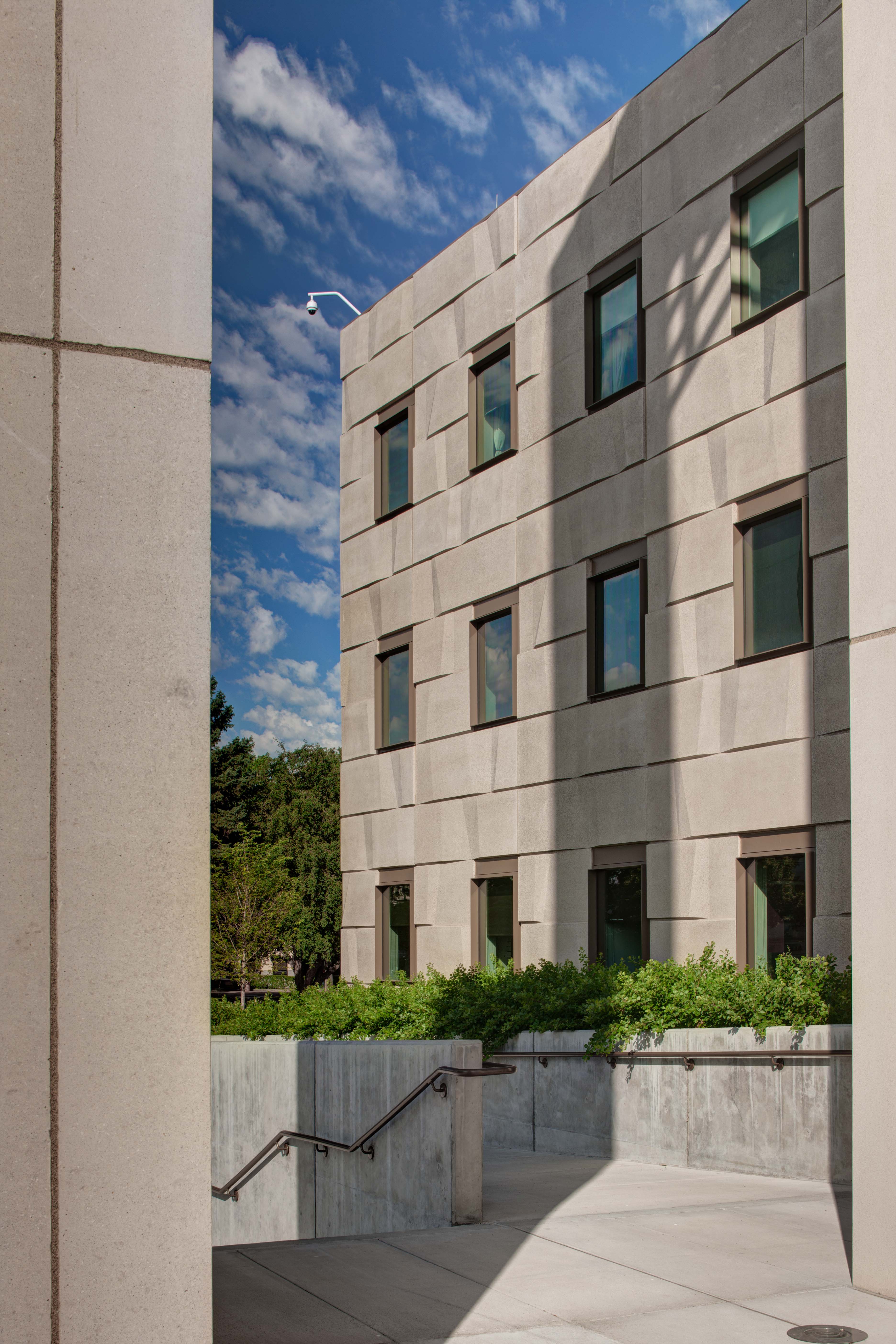 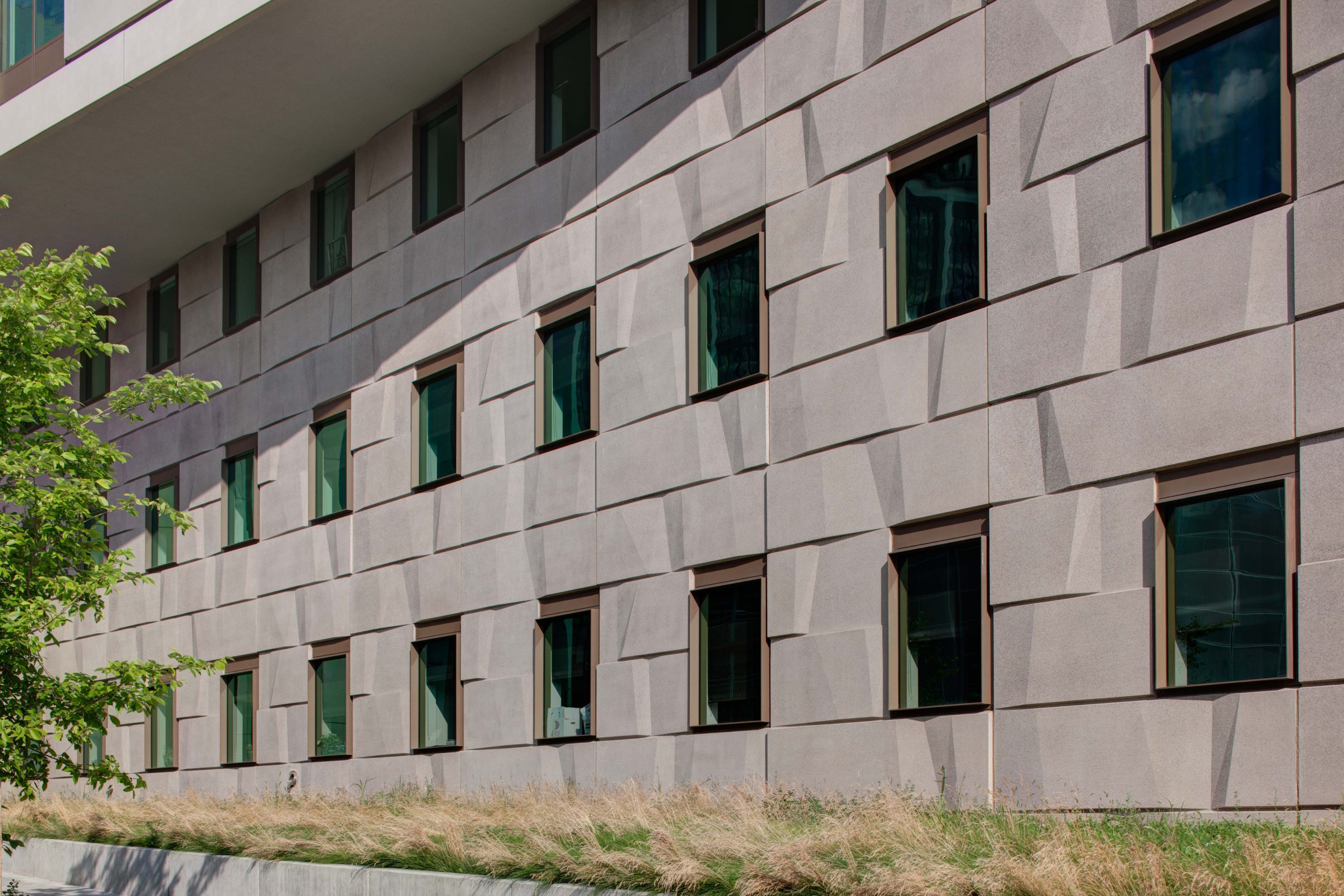 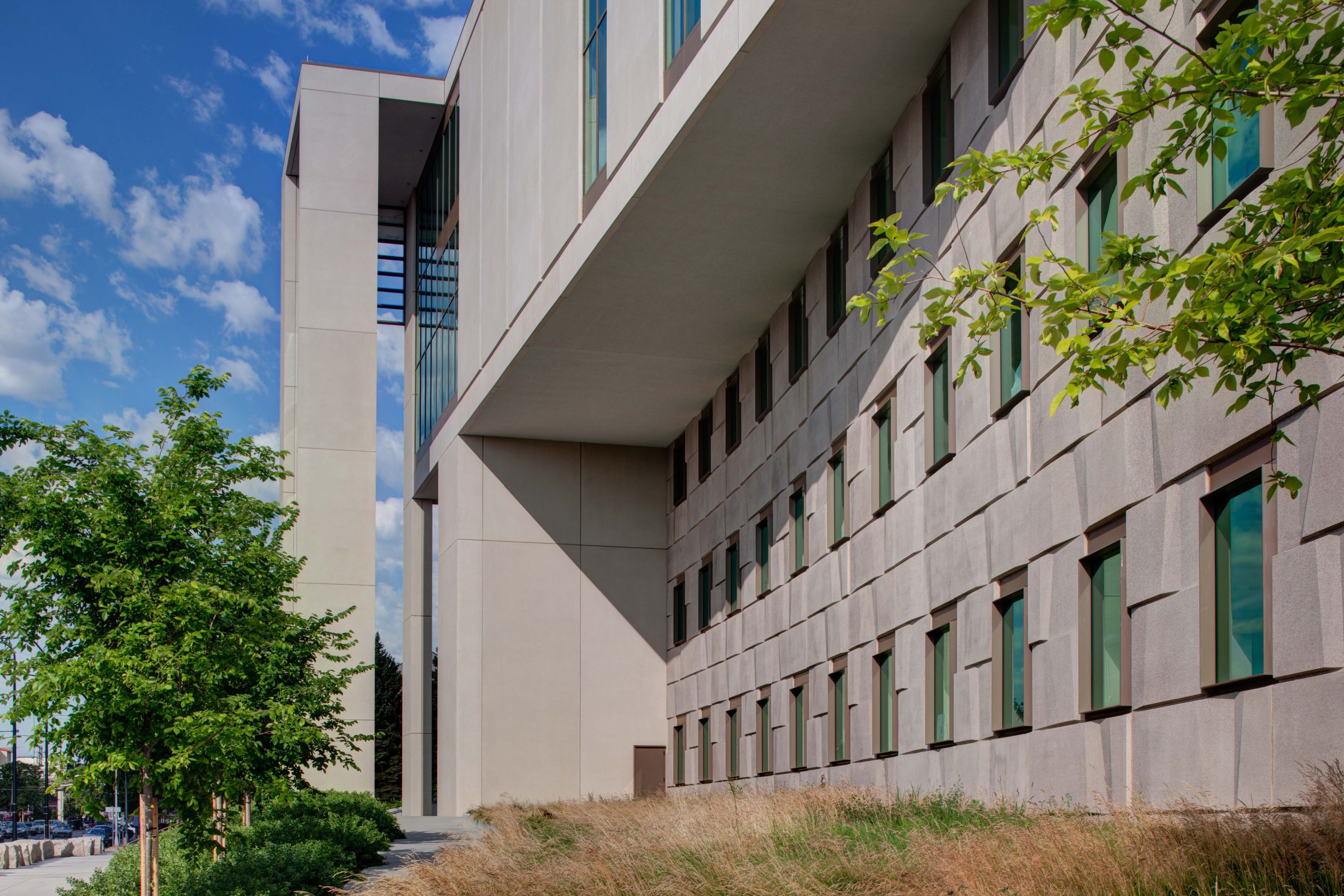 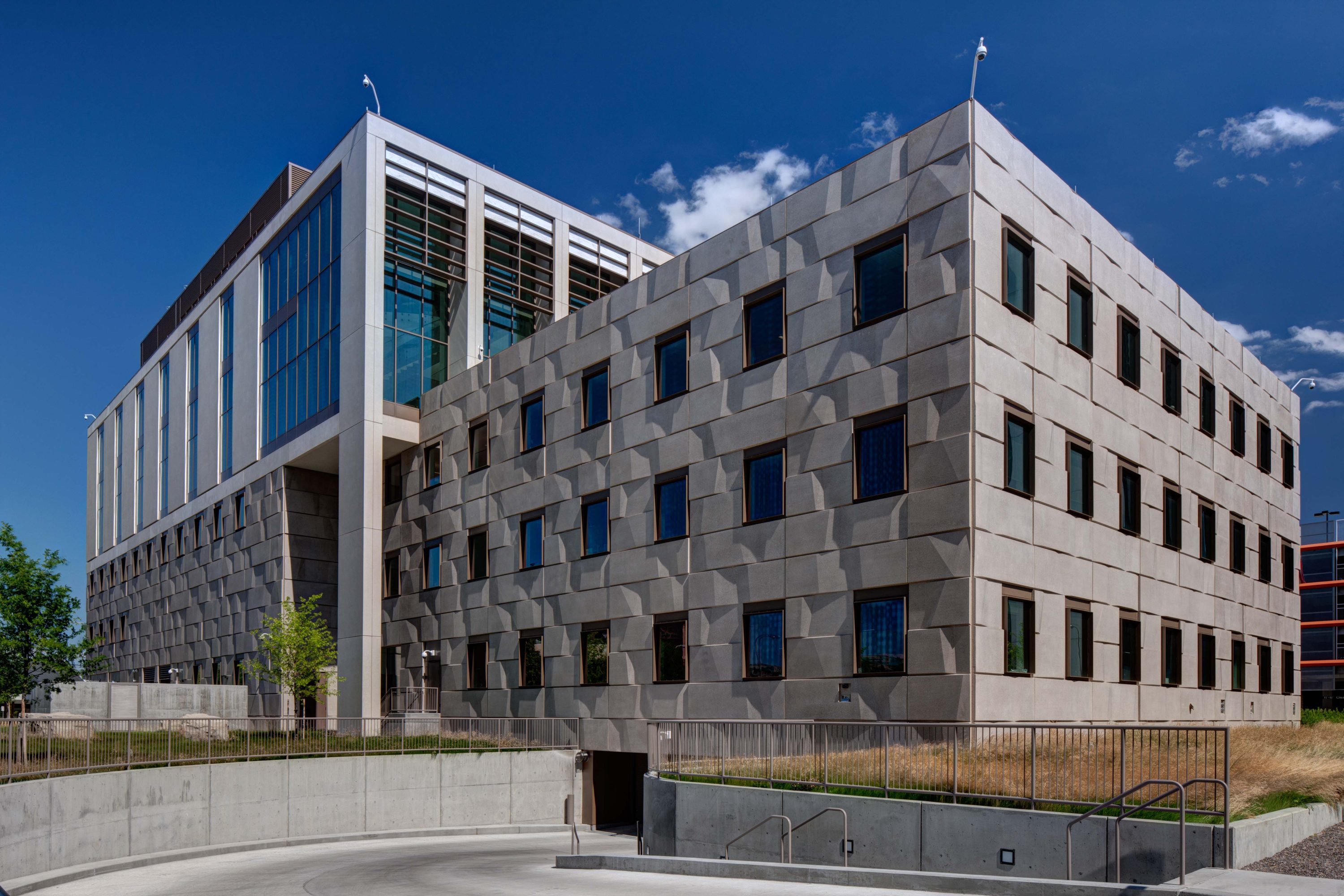 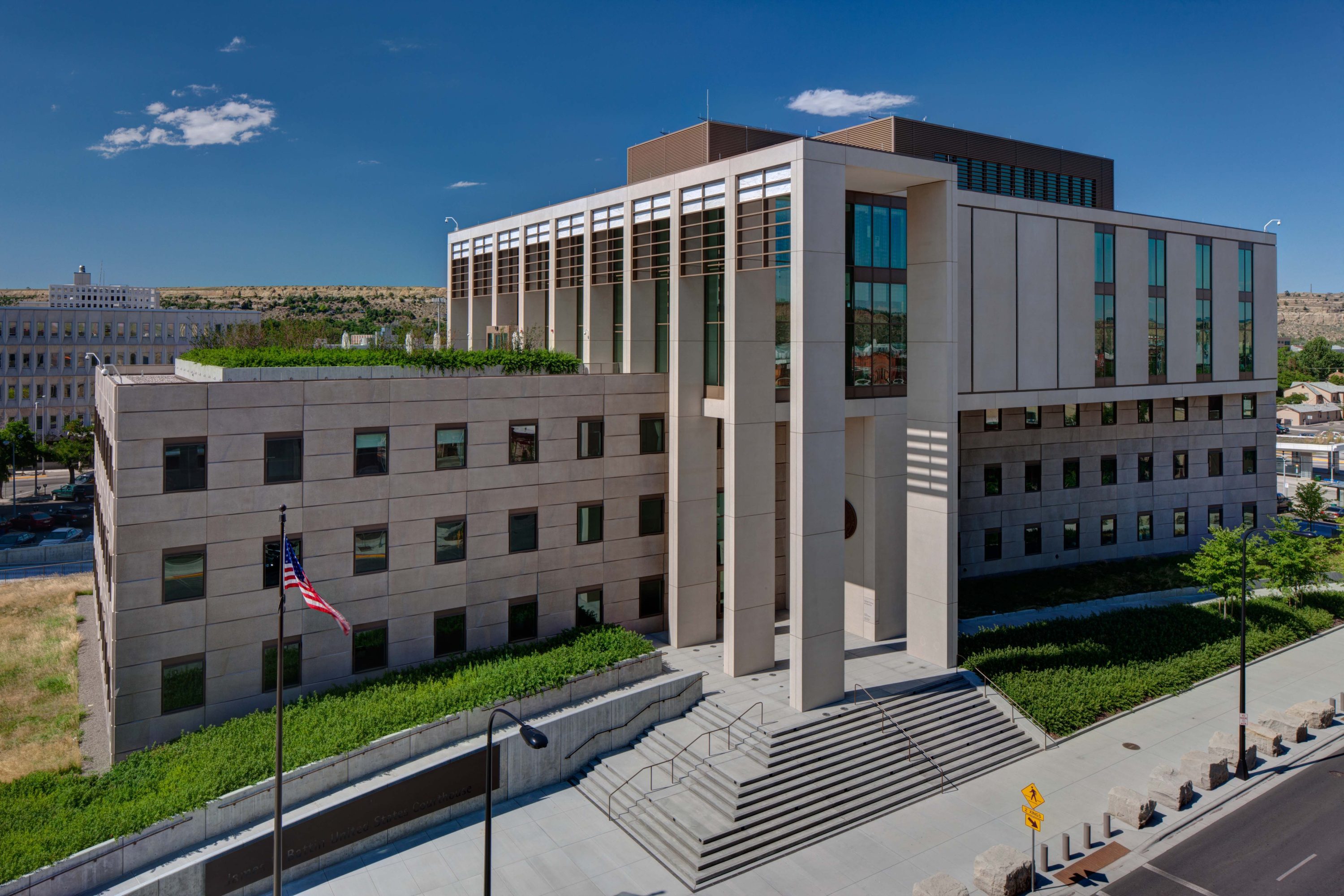