The design of the new Metro Transit Highway 610 & Noble Parkway Park & Ride Facility in Brooklyn Park, Minnesota fuses an abstraction of the surrounding landscape with a high performance, sustainable facility to create a striking statement along the Highway 610 corridor.

The vast prairie grass and snow swept landscape of this area was the genesis for the undulating precast facade panels. The subtle transformation of a standard precast panel typology was achieved by simply pulling two points along the panel’s surface. This strategy allowed us to meet the client’s budgetary and maintenance requirements while providing a dynamic facade that is in constant transformation as the sun travels along its articulated surface. The bold white precast panels emphasize the subtleties of light along the elevation and create a bold graphic statement against the flat black precast panels that enclose service areas and the speed ramp. Thus, users of the facility are greeted with an ever-changing experience that varies with season, time of day, and weather.

The two vertical circulation towers are pulled out from the ramp and create beacons along the western facade. They stand in contrast to the undulating panels and are simple cast in place concrete volumes with transparent curtain wall along the north and south. The cast in place concrete allowed us to maximize openings and minimize opaque structure. This transparency not only creates a beacon but addresses an underlying theme of security through surveillance.

The Metro Transit Highway 610 & Noble Parkway Park & Ride Facility in Brooklyn Park removed 1000 vehicles off the road a day traveling from a northern Minneapolis suburb to downtown Minneapolis; reducing miles traveled on the road by 34,000 a day, or 8,840,000 miles a year. In addition to the significant impact the facility has on fuel consumption and pollution, the client also desired a facility that reflected their continued commitment to sustainability and community. Located adjacent to an elementary school, the lobby will display energy performance of the facility allowing students to observe and learn as well as inform daily travelers of the building performance. 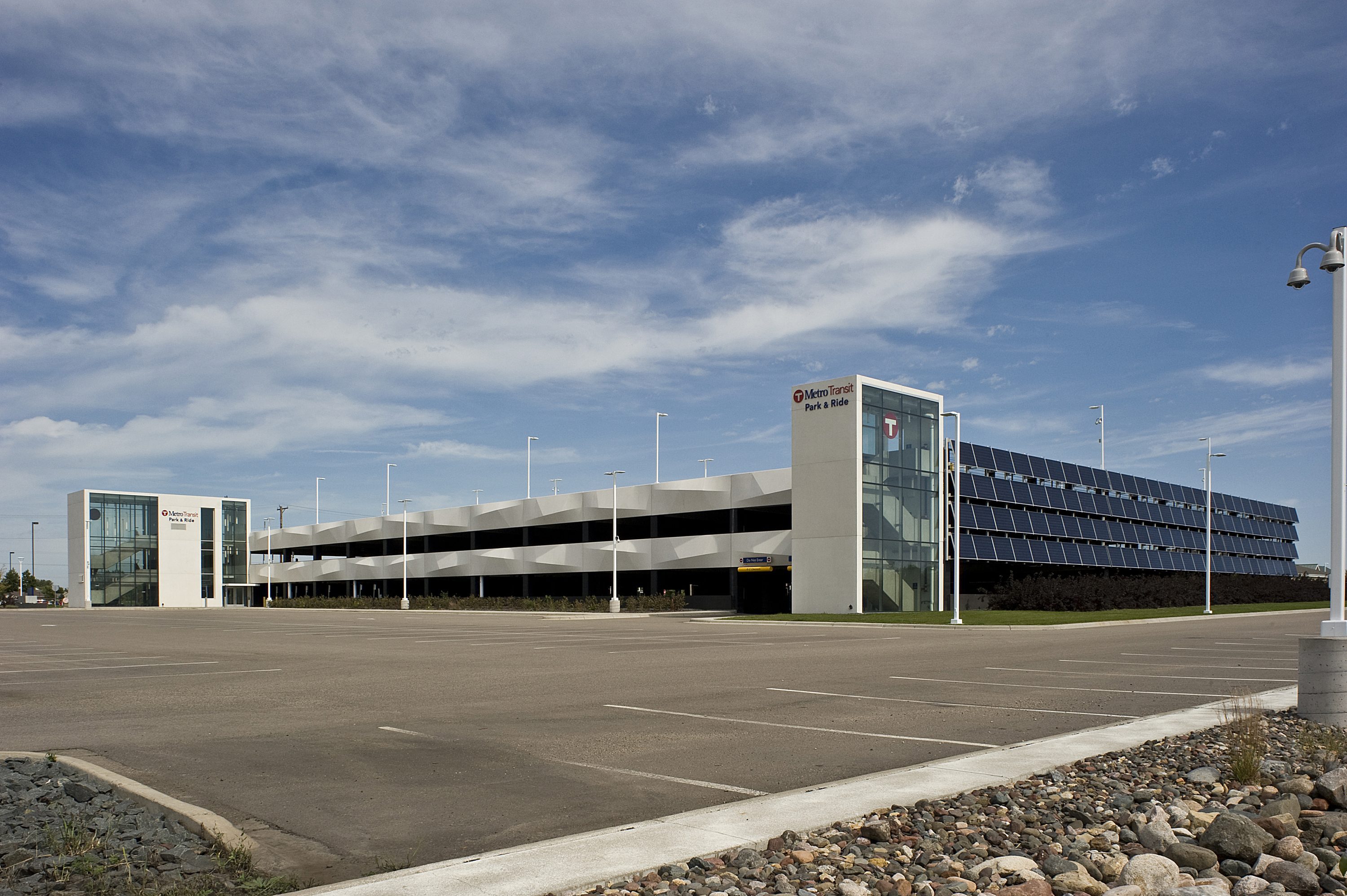 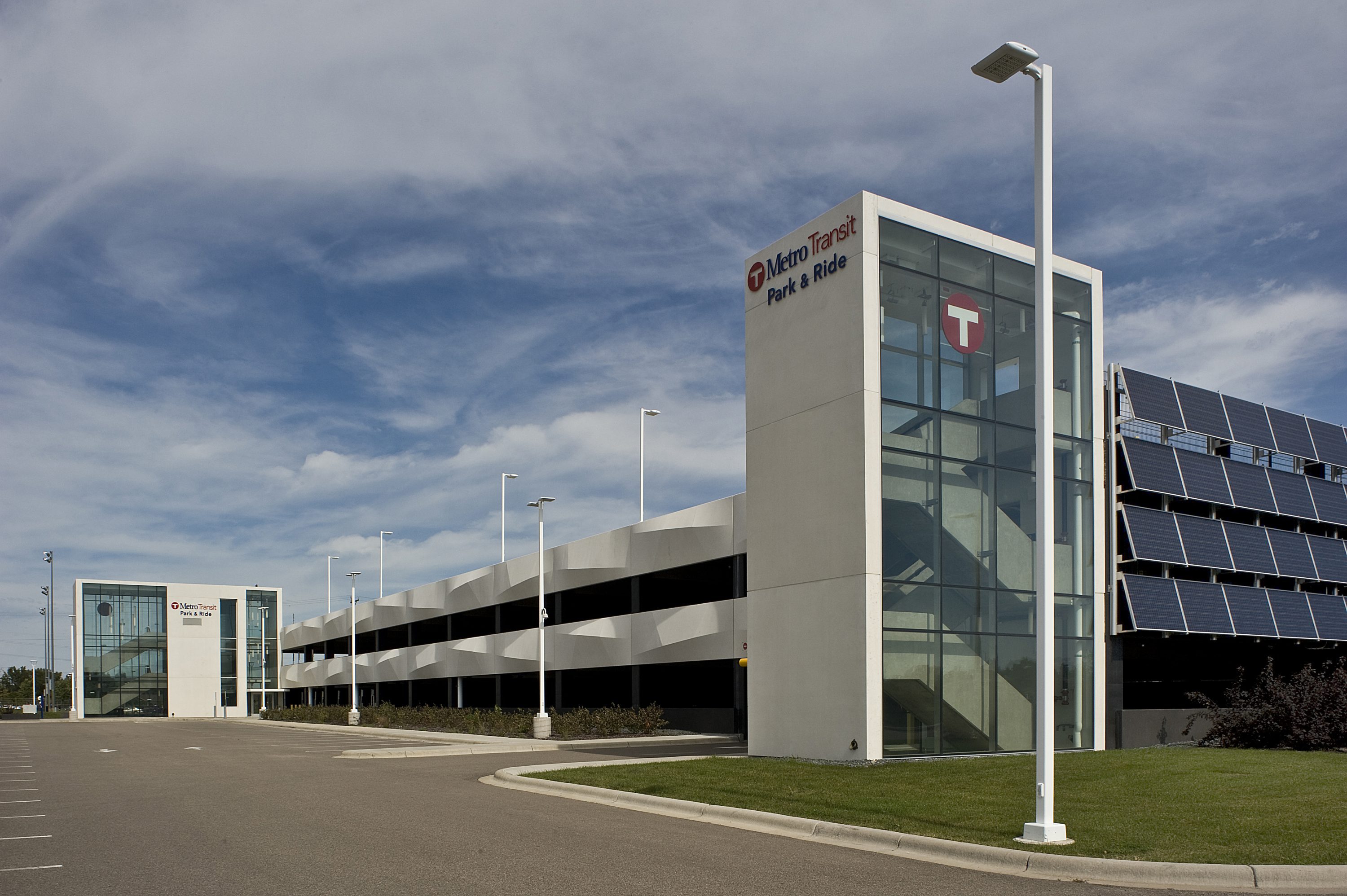 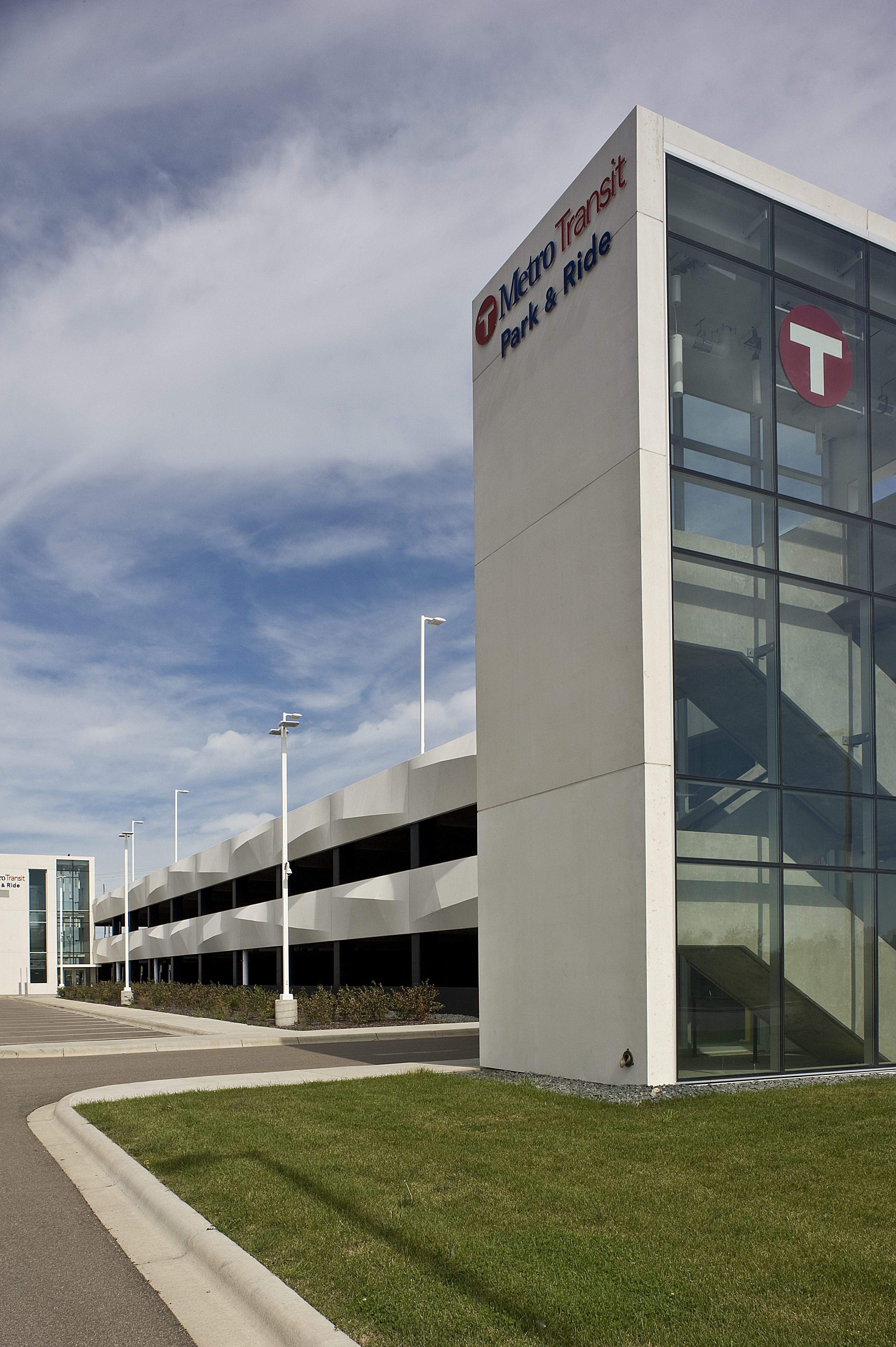 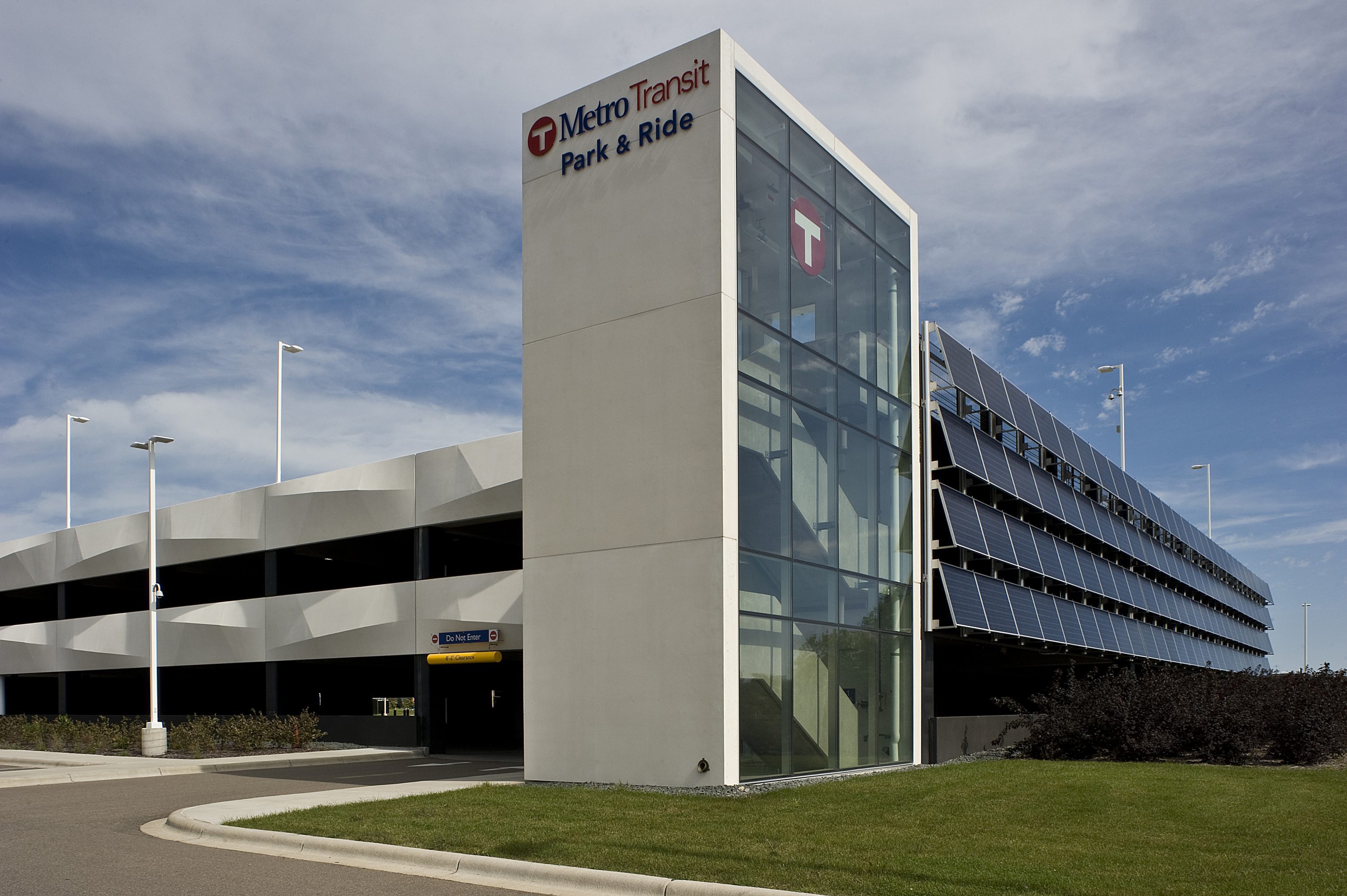 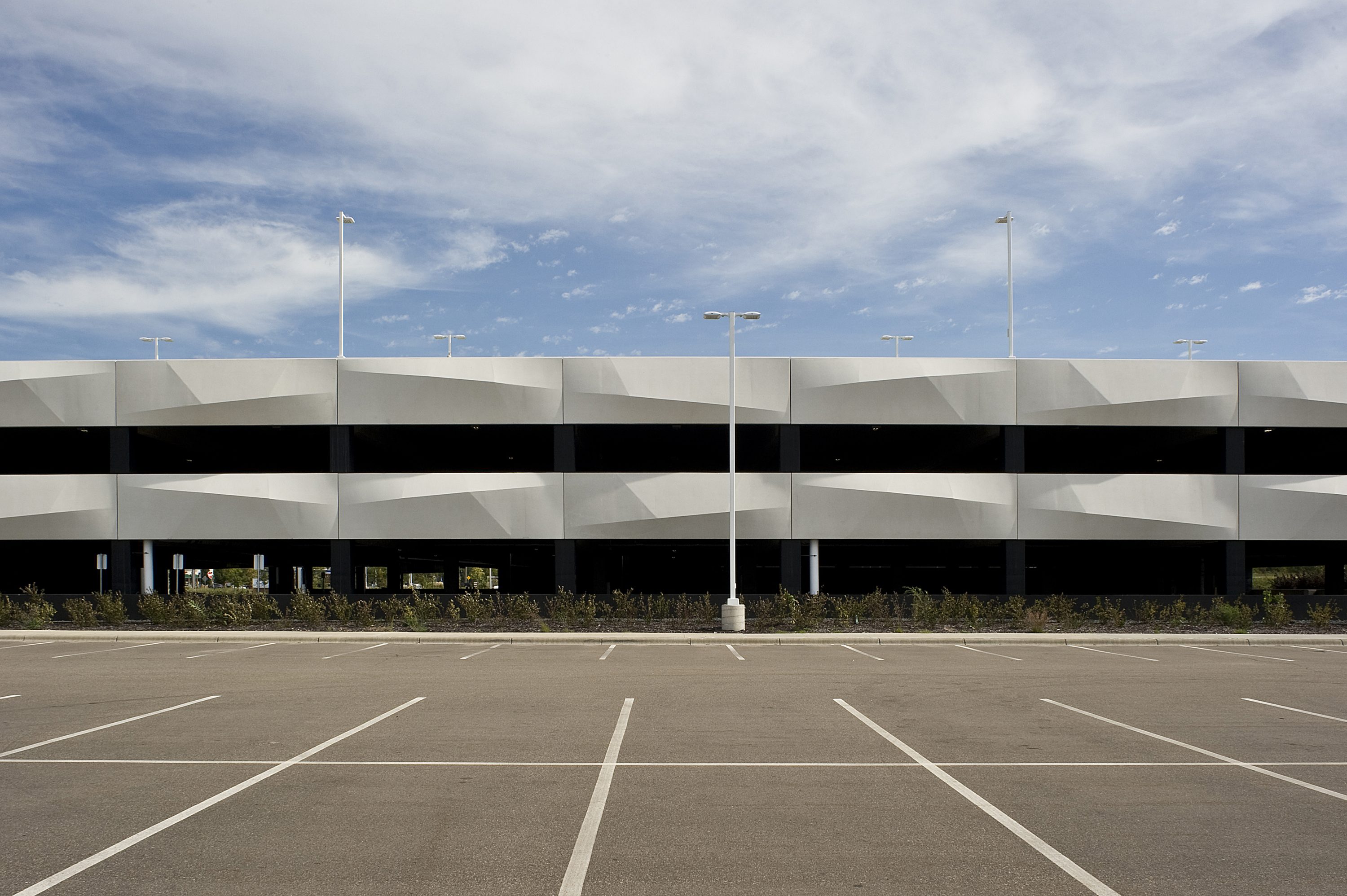 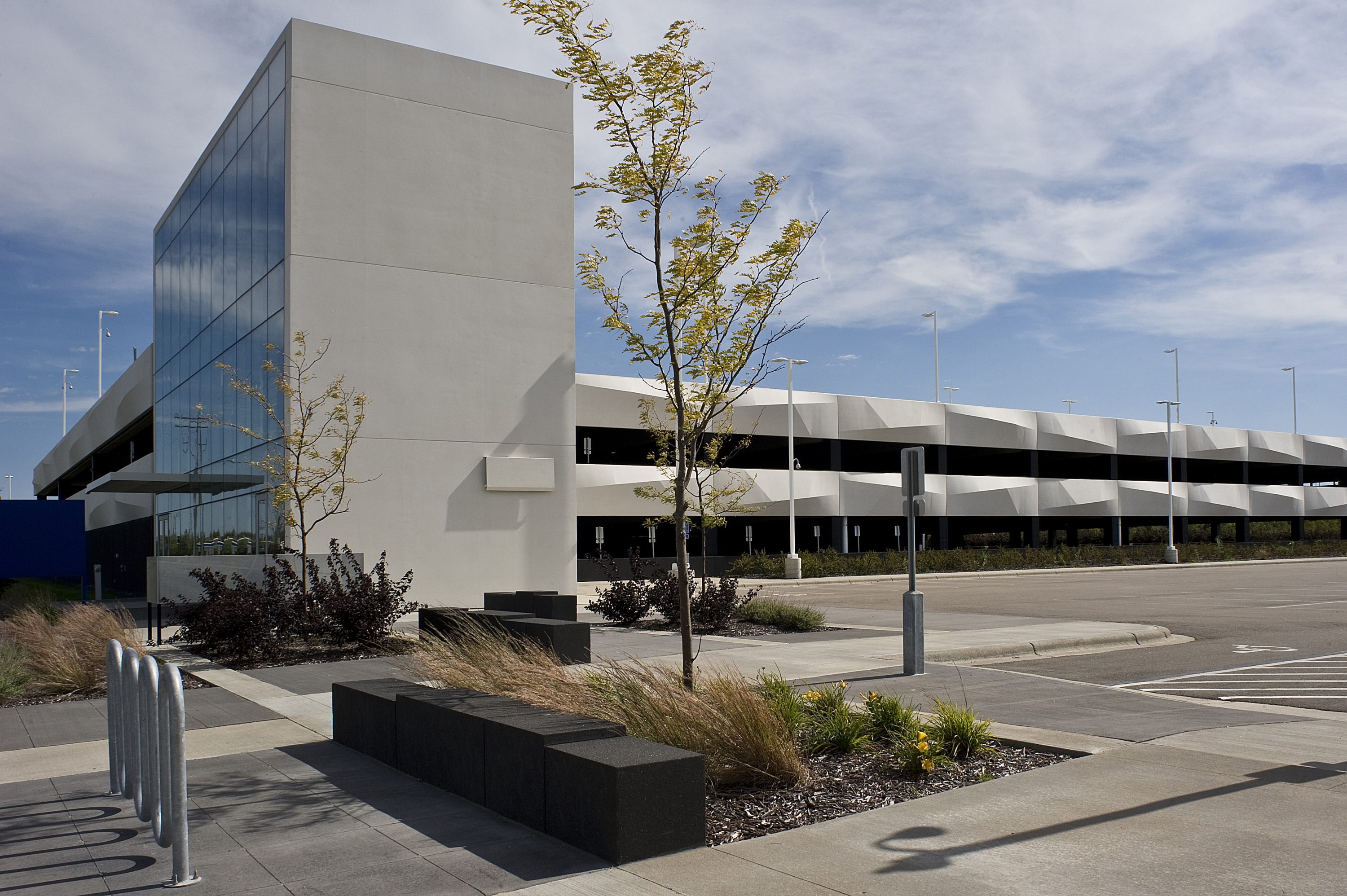 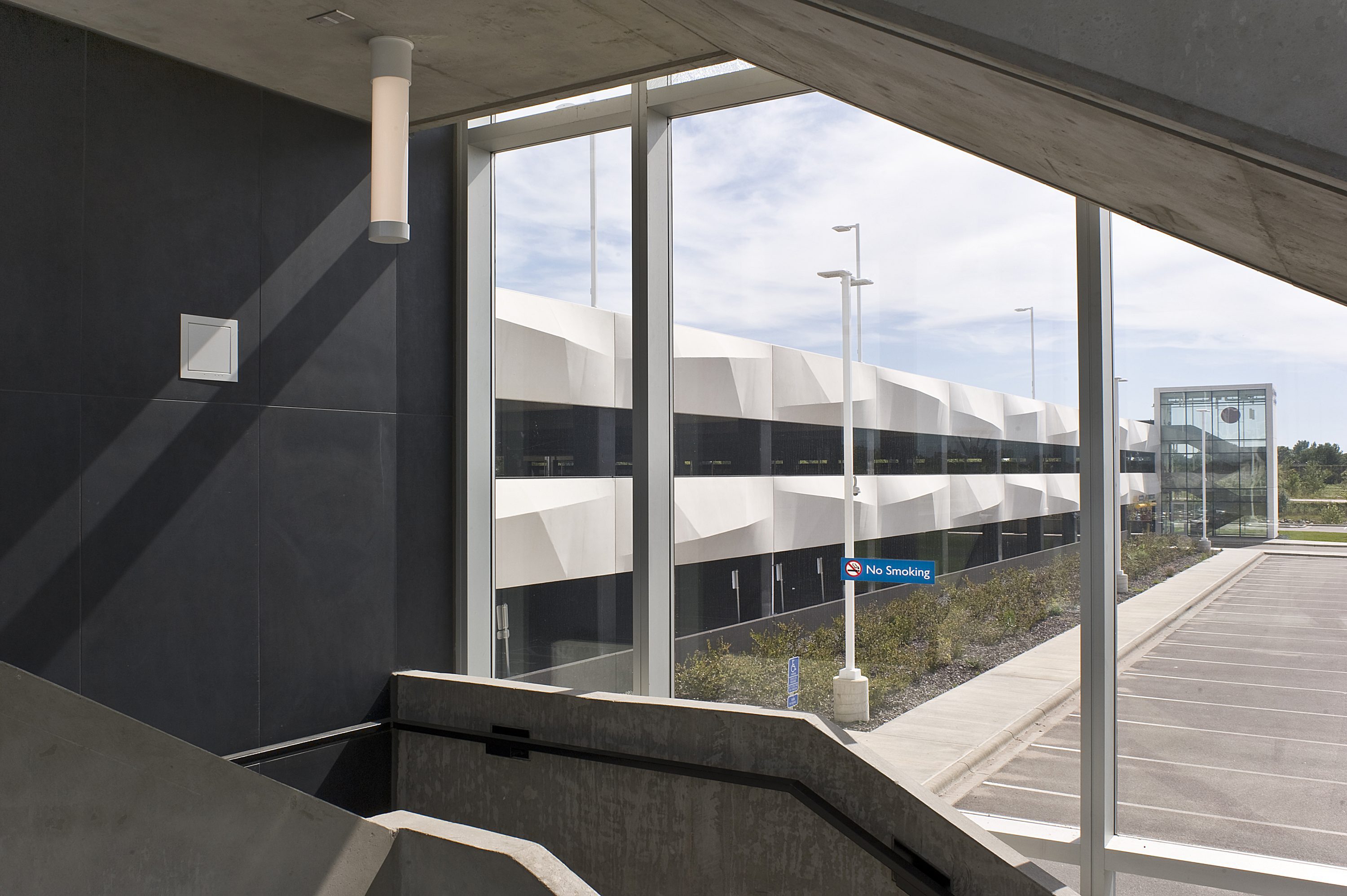 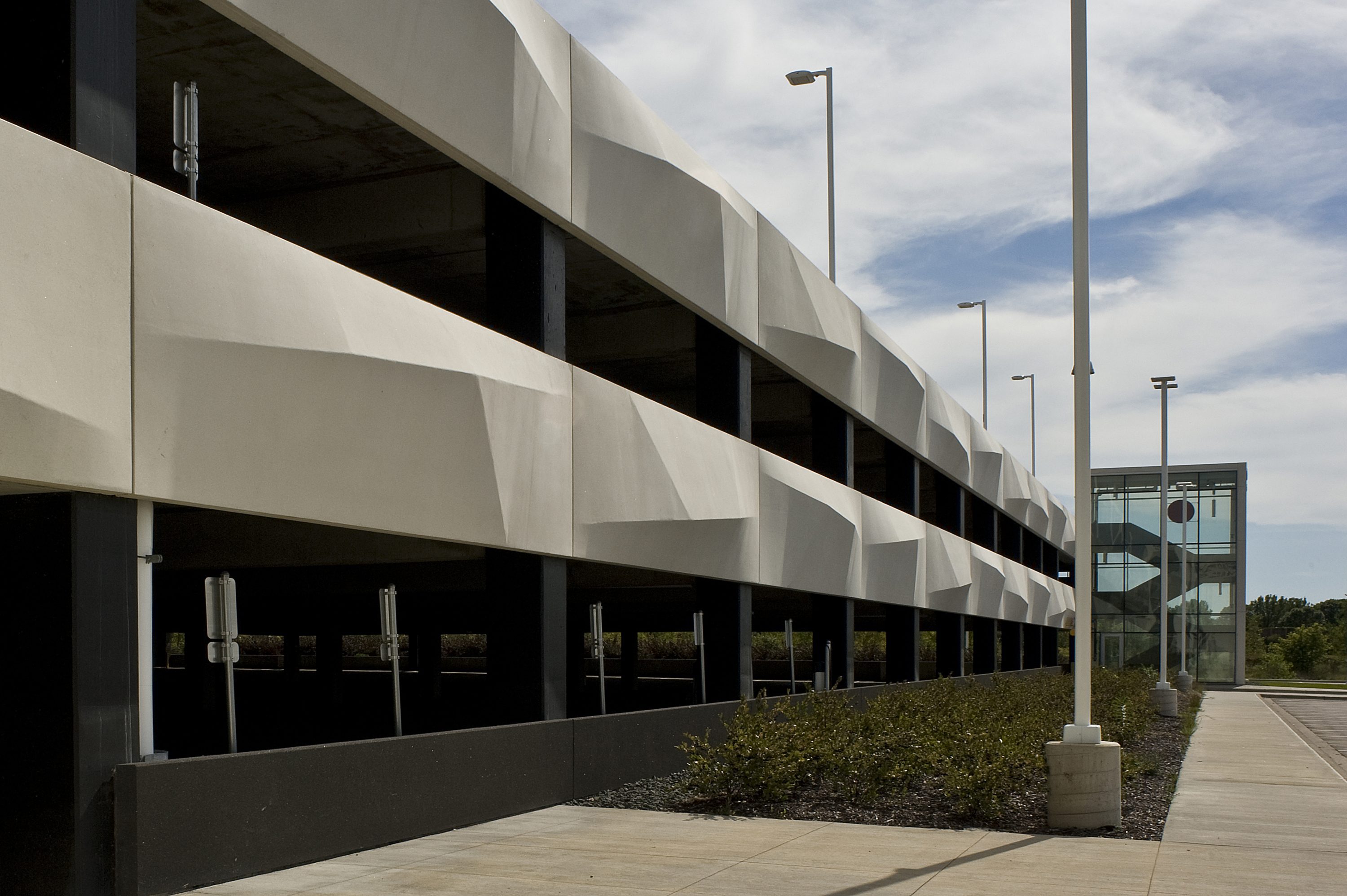 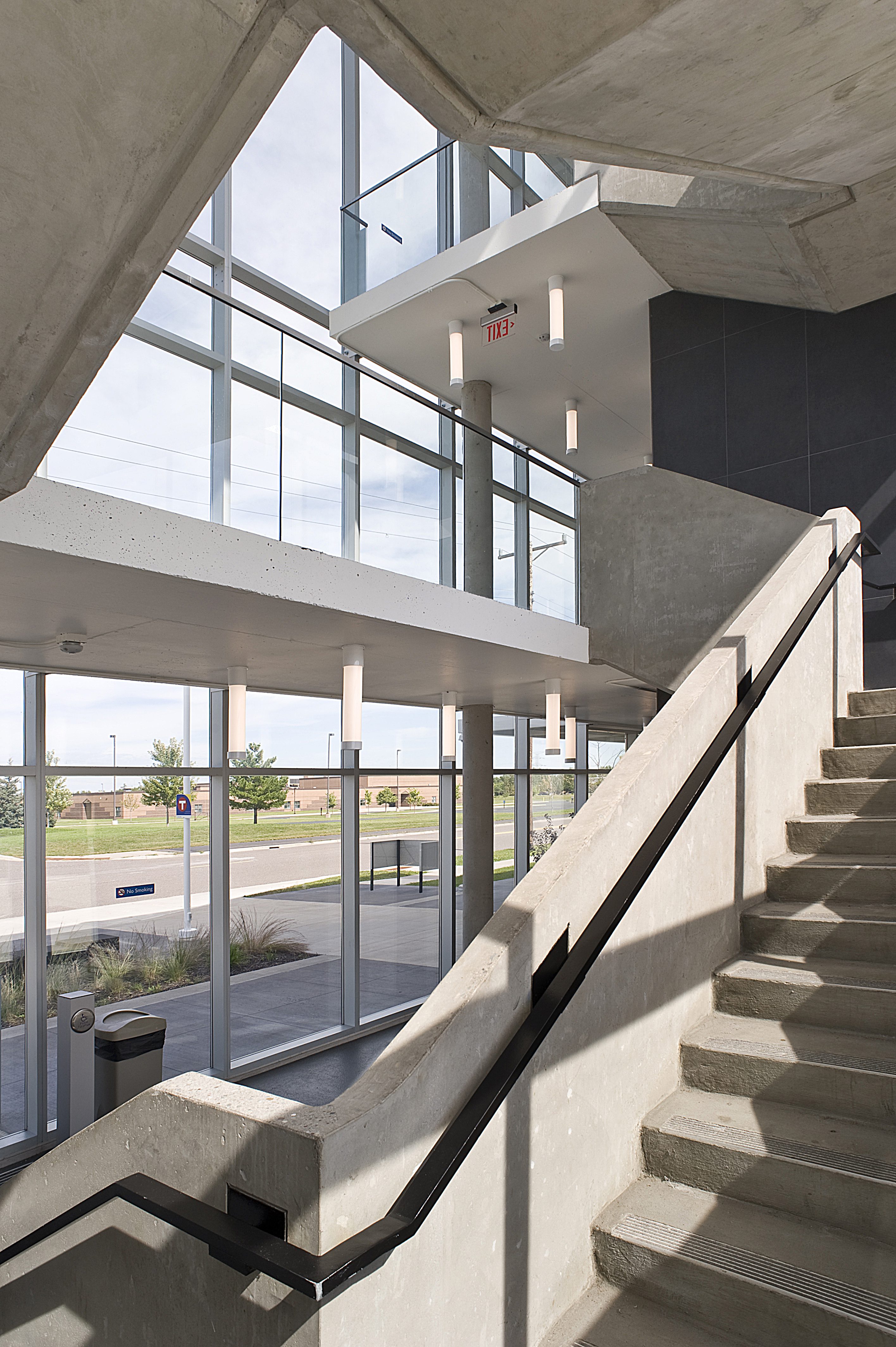