Gage Brothers is inviting Sioux Falls residents to get seriously silly and make a difference for local families in need on Thursday, May 26. 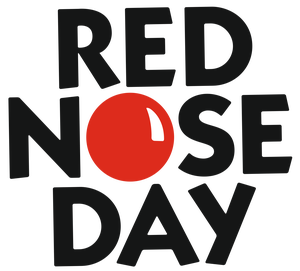 Red Nose Day returns this year to the U.S. on Thursday, May 26. Red Nose Day is a fundraising campaign run by Comic Relief, Inc., that aims to raise awareness and money for children and young people most in need, in the U.S. and around the world.

The campaign’s iconic Red Noses – which people wear in support of the official Red Nose Day on Thursday, May 26 – returned to store shelves at Walgreens locations nationwide on March 28, officially kick starting the nine-week charitable campaign.

It all culminates with a celebrity-packed two-hour primetime television special on NBC on May 26.

Feeding America collaborates with Feeding South Dakota to provide the local chapter with access to millions of pounds of food product that is donated by corporations all across America.

Gage Brothers is working together with Feeding South Dakota’s expertise to use Red Nose Day to truly make an impact on the pressing issue of hunger in Sioux Falls.

For every person who stops by the Gage Brothers office on May 26 and has their photo taken wearing a red nose, Gage Brothers will donate one dollar to Feeding South Dakota.

As the city’s hub for integrated food poverty assistance, Feeding South Dakota provides temporary food assistance to more than 190,000 hungry individuals and families in South Dakota on an annual basis. In addition, their BackPack Program gives food every weekend to more than 5,000 kids who otherwise might go hungry.

“Gage Brothers is committed to giving back and supporting worthy causes and organizations that align with our mission and core company ethos,” said company president Tom Kelley. “Feeding South Dakota changes lives for local residents and families and we look forward to this promotion helping those in need live a healthier life.”

Gage Brothers will provide the red noses for the event. Walgreens is the exclusive retailer of the signature noses in the U.S., which cost $1 each with 50 cents contributed to the Red Nose Day Fund.

Mascots from several area colleges and sports teams will be on hand to meet and greet and pose for photos.

She added, “For every $1 donated at this event, Feeding South Dakota can provide five meals to those who are going hungry in our community.”

“Just think about it,” added Kelley. “That dollar bill you were going to put in a vending machine can put dinner on the table for a family of five.” 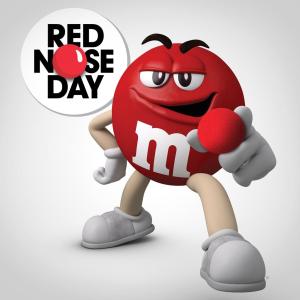 Individuals who post their photos on social media can also support Red Nose Day on a national scale. M&M’S will give consumers “30 Days of Laughs” through its #MakeMLaugh campaign, where the brand will donate $1 to the national Red Nose Day Fun for every social engagement with the hashtag on May 26.

“By tapping into the extraordinary generosity of the Sioux Falls community, we hope to raise even more awareness and funds for Feeding South Dakota while also having a lot of fun,” said Kelley.

Red Nose Day is a fundraising campaign run by the non-profit organization Comic Relief Inc, a registered 501(c)(3) public charity. Money raised goes to the Red Nose Day Fund, which distributes money to organizations whose work helps to achieve Comic Relief Inc.’s vision of a just world free from poverty. The inaugural Red Nose Day in the U.S. was held on May 21, 2015 and raised more than $23 million. Funds raised benefited children in all 50 states and 15 countries internationally through programs addressing literacy, education, healthcare, and nutrition. The second annual Red Nose Day will take place on Thursday May 26, 2016.  The day’s events will culminate in a two-hour entertainment TV special on NBC, featuring the country’s favorite comedians, musicians and Hollywood stars.

Half of the money distributed by Red Nose Day 2016 will be spent right here in the U.S. The other half will be spent in some of the poorest communities in Latin America, Asia, and Africa. All money raised supports projects that ensure kids are safe, healthy, and educated.