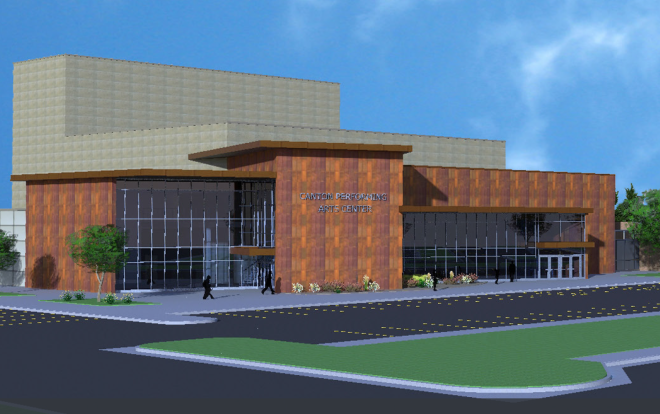 Other site work consists of a new parking lot, storm sewer adjustments and the relocation of an existing water main.

The architect of record is Architecture Incorporated of Sioux Falls.

Gage Brothers has enjoyed a prolific partnership with Architecture Inc. since the firm’s establishment in 1976. The two Sioux Falls companies have collaborated on more than 130 building projects over the past forty years.

The Canton PAC build comes on the heels of the grand opening of the Mitchell (S.D.) School District’s new 67,000-square-foot performing arts center, another Gage Brothers project. Gage Brothers manufactured more than 28,000 square feet of precast concrete for the $15.3 million venue, which hosted the Palace City Jazz Festival for its February 7th debut.

Founded in 1915 by members of the Gage family, Gage Brothers’ experience in performing arts venue construction illustrates their knowledge of the intricacies and substantial detail that make up these specialized environments.

Formerly Washington High School, the Washington Pavilion underwent an intense $33 million renovation in 1999 and is now considered to be one of the top fine arts facilities in the state.

The Canton High School performing arts center is scheduled to be completed late next summer.