Gage Brothers today announced the construction of a new plant featuring a multi-million dollar investment in state-of-the-art technology rarely used in the manufacture of precast concrete in the United States.

The new manufacturing facility will be located at 2800 N. Bahnson Avenue off of Interstate 229, in northeast Sioux Falls.

“We are celebrating our proud South Dakota heritage, the growing popularity of Gage Brothers products in national markets, our continuing investments in productive technology and our great employee owners who are the backbone of our success,” said Gage Brothers president Tom Kelley.

Gage Brothers’ new space is expected to cost about $40 million, which will primarily be financed through Great Western Bank and Gage Bros. Land Company LLC, with additional funding from the South Dakota Governor’s Office of Economic Development (GOED) and private investors. The Gage Bros. Land Company is comprised of the Gage Brothers board of directors along with Tom and Fred Gage.

“We are thrilled to be a part of this exciting project with Gage Brothers as they enter into the next phase of their long-standing history in Sioux Falls,” said Ryan Boschee, Great Western Bank Group President. “Our organizations share many similarities in our missions and values while calling Sioux Falls home. Like Gage Brothers, we are big enough to handle projects of this scale while maintaining a local feel.”

“This new facility will benefit not only the Sioux Falls community but the entire region for years to come,” added Jay Mitchell, GWB Business Banker. “For more than a century, Gage Brothers has been a leader in the manufacturing of innovative architectural and structural precast concrete products. We’re honored to partner with Gage in this exciting project.”

“Gage Brothers is a 100-year-old company whose impact on the construction industry reaches far beyond the Sioux Falls-area,” said GOED Commissioner Scott Stern. “A $40 million investment in new construction and infrastructure means a lot more than a building—it’s a place where new and existing employees will continue to manufacture a quality product, in a safe and more efficient work environment. This is a very welcome expansion, by a long standing South Dakota business. It’s our pleasure to be a part of history in the making.”

Running out of room

A slow-and-steady rebound from the recession has evolved into consistent business growth for Gage Brothers, a company that continues to see customer demand for its products – particularly, insulated systems and thin-brick panels – grow beyond its existing capacity.

Gage Brothers has been at the same West 12th Street location since its founding in 1915, a locale that served its purpose until space could no longer keep up with demand.

“We’ve outgrown capacity to the point we’re turning down work on a regular basis,” said Kelley, who has been at the helm of Gage Brothers since 2001.

Once completed, the new facility will increase Gage Brothers’ manufacturing capacity by 60-percent and play a central role in expanding the company’s geographic footprint in the United States. Since 1963, roughly 92 percent of the building projects awarded to Gage Brothers have been located in South Dakota, Minnesota and Iowa.

Current operations are scattered between sixteen buildings on thirty acres. The new plant will consolidate machinery and employees into a single 210,000-square-foot facility spread across 45 acres.

“Our end goal is to continue to provide top quality products and create an even better experience for our clients,” said Kelley. “We want to continue to set the standard for the precast concrete industry and the new building gives us the space we need to do so.”

The architect of record for the new plant is the Sioux Falls office of JLG Architects. The construction management contract was awarded to Fiegen Construction, also of Sioux Falls.

“Making a 100-year move is a really big deal,” said Dave Van Nieuwenhuyzen, AIA, design lead for the project. “The new Gage Brothers manufacturing plant will help them remain a national leader in precast concrete for generations to come, and become the most automated precast manufacturer in the nation.”

Designed with employees in mind 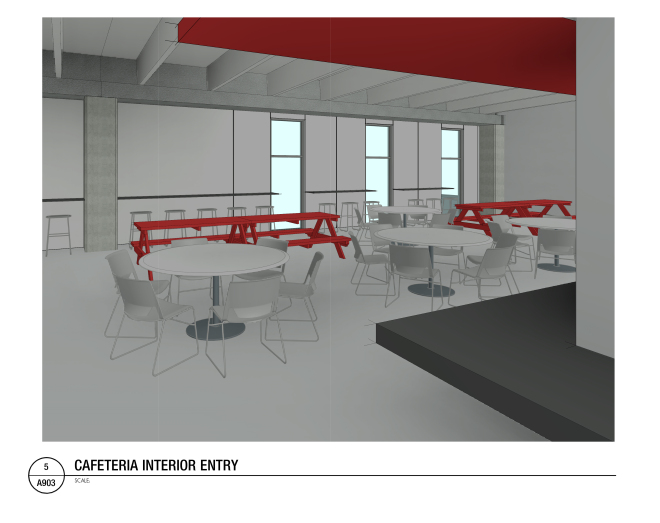 The well-being of current and future employees also played a paramount role in the design of Gage Brothers’ new home. Workplace amenities include a large cafeteria, locker rooms and collaborative areas. Large windows throughout the facility will allow ample natural light without compromising energy efficiency. Offices for Gage Brothers supervisors will be located on the mezzanine level, along with a training room and additional social spaces.

The facility has also been designed to attract great talent and create a highly engaged and happy workforce.

Approximately 95 percent of the precast concrete production process will be indoors, compared to 65 percent at the current Gage Brothers location. This will remove employees from risks associated with working outdoors, such as extreme cold and sun exposure.

Gage Brothers has also taken proactive steps to be prepared for the new Occupational Safety and Health Administration (OSHA) silica exposure rule that will take effect next summer for the manufacturing industry.

The rule reduces permissible exposure limits for respirable crystalline silica significantly and requires employers to use engineering controls to limit worker exposure. Industries have 1-to-5 years to comply with most requirements.

The elimination of sandblasting process will remove the health hazards associated with silica dust. Gage Brothers will also phase out its current acid-etching finishing process. This process will be replaced with a technique that will be more environmentally friendly.

“We are proud of our employees and the quality products they safely produce for our customers every day, and believe this new facility will allow us to create a world-class safety culture and injury-free work environment,” said Kelley.

Rise of the machines

With its new plant, Gage Brothers will make a clean break from its previous approaches to production. The use of robust machinery and intelligent software will optimize the entire process chain and allow employees to complete tasks with “more brain with less brawn.”

“We are applying automation and other innovative manufacturing technologies to replace repetitive tasks previously done by employees,” said Kelley. “Through on-the-job training, we will also enable our employees to focus on higher value-added elements in the manufacturing process, such as process control and quality control.”

Concrete will be delivered to pouring stations through the use of “flying buckets,” a system that has a long history in Europe but is relatively new in the United States. The buckets will reduce the time takes to deliver concrete to pouring stations by one third, all but eliminating the current wait time for concrete.

An automated rebar bending machine will produce the same number of beam and column ties in an hour that it currently takes six hours to produce by hand.

Additional intelligent machines such as hydraulic formwork systems will save worker hours and greatly reduce the risk of back strains and sprains for employees.

“Our new plant will harness both automation and manpower in our manufacturing operations, and we expect to maintain our significant workforce in Sioux Falls,” said Kelley. “Our goal is to increase production by 60 percent with only a 20 percent increase in workforce.”

Perhaps the most valuable benefit automation will afford to Gage Brothers employees is a more predictable work schedule.

All manufacturing operations will be under one roof, which will result in fewer bottlenecks, greater operating efficiency and streamlined use of space.

The use of flying concrete buckets will also reduce idle waiting times for workers and give them better control over daily tasks—making it possible to know what their day will look like and when they can go home.

“Automation will empower our workforce by streamlining processes and helping them to do their jobs more efficiently,” said Kelley. “I believe this technology will not only make jobs easier, it will also take away many mundane tasks which will create opportunities for more flexible and fulfilling work.”

Gage Brothers has been creating concrete solutions in Sioux Falls since the Woodrow Wilson administration.

It all started in 1915 when William Gage and Harold Gabel began pouring sidewalks for Sioux Falls. Albert and William Gage, Jr. followed in their father’s footsteps and the company was incorporated in 1946. The cousin consortium of Fred, Tom and Al Gage Jr., became the third generation to lead the company in the late 1970s.

Gage Brothers continued to grow and built a reputation based on impeccable workmanship, attention to detail and a dedication to service. In 2008, Gage Brothers began the transition from a family business to an employee-owned company with the implantation of an employee stock ownership plan.

“For more than 100 years, Gage Brothers has maintained a significant manufacturing presence in Sioux Falls, and we look forward to building on that legacy through the construction of our new, cutting edge plant,” said Kelley.

Construction is expected to begin this summer, with completion slated for January 2019. A ground-breaking ceremony will be announced at a later date.

Gage Brothers Concrete Products Incorporated (gagebrothers.com) was established in 1915 by members of the Gage family and now employs more than 250 employees in northwest Sioux Falls. Employee-owned since 2008, Gage Brothers has a proud tradition of being a leading manufacturer of innovative architectural and structural precast concrete products. Products manufactured at the Sioux Falls plant can be found throughout the upper Midwest, including projects throughout Colorado, Iowa, Minnesota, Missouri, Montana, Nebraska, New Mexico, North Dakota, South Dakota and Wyoming. The Midwest’s premier precast concrete company registered $40 million in sales last year.