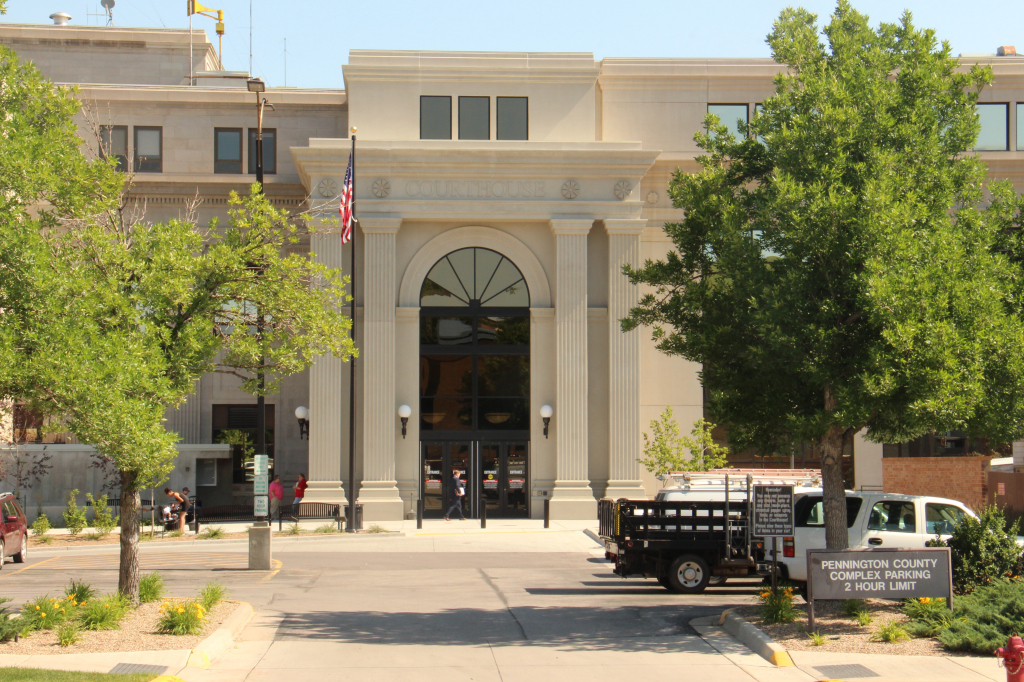 Gage Brothers has been named a winner of a 2018 Construction Industry Center (CIC) Craftsmanship Award for its production of panels for the Pennington County Courthouse addition in Rapid City, South Dakota.

The CIC Craftsmanship Awards honor work in various trades on both commercial and residential construction projects during the 2018 calendar year. Gage Brothers received the award in the Commercial Category.

“We are honored to have received such a prestigious award in today’s competitive and challenging construction environment,” said Joe Bunkers, Vice President of Preconstruction. “Our team of carpenters, led by supervisor Bill Crossley, architectural planner Gary Steinke and architectural production manager Adam Struck are truly the ones who deserve this award for their dedication and superior workmanship.”

Gage Brothers, CO-OP Architecture and Fennel Design had the opportunity to work with Pennington County officials to create a new entrance to the courthouse, a modern neo-classical structure that was built in 1922.

The new courthouse entrance is designed to historically match the existing facility and provide more functionality. The end result is a grand new entrance that solves drainage issues, security, security space and removes barriers by ridding of excess stairs and level changes. The space added much needed square footage for the courts and has tied the previous buildings together. It has truly become the new front door for the courthouse.

Added Bunkers, “We would like to thank all of our partners involved in this project including Jared Carda of CO-OP Architecture, Fennel Design and Ainsworth-Benning Construction.”

The owner wanted to tie in the link between the original courthouse, a limestone modern neo-classical building, with its 1980 precast addition. The detail work required very complex form work and details. The formwork incorporated multiple projected varying elements that required form and structure to hold up for multiple pours and to accommodate changes throughout the duration of the production.

Along with the complexity of the forms, the panels needed to be insulated to provide the necessary thermal break for their enclosure. There were also many single-use forms that required great skill from Gage Brothers carpenters.

The required lettering style reflects an earlier era, with projected letters on the panels instead of the typical recessed style commonly used today. This was achieved with the use of a CNC machine.

Rosettes were created using  Revit modeling and creating a 3-D model, so the owner and the architect could visually see the rosette image that combined features from 1922 to the 1980 rosettes. The CNC machine was used to create the shape for form building.

Early on, efforts were taken to create a color and finish that blended in closely between the two existing structures. Large returns were a major element to the project, and a great deal of time was dedicated to ensuring the product match the client’s expectations.

One significant element with the large returns are the massive fluted columns that stabilize and strengthen the front elevation. These flutes were crafted by Gage Brothers carpenters with immense care and detail in their form. Even the mechanical penthouse called for unique forms to complete this link between the structures.

To make this courthouse addition into a reality, carpenters spent 1,047 hours building, placing and changing forms for this project. In total, Gage Brothers cast 81 pieces for a total of 264 yards (7,842 square feet). 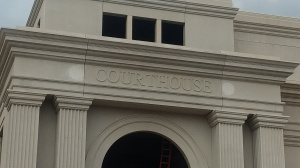 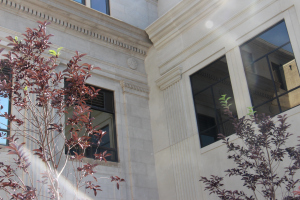 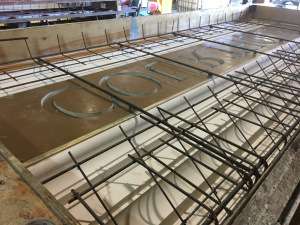 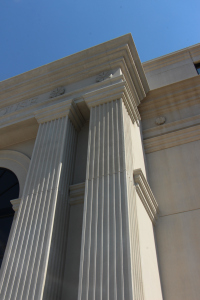 Gage Brothers will receive the award at the 64th Annual Construction Industry Center Meeting of Members on March 2 in Rapid City, South Dakota.