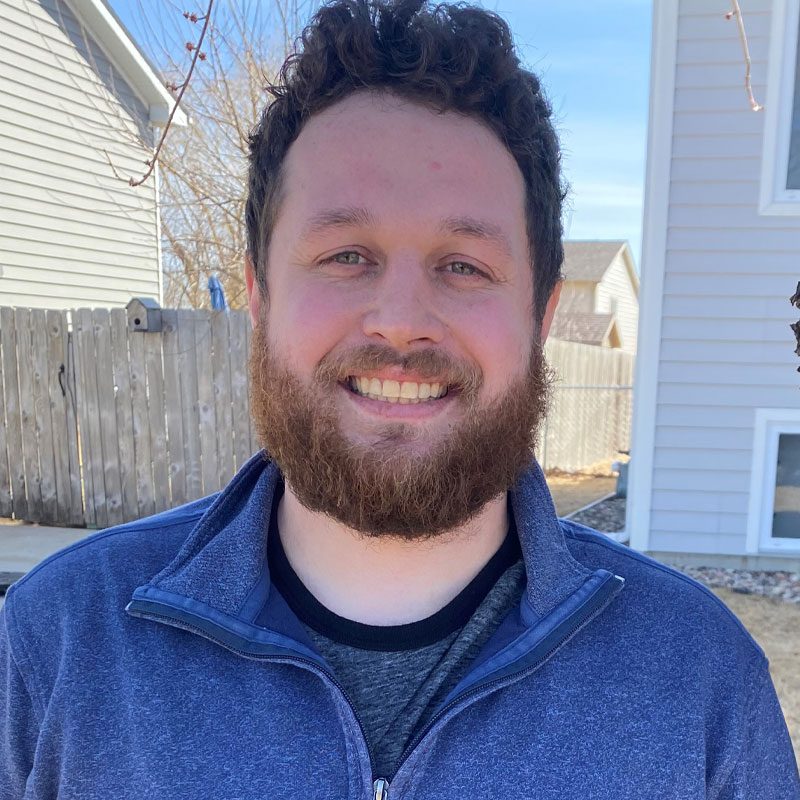 Caleb Merrick started his career at Gage Brothers in 2016 as a Quality Control Technician. He then moved into the Preconstruction Team as an Estimator, earning his PCI level one and two Certifications and ACI Certification.

Caleb holds a Bachelor of Science in Conservation and Biodiversity from the University of South Dakota. When not at work he is an avid sports fan and can be found around the pool hall. Consistent with his conservation major, he spends a lot of his free time in nature, taking pictures and marveling at the wonders that can be found in the many species of animal that share our planet. Caleb enjoys caring for his pets: a dog, a tortoise and a pair of praying mantises.